In The Deep End

Eco-activism has Punjab’s polluters in a tizzy 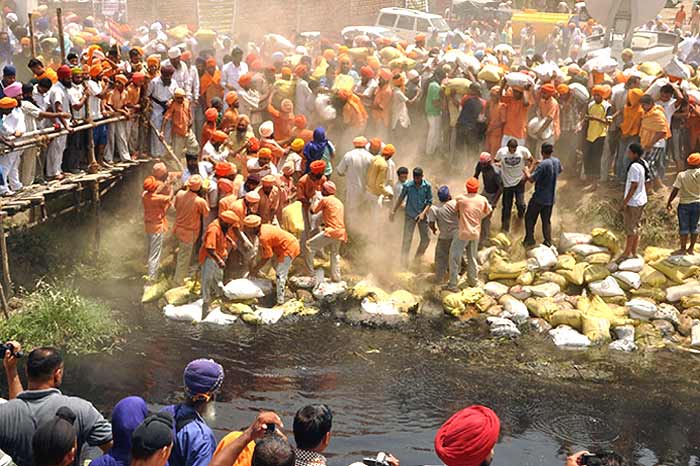 The industrial and organic pollution of major rivers like the Sutlej and Beas in Punjab has continued without impediment for years, bringing death and disease not only to Punjab’s southern districts but also to Rajasthan, into which the waters of the two rivers have streamed via the 2,000-km Indira Gandhi canal. It has taken a people’s movement spread across the two states to get Punjab’s jittery, election-bound government on tenterhooks and put its industrial lobby on the defensive. Ironically, the campaign is led by a member of the Punjab Pollution Control Board (PPCB), Baba Balbir Singh Seechewal, the state’s best known environmentalist and the most vocal critic of the PPCB.