In The Streets Of Dacca

The Bangladesh insurrection comes alive in this novel, so too the horrors, and the heroics of the people 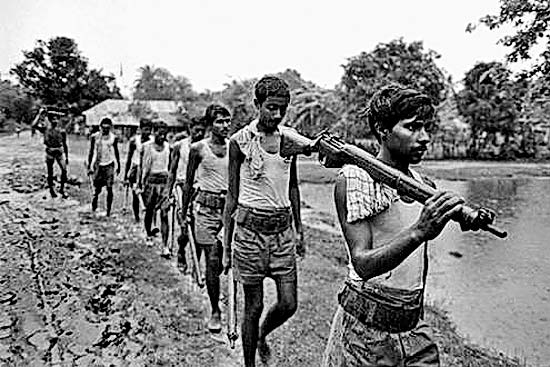 Even as the surrender documents were being signed almost to the month 44 years ago in Dhaka, I was appointed secret­ary of a committee to organise relief sup­plies to newly liberated Bangladesh. The assignment enabled me to make sev­eral visits there, on the first of which I found myself sharing a breakfast table with Sydney Schanberg, the great New York Times reporter who had been instrume­ntal in informing the world of the horrors inflicted on East Pakistan by Pakist­an’s armed forces. He remonstrated that the Indian army was taking far too much of the credit for the victory and denying the kudos due to the Mukti Bahini without which the defeat of the Pakistanis could never have been assured.

Anisul Hoque’s novel corrects the balance. Told entirely from the perspective of a non-political young man drawn into the vortex of the armed struggle, the Ind­ian army gets but a bare mention in it. So intimately is it woven into the fabric of the Bangla insurrection that it is difficult to classify this as a “novel”. It is the story of the mothers, sisters and wives who saw their lives being taken from them even as they suppressed their personal fears of the worst in the larger cause of the motherland. Anisul is perhaps Bangladesh’s most pop­ular writer, this book alone in its Bengali original having gone through 44 editions. It is easy to see why despite the stiltedness of the translation—which at far too many points reads like one with an idiomatic misstep here and an English transliteration—it is actually great literature in the original. The story is told with flu­e­ncy, almost telegraphically, as the aut­hor quickly sketches both the characters and his storyline before smoothly moving on to the next incident. There is a touching authenticity to the dialogues and the characters ring true.