The Centre says its stand that the CAG placed an audit on the price of the Rafale jets before the PAC was incorrect. 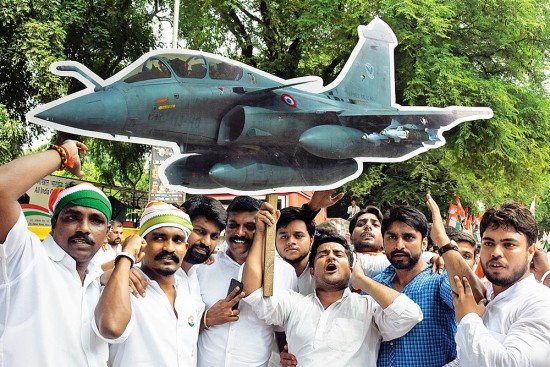 Saying that a part of the Supreme Court’s judgment on procurement of 36 Rafale fighter jets is based on an incorrect factual posi­tion, the Centre has applied for a correction in it. In its judgment, the apex court had ruled out a corruption inqu­iry against Prime Minister Narendra Modi. ‘Incorrect fact’ refers to the government’s stand that an audit report on the price of the jets was placed by the Comptroller and Auditor General (CAG) before the parliamentary public accounts committee (PAC). There has been a massive increase from the price per plane offered by Dassault during the UPA’s planned acq­uisition of 126 aircraft and the present inter-government deal signed by the Modi government for 36 fighter jets.

In its verdict, the court noted: “[A]s per the price details, the official respon­dents claim there is a commercial advantage in the purchase of 36 Rafale aircraft. The official resp­ondents have claimed that there are certain better terms in IGA qua the maintenance and weapon package. It is certainly not the job of this court to carry out a comparison of the pricing det­ails in matters like the present.” Despite alleged mismanagement and use of influence, there is as yet no trail of kickbacks unlike other def­ence scams. The petitioners had not pla­ced any material on record to show PM Modi or anyone else in government benefited from the deal. The petitioners—lawyer Prashant Bhushan, former NDA ministers Yashwant Sinha and Arun Shourie—say they will file a review petition. There has been public outrage about the supposed CAG report, whose draft had not been shared with the defence ministry or the PAC. putting the attorney general in an embarrassing position.