Make no mistake, these are the best times for comedy, humour and satire. A comic will speak till the cows come home. Try stopping and you shall be the next joke. 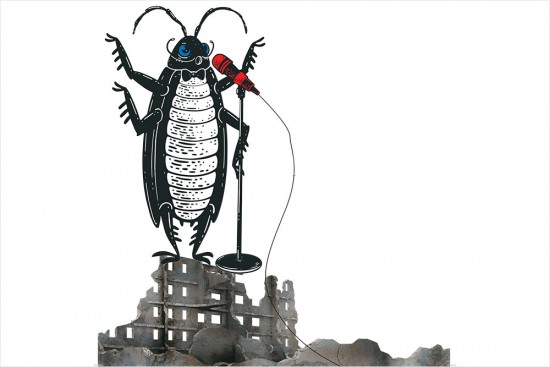 A couple of years back, I was invited to speak at the Karachi Literature Festival. During a conversation with a celebrated Pakistani satirist, I had said, “A society that stops laughing at itself is as good as dead.” I had no idea then that it would turn out to be a prophecy. Not only are Indians today forgetting to laugh, they have also developed an abhorrence to humour. So much so that any joke can be a crime, and we are not even living in North Korea yet. Let it be said though that North Korea and its megalomaniac leader are a delight for satirists and memers across the globe.

Comedy shows are getting cancelled left, right and centre, comics are being booked, threatened, while elections are being fought with religious fervour, pandemic notwithstanding. One extremely well-known Indian comic was booked when he spoke about two Indias. And he was not even speaking in India. He was speaking in the US. In one of his shows, a few long-distance deshbhakts, who live in the US, came to his show and shouted slogans against him. Now, here is what common sense would tell anyone. If you don’t like a show, a book or a film, why bother spending money and going for it. Unless you want to showcase your inte­llectual depravity in front of an audience. The good thing about this lot is that they don’t even real­ise how much fodder they provide to a comic. One woman had messaged me on social media saying, “You have no shame, you make fun of gods.” I checked out her bio and it said, “If my husband dies, I will marry another millionaire.” In the mood for some fun, I politely replied saying, “Ma’am you have no shame, wishing for your husband’s death and marrying a millionaire?”, to which she replied, “One can joke about relationships but not god.” I was dumbfounded but could not control my laugh.