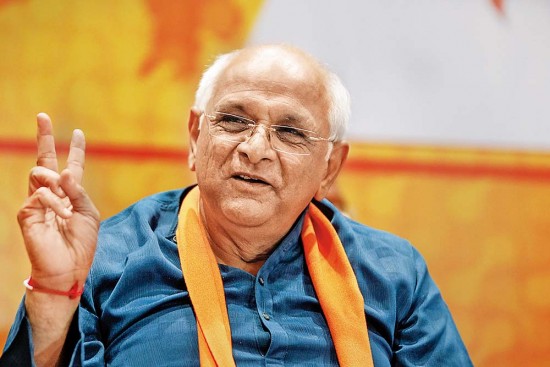 With 15 months to go for Gujarat ­assembly polls, the BJP named the relatively low-profile first-time MLA Bhupendra Patel to replace Vijay Rupani as CM. The party’s choice took everyone by surprise. Even Patel’s family had no inkling until his name was announced at the televised press conference. There could be a number of reasons behind the change at the helm ahead of polls, including the caste factor—Rupani belongs to the Jain community and there were indications that the BJP would pick a Patidar leader—and discontent over handling of the Covid pandemic’s second wave. At the peak of the second wave, the high court found the state’s preparedness to be “not satisfactory and not transparent”.

When Rupani had replaced Anandiben Patel as CM a year ahead of the 2017 ­elections, a section in the party had questioned the wisdom of the decision. Nonetheless, when the party won the elections—albeit with a lower  tally of 99 seats of the total 182, compared to the previous 115—Rupani continued as CM. This time, however, the BJP  did not want to go to polls with the incumbent CM. Among the names doing the rounds was that of deputy CM Nitin Patel, but what swung the choice in the 59-year-old Bhupendra Patel’s favour is the fact that he has a strong base in the Patidar community, say senior leaders. An engineer and a builder, he is considered close to Anandiben Patel and had contested assembly elections from Ghatlodiya—a seat she vacated in 2017—at a time when Patidars were angry with the BJP. He won by a record margin of 117,000 voters, the largest in any Gujarat constituency for his party in that election.

“Gujarat is a matter of the party’s prestige. As both PM Narendra Modi and home ­minister Amit Shah are from the state, the party ­cannot afford to loosen its grip,” says a senior BJP leader.

(This appeared in the print edition as "A Safer Bet In Gujarat?")