Poet and activist Meena Kandasamy visits ground zero of the grassroots movement down South to understand the caste divide in the state. 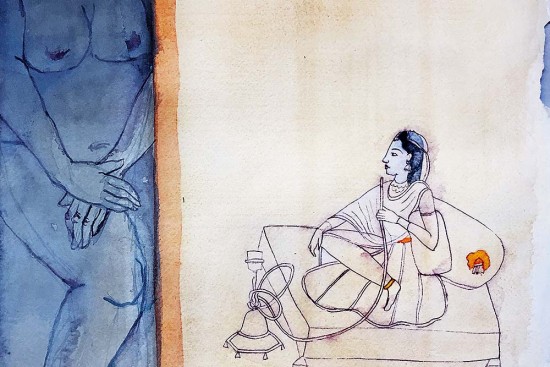 Sometimes, a photograph arr­ests your attention and holds you in its thrall. Right at the moment of your first encounter with the image, you feel it is iconic. You gaze at it in the knowledge this is a picture that captures a poi­nt in space and time, a picture that is simultaneously history and the future, one that marks the shape of things to come. It heralds the arrival of something new. It pulls together something timeless.

I was in Belgium when I first spotted that sun-drenched photograph on Twitter—a proud wom­an wearing a bright blue sari, holding high a fra­med portrait of B.R. Ambedkar, and behind her, other women carrying a red-and-blue flagpole painted in the colours of Viduthalai Chiru­thaigal Katchi (Liberation Panthers Party, i.e., VCK) in their arms decked in bangles. It was Sep­tember 5. Peering from behind the sea of heads and four VCK flags were two young children. There were two middle-aged men, both onlookers. Bang at the centre of the picture, without app­earing to intrude into it, was a young man in a pink shirt beating a drum with an intense, faraway look in his eyes.