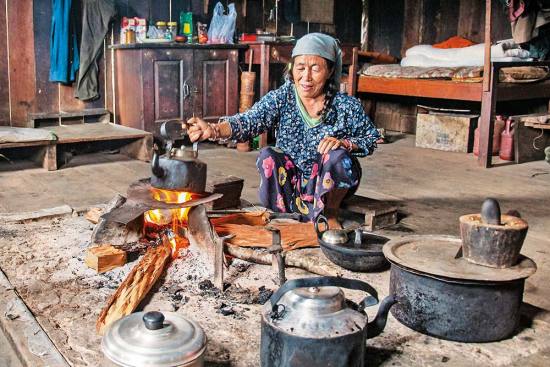 A couple of years ago, as the story goes, a woman approached the Arunachal Pradesh State Com­mission for Women accusing her husband of having an extramarital affair, and of neglecting and inflicting mental torture on her and their two minor chil­d­­ren. The husband, a serving bureaucrat, appeared before the commission after a long delay, and after protracted negotiations, agreed to his wife’s demand for maintenance and ownership of a part of the property acquired during the per­iod of their marriage. But even before the settlement could be implemented, she allegedly spat on him in a fit of rage one day. The man quickly sought div­orce, accusing her of hurting his dignity.

This tale would have been one among countless cases of marital discord but in the largest state in the Northeast, it follows a pattern. Of women left to fend for themselves in a society where polygamy among men is not only rampant but also sanctioned by customary laws among Arunachal Pradesh’s 20-odd major tribes, besides over a 100 sub-tribes. In Northeast’s tribal states, customary laws have primacy over state laws in matters of marriage and property.  “Such instan­ces are many in Arunachal Pradesh and they arise primarily out of polygamy,” says Radhilu Chai Techi, chairperson of the women’s commission. “The fact that women have no right over property adds to their woes as they are not economically empowered enough to leave such relationships to return to their families and have to continue to suffer,” she adds.

It was in this backdrop that the commission, along with Arunachal Pradesh Women’s Welfare Society and the Aru­na­chal Pradesh State Commission for Protection of Child Rights, drafted a bill to push for socio-economic security and equal rights for women. The draft of the Arunachal Pradesh Marriage and Inheritance of Property Bill, 2021 has been sent to the state government for consideration. As expected, a push-back has begun from the male-dominated civil society organisations, with critics terming the proposed legislation as an affront to the tribal way of life.

And it is such logic that frustrates Gaby Miyum Damin, a PhD scholar in the sociology department of the Shillong-based North Eastern Hill University, who specialises in gender studies. “How does a society claim itself to be democratic when all the community-based organisations and student bodies have barely any women representation? Most of the community-based organisations and student bodies render lip service to gender equality by having a namesake women’s wing, relegating it to essentialist ‘women’ activities and with hardly any decision-making power,” she wrote in recent article. “How can they claim to be representatives of a community when the women of their tribes are missing and invisible in important positions of their organisational structure?”

On the face of it, women appear to occu­­py a higher position in the social hierarchy of the tribal societies in the Northeast as compared to rest of the country. But reality presents a harsh and totally contradictory picture. In its 33 years of statehood, Arunachal Pradesh has had negligible presence of women in the assembly, with only three in the current 60-member house. The state hasn’t ever had a woman representing it in Parliament. Even in the matrilineal society of Meghalaya, patriarchy runs deep, often couched as tribal social norms. In 2018, an autonomous district council had drafted a bill to strip women of scheduled tribe status and all privileges attached to it, like the right to inheritance, if they marry outside the community. The bill was never passed but exposed the gender fault lines in the Christian-majority state. 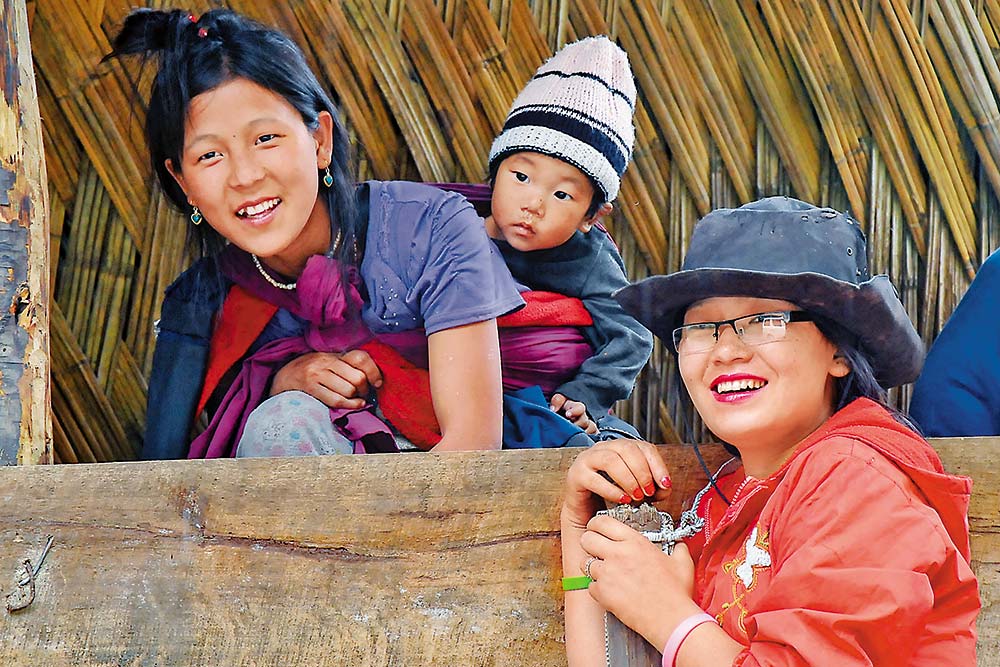 The draft Arunachal Pradesh bill has also raised concerns on similar lines, especially the sections concerning the proposed rights of an Arunachal Pradesh Scheduled Tribe woman, married to a non-tribal, over immovable property that is passed down or owned and acquired by her. At present, customary laws bar tribal women married to non-tribals as well as tribals from other states from owning or acquiring immovable property. These provisions have come in for sharp criticism, with the draft bill being labelled as “anti- tribal”, “anti-Arunachal” violative of customary laws and an “invitation” to outsiders to take over tribal land through marriage.

The latest friction point in Arunachal Pradesh—drawn from the Special Marriage Act, 1954, the Hindu Marriage Act, 1955 and the Christian Marriage Act, 1872 among others—primarily focuses on the legal status of marriage, procedure of marriage registration, property right of wife, widow’s rights, alimony and treating polygamy as an offence, among others. Techi says the draft has been submitted to the government. “The chief minister said he would look into the matter, but that wider consultation was necessary before taking a final decision.”

However, Arunachal Pradesh home minister Bamang Felix says that the women’s panel drafted the document without consulting the state government and did not qualify as a bill. “It needs to be approved by the government and the concerned minister, and examined by the law department. It is only after that the cabinet will deliberate on it before it can be construed as a bill and placed before the assembly,” he says. “Being an advisory  body, the commission’s proposal is not binding on the state government.”

Several organisations have said they will not allow such a bill to be enacted into law unless a tribal woman marrying a non-tribal is stripped of her ST status and associated benefits. “It is an attempt to change the customary laws and traditions of the people,” says Tobom Dai, the general secretary of the influential All Arunachal Pradesh Students’ Union. “We are not against the women of Arunachal Pradesh. But the government should first publish the draft it has been preparing on the issue of the offspring of non-tribal men married to tribal women,” he said. The Adi Students’ Union says men and women have enjoyed equal rights in tribal societies since time immemorial although customary and traditional laws allow land to be given to men.

Damin, however, sees no merit in the concerns of those opposed to the draft bill. “It is not about tribal women marrying non-tribal men and their property rights. The real issue is the inability to accept that women will acquire property, have access to divorce, alimony, have a way out of abusive and polygamous marriages and live a life of dignity, all of which will ultimately dent the privileges and power tribal men have enjoyed under customary laws since time immemorial,” she says.

According to her, archaic customary laws are conveniently used to counter gender reforms, particularly in the context of property rights. “Customary laws are a crucial aspect of any tribal society, but that doesn’t mean that they are beyond reform. Is the basic structure of any tribe based on the denial of right of property to its women?” she questions.

Techi also finds such arguments tenuous and brushes aside arguments that the women’s commission should only discuss polygamy and not property rights. “These two are deeply interlinked. How can polygamy be removed  when the first wife cannot return to her family and claim any share of property?  The day a husband finds another woman, she has to accept the second wife or is shown the door. And because the woman has to think about the welfare of her children, she accepts polygamy,” Techi adds.

But in a society where even a former chief minister had nearly half-a-dozen wives, it would be hard to break a mindset that condones polygamy.