Tejashwi faces an uphill task to prevent Nitish Kumar from coming to power for the fourth time in a row. His biggest challenge is to keep his party flock together 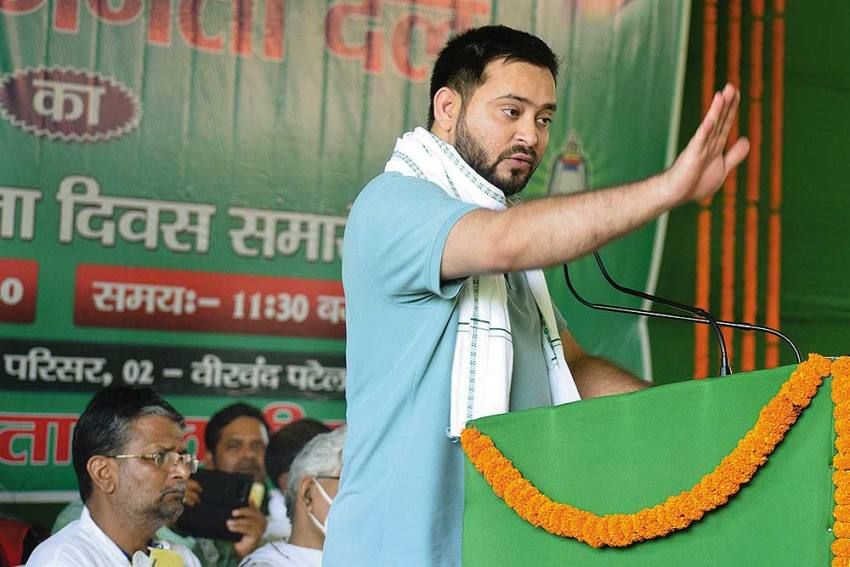 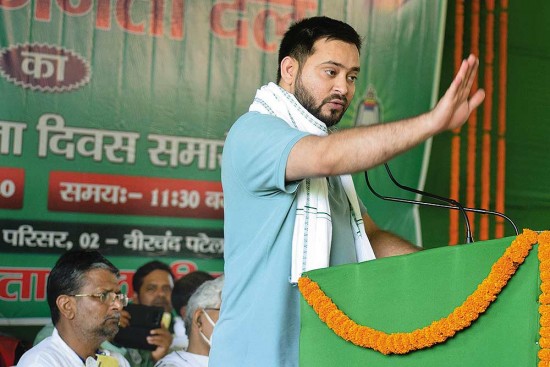 Ahead of the assembly polls in Bihar—set to be fought over the pivotal plank of 15 years of Nitish Kumar versus 15 years of Laloo Prasad Yadav—the RJD appears to have put its final card on the table. Tejashwi Prasad Yadav, who is steering the RJD in the absence of his incarcerated father, has sought forgiveness from the people of Bihar for any mistake his party might have made during its reign from 1990 to 2005 in the state. “Yes, we had been in power for 15 years, but I was a child then. I was not in the government…. One cannot deny that Laloo-ji had done social justice. That was another era, but if we made any mistake or did any lapse, I am sorry for that,” Tejashwi announced at a party function recently, much to everyone’s surprise.

The 30-year-old leader’s stand is at variance with his party’s usual approach of brushing aside all allegations against the Laloo-Rabri Devi regime, which are still believed to have led to the RJD’s def­eat in successive polls. Tejashwi’s apology for mistakes made during those years is an apparent bid to disown the baggage of the past and make a fresh beg­inning, while blunting the Nitish-led NDA’s campaign against the Opposition alliance. In virtual interactions over the past few weeks, the CM has directed the ruling JD(U) cadre to “spread the word about what…anarchy prevailed during those days (the RJD years),” giving ample indication that this will remain the key issue for the NDA as in previous polls. NDA leaders mocked Tejashwi for saying sorry for the RJD’s mistakes. Deputy CM Sushil Kumar Modi says Laloo’s family does not deserve to be pol­itically pardoned for Bihar’s “15 years of dark age”. “Development came to a standstill even as Dalits, ‘backwards’ and traders were being killed,” the BJP leader tweeted. Sushil says Laloo shamed Bihar by ushering in poverty and violence, but “never atoned for it or offer any apology”. “The people finally had to punish him,” says the BJP leader. 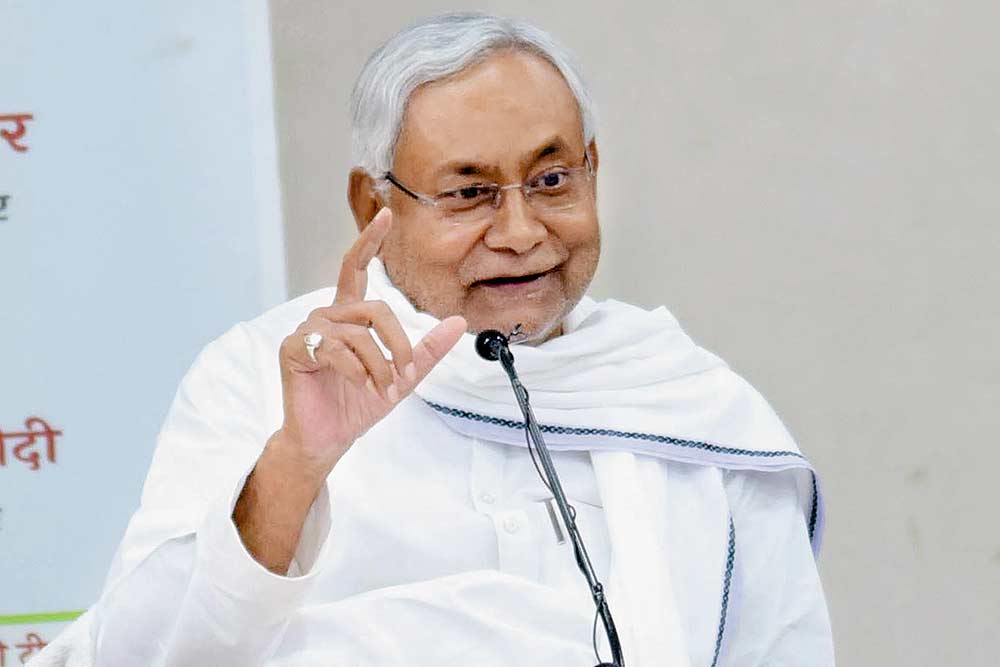 Neeraj Kumar, minister for information and public relations in the Nitish government, says Tejashwi must name those responsible for the crimes committed during his parents’ rule. “Tej­­as­hwi seeks forgiveness for the mis­­t­akes of RJD rule, but also propagates Laloowaad in the same breath,” he says. “Has he forgotten that Bihar witnessed 18 massacres during an era known for crime, anarchy and corruption?”

Undeterred, Tejashwi says only those who have a spine can bend. “Can they (NDA) apologise? They should tell people what they did. Did migration stop? Did they provide employment?” the former deputy CM asked on the 24th foundation day of the RJD on July 5. “Nitish owes his rise to a great ext­ent to those 15 years of RJD misrule and he apparently thinks the issue is still a potent factor in elections,” says political analyst Nawal Kishore Choudhary. “Tejashwi’s dec­ision to say sorry may help in improving his image as a leader flexible enough to understand the ground realities, but it may not be enough for returning the RJD to power.”

Tejashwi indeed faces an uphill task to prevent Nitish from coming to power for the fourth time in a row. His biggest challenge is to keep his party flock tog­ether, while also impressing upon his all­ies to remain united in their fight against Nitish. Recently, five of the eight MLCs of his party defected to the JD(U), while RJD national vice president Raghuvansh Prasad Singh resigned protesting the induction of controversial former MP Rama Singh, who has criminal antecedents, into the party against his advice. Tejashwi had to put Singh’s entry on hold, exposing the acute differences within the RJD’s top rung.

Tejashwi also has to win back the trust of allies like the Congress, Upendra Kushwaha’s Rashtriya Lok Samata Party (RLSP), Jeetan Ram Manjhi’s Hindustani Awam Morcha-Secular (HAM-S) and Mukesh Sahni’s Vikashsheel Insan Party (VIP), who are apparently slighted at being ign­ored by the RJD. None of them has so far accepted Tejashwi as the CM candidate of their mahagathbandhan, even though he leads its largest constituent. Though these leaders continue to swear by Laloo as the guiding force beh­ind the alliance, they seem to have enough reservations about his young son and have also pressed for the formation of a coordination committee to discuss issues such as selection of the CM candidate. “The name will be dec­ided at the meeting of all alliance partners,” says RLSP president Upendra Kushwaha. “Our priority is to oust the NDA government from power.”