Bill It To The L-G, Please

BJP ramps up battle for Delhi with contentious legislation, AAP caught on the wrong foot 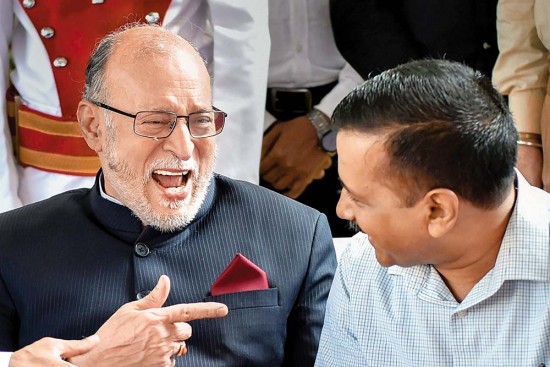 In July 2018, a five-judge ­Constitution Bench of the Supreme Court emphatically decided that Delhi’s “Lieutenant Governor has not been entrusted with any independent decision-making power” and has to “either act on the aid and advice of the council of ministers or he is bound to implement the decision taken by the President on a reference being made by him.” As it turns out now, the 2018 judgment in the Government of NCT of Delhi v. Union of India was a pyrrhic victory for Delhi chief minister Arvind Kejriwal.

Since assuming the role of the nat­ional capital territory’s top executive in 2015, Kejriwal had routinely argued that Delhi’s Lieutenant Governor—nominated by the Centre—prevented his government from performing its day-to-day duties citing ambiguities in the Constitution over the separation of powers between the NCT’s elected head and nominated administrator. Following a three-year-long legal battle, the unanimous apex court judgment had finally brought clarity over the constitutional mandate of Delhi’s Executive, its elected representatives and the L-G. Indeed, the main judgment authored by then Chief Justice Dipak Misra and two concurring judgments authored by Justices D.Y. Chandrachud and Ashok Bhushan had also warned the L-G against being an “obstructionist”.