Originating from colonial era carve-ups or post-independence redrawing of boundaries, territorial disputes between states fester on in low simmer or indifference, before they flare up in violence. 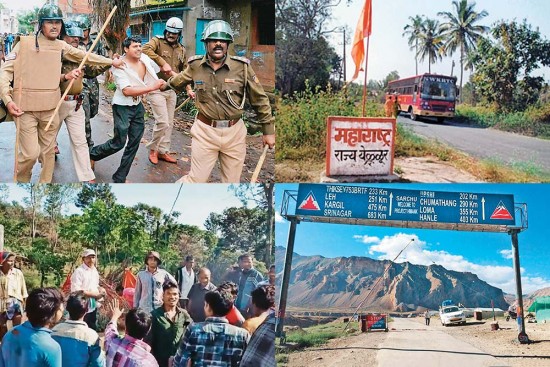 India, said Dr. B.R. Ambedkar, is an “indestructible Union of destructible States”. It is on this principle that, in the over seven decades since countless provinces under British and princely control were integrated to form the Indian Union, several states were reorganised to form newer ones. The justifications, stated or tacit, for this constant jugglery of inter-state borders by successive governments have ranged from evolving greater cultural and linguistic cohesion within one geographical unit to ensuring equitable economic prosper­ity across bifurcated territories of a carved-up state.

The process of building greater harmony within the “indestructible Union” by slicing up the “destructible states” every few decades has often caused greater disharmony. “The recent interstate flare-up along the Assam-Mizoram border (six Assam pol­ice personnel were gunned down by their Mizoram counterparts) is a frightening reminder of the perils of allowing border disputes to fester…. Successive governments, while showing an urgency in carving up new states to serve various purposes, have shown varying degrees of inertia in addressing resultant disputes,” a former Union home secretary tells Outlook.