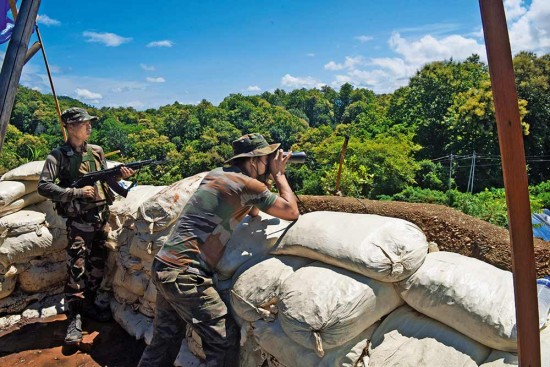 Two days before the recent flare-up on the Assam-Mizoram border, Union home minister Amit Shah was in the Northeast where he had a closed-door meeting with the chief ministers and senior officials of all the eight states of the region. Among other things, he was apprised of the simmering tension and sporadic clashes between the police forces of Assam and Mizoram over alleged encroachment into forest land. This was nothing new as border tension between the two states keeps erupting intermittently, like it does on Assam’s borders with other states, including Nagaland, Arunachal Pradesh and Meghalaya. The CMs were told by the home minister to ‘defuse’ the border tensions until a permanent solution could be found, says an official present at the July 24 meeting.

“This is what we have been doing for so many years—defusing the situation and maintaining status quo,” says a senior ­official in the home ministry. “If a ­problem arises, the tack has been to talk to the chief secretaries and DGPs of the states concerned and cool down tempers to avert a blow-up. Until the next time.”