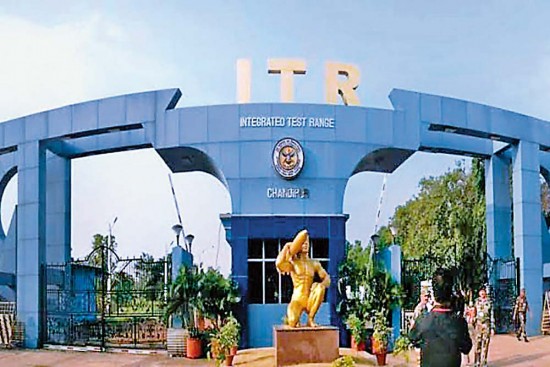 It’s a development that has got the country’s security establishment seeing red. In a chilling reminder of a similar incident in 2015, four contractual workers of Defence Research and Development Organisation’s high security Interim Test Range (ITR) at Chandipur in Odisha’s Balasore district were arrested on September 14 on charges of spying for a foreign intelligence agency, suspected to be Pakistan’s notorious ISI.

Earlier, on February 11, the additional district judge’s court in Balasore had sentenced Ishwar Behera, a former contractual cameraperson with ITR, to life imprisonment, on charges of spying for ISI. Behera was arrested on January 23, 2015, after sufficient evidence was ­gathered about his shady dealings with the Pakistani agency.

The four arrested on September 14—AC operators Basanta Behera (52) and Sheikh Musafir (32), generator operator Hemanta Kumar Mistry (52) and security guard Tapas Ranjan Nayak (41) posted at the ITR main gate—were booked under sections 120(B) (criminal conspiracy), 121(A) (waging war against India) and 34 (common intention), besides various sections of the Official Secrets Act. All four had been under surveillance since central agencies sent intelligence inputs about their dubious dealings. They were arrested only after substantial evidence was gathered about them, police said.

“The accused persons were in touch with foreign agents through various ISD phones, and received huge sums for passing on sensitive information,” IG (Eastern Range) Himanshu Lal said, without going into details.

Earlier, Balasore SP Sudhanshu Sekhar Mishra had hinted at the possibility of the accused having been caught in a honey trap. “Their social media accounts and call details are being investigated,” he had said on the day of the arrests. The accused were reportedly in touch with a woman from Uttar Pradesh.

Two days after the first lot of arrests, a fifth employee, Sachin Kumar Chhatta, driver of a senior ITR official, was arres­ted by the crime branch, which had taken over the investigation from Balasore police. All five were produced before the sub-divisional judicial magistrate’s court on September 18 and taken on remand for seven days. They are currently being grilled by a team of officers at the crime branch headquarters in Cuttack, to elicit more information about the secrets they have passed on, and if there were others involved in the espionage racket.

Given the sensitive nature of the case, it was inevitable that the National Intelligence Agency (NIA) got involved in it. A two-member team from the premier national agency’s Calcutta office reached Balasore on September 17 and interrogated Anurag Sen, chief security officer at the ITR, for nearly two hours.

Additional director general (crime branch) Sanjeev Panda, however, clarified that the investigation remains with Odisha Police as of now. “We’ll extend all possible cooperation to the NIA as and when it takes over the case,” he said.

Given the nature of the job of the four contractual employees, it was initially believed they could not have accessed any sensitive information about the ITR and its missile-testing programme. But the arrest of Chhatta, a regular employee and driver of a top ITR official who lives on campus, has added a different ­dimension to the affair. Investigators no longer rule out the possibility of ­involvement of senior ITR officials in the racket. They are hoping to get more leads during the ongoing custodial ­interrogation of the accused to crack the case at the earliest.

(This appeared in the print edition as "Spy By The Sea")