Identity politics may have driven many progressive social movements, but electorally, it dangerously whets the appetite of the electorate for internecine war 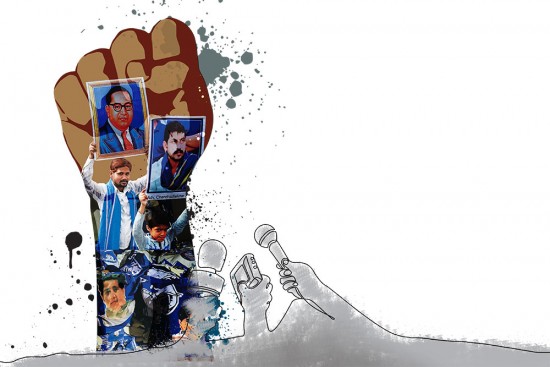 When former U.S. House Speaker Tip O’Neill coined the phrase that “all politics is local”, little did he realise that actually ‘all politics is identity politics’. From the Black Lives Matter movement, LGBTQ+, #MeToo to Dalit and Adivasi politics in India, identity politics has emerged as radical politics of emancipation in what author George Packer provocatively calls “multi-everything democracy”. Unlike conventional liberal politics of pressure groups or Mar­xist politics of peasants and working class of yore, the liquid modernity-era subalterns and the oppressed people all over the world have become more interested in material benefits and symbolic recognition (anerkennung) in terms of their group identities and status.

Though the term identity politics has come to be used so promiscuously that it has become something of a noise word, yet this Hegelian valourisation of “the politics of recognition”, in the words of philosopher Charles Taylor, has encouraged a more egalitarian discourse and made it possible for the voices of the previously disenfranchised to be heard and represented. Challenging all inherited stereotypes or signifiers of race, class, caste, and sexual preferences, identity politics has indeed crossed all bou­ndaries of political imaginary. If this ‘ima­gining of unimaginable’ has unlea­shed a vast range of electoral coalitions and choices unheard of, it has also produced such malleable hybrid identities that our identity has also become a paranormal double of a living person with a phantom self.

Are you surprised when women begin to love the dapperness of a suit and metrosexual men are comfortable with painted nails and rocking skirts? Or how else do you explain the rising popularity of radical self-love movements among black, fat and disabled women? Or are you still wondering about the populist surge of comedians-turned-politicians like Bhagwant Mann and Navjot Singh Sidhu in Punjab? May­be, when poker-faced comics are running for off­ice and politicians are trying to be funny, and politics resembles Kapil Sharma’s comedy circus, they reflect deep distrust in the regular class of Weberian politicians with ‘cold focus and hard reason’. We don’t know it, for sure, bec­ause neither Johnny Walker nor Mehmood, who mesmerised audiences with their comic acts, ever aspired to become politicians in the heydays of Nehruvian India. But the truth must be told here. While professional politicians are clowning everywhere, these new species of ‘Homo Deus’ of identity politics have emerged as the most powerful brand of anti-establishment politics and promotion of direct democracy in India and elsewhere.

Ask Arvind Kejriwal who has done the impossible. He has not only blunted furies of farmers’ movements in Punjab, he has also virtue-signa­l­led his brand of politics of identity through reality TV-style popular endorsement for his comedian CM candidate—it’s impact will be contagious—exaggerating identities of politicians as caricatures of ourselves in the emergent “regimes of narcissism and des­pair”, in the words of political psychologist Ashis Nandy. If all this sounds like a comic then you are living in another century! In other words, this new form of ‘politics of difference’ or ‘politics of dignity’ has indeed become the leitmotif of our “truth-challen­ged times”. Predictably, the identity-group agenda has become a new-age mantra of governance for both right-wing populists and left-wing liberals. While the West may be debating “after identity politics”, in India, it is just beginning, and bec­oming shriller every day. 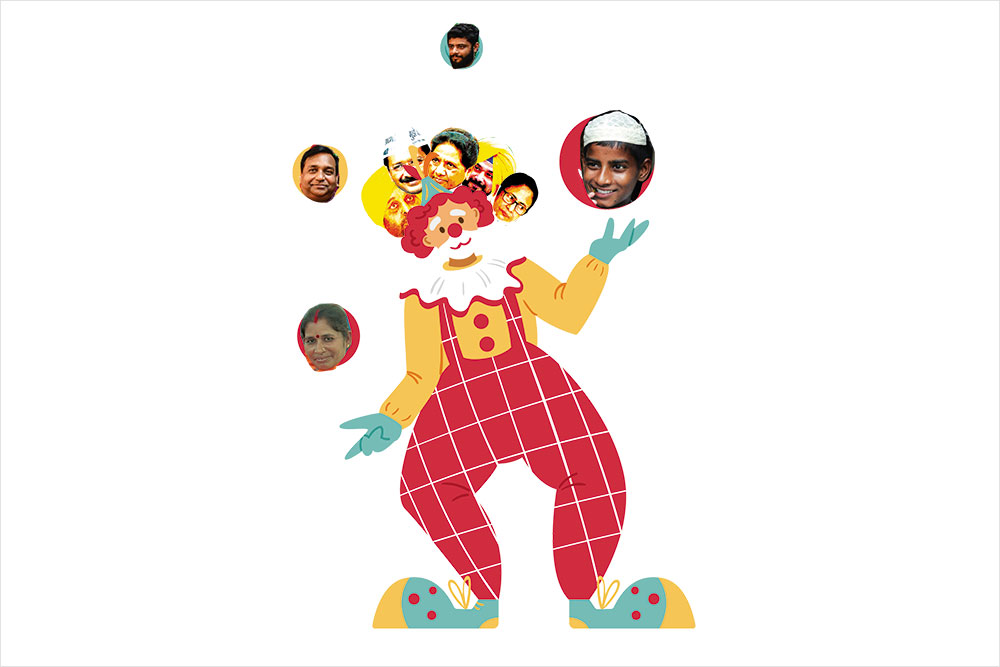 Consider the case of elections in India. Pol­itical scientists and journalists routinely report that ‘caste or community continues to be the primary building block of political affiliation’ in the egalitarian mechanics of democratic elections in the country. Elec­tions offer voters not only ‘an opportunity for the expression of citizenship’ but also acc­ess to governance goodies like MNREGA job cards or Ujjwala gas connections. In other words, the identity politics structures not only sacred to profane in elections, it also crafts a sense of a solidaristic and symbolic collective in a bitterly faction-ridden environment of patronage democracy, as political scientist Kanchan Chandra avers, and then using that image to determine policy priorities for citizens: who gets welfare payments, who gets employment priority. This may appear bizarre to rational-choice min­ded Westerners, but it is quite expected in a hierarchical society where caste and class converge to a great extent and where the plebeians are mobilised by so-called primordial loyalties of caste or community identity.

Unsurprisingly, while for the saffron-clad mascot of politics of Hindutva in Uttar Prad­esh, elections are essentially a face-off betw­een majority Hindus and minority Muslims, but the poster-boy of social justice politics of identity would have us believe that this time resurgent backward Mandal castes will def­eat forward caste votaries of Mandir. Thus, it may seem strange but an election is not just about contestation, as celebrated political scientist Robert Dahl would have us believe; it’s also about expression of identity, with or without facial prosthetics. And this partly explains why politicians rush to lifestyle gurus, beauty parlours and plastic surgeons for yoga lessons, hair dyeing, face-lifts, liposuctions, eye­lid operations and breast-lifts to acquire a mythic identity to look more dapper and chic. Come elections, all our identities are revealed in the vanishing daylight, and social coalitions are built around shared understandings of what it is to be, say, a lower caste subaltern or forward caste voter in the cacophonous ‘clash of civilisations’.

This is empowering for the historically marg­inalised groups and therapeutic for many, but it could also be horrific for some; a narcissistic and polarising version of identity politics can leave you afflicted with surreal fantasies of prejudices and biases. Hinting at the possibility of politics of identity being hostage of an ‘apocalyptic vision in which the former opp­ressor is brought low, and this vision parades as justice’, philosopher Martha Nussbaum has drawn our attention to locating politics of recognition in the prophetic vision of justice and reconciliation for rec­laiming a politics of universal humanity and solidarity. I can now imagine why in Mumbai’s Kala Ghoda Lit Fest, my co-panellist, film director Dibakar Banerjee, had startled the audience when he said, “The world is now divided between haters and non-haters.” Hope politicians and voters in Uttar Pradesh and elsewhere are listening!

Indeed, politics of identity has been the driving force of politics of social justice and multiculturalism, but let me caution you here tho­ugh. With every election—national or local—the appetite of the electorate in India and elsewhere for internecine warfare between identities (benign or malignant) has become more insatiable and the struggles over the booty of politics of identity have become more vicious, and frightening as well. In this new algorithm of politics of identity, in the Ayn Rand style of ‘sel­fie happiness’, demagogues with all stripes of ideology have flourished. Let us not forget that most charismatic, popularly elected leaders—a new generation of tyrants— infused with what Socrates calls megalothymia, “the tyrannical impulse of the soul to be superior to others”, have exploited the identity fault lines caused by the Nietzschean idea of ressentiment, as Pankaj Mishra has argued in his magnum opus Age of Anger. In other words, the dramatic rise of identity politics in mainstream politics in India and elsewhere is also regarded as both a cause and effect of the rise of popul­i­sm, resulting in ‘electoral autocracies’ or ‘back­sliding democracies’ around the world. In fact, scholars complain that “when groups feel threatened, they retreat into tribalism”, causing groups of people to become “more defensive, more punitive, more us-versus-them”.

In this environment of “Must Politics Be War?”, with over-normalised, hyper-real media images, mostly automated, augmented and simulated by trolls with bondage gear and swa­s­tika symbols, particularistic forms of identity politics also mask imperial dreams, hide necrophiliac political fantasies and justify ethnic cle­a­nsing of various sorts, including dividing people into vegetarian and non-vegetarian camps. Bla­ming both right-wingers and left-­wingers for letting us des­cend into the dystopian politics of recognition that often degenerates into a decaffeinated politics of isolation, anger, and grievance, political theorist Francis Fukuyama has recently war­ned against the dangers of identity becoming a nihilistic case of cynical narcissism or self-love for self-­preservation and survival. Curio­usly, Fukuyama, known for his neo-conservative past and Str­aussian philosophical moorings, celebrates India as the most luminous cradle of diversity of human life. No wonder, Babasaheb Ambedkar, fully suppor­tive of the civilisational div­ersity of India, had submitted a proposal bef­ore the Constituent Ass­embly of India for mak­ing India the ‘United States of India’ to und­erline the importance of what he called maitri or fellowship towards all forms of identities—ethnic, cultural or regional. Despite its limitations and challenges, identity politics, in short, has become the locus of exp­ression, exp­erimentation and exploration—particularly for those who cannot yet fully inhabit themsel­ves for fear of discrimination, or punishment in the real or virtual world. There­fore, it is better to get used to the fact that all politics is identity politics, even if it morphs into woke­ism until the universal politics of humanity and solidarity is rebooted against all forms of majority oppressions. As a poet I can’t help but conclude with the haunting words of Agha Shahid Ali. “And I, Shahid, only am escaped to tell thee—God sobs in my arms. Call me Ishmael tonight!”

(This appeared in the print edition as "Call Me Ishmael Tonight!")

Ashwani Kumar is a poet, political scientist and professor at TISS, Mumbai