From Lahore to Delhi, Dinesh Khanna follows in his father’s footsteps to capture extraordinary images. 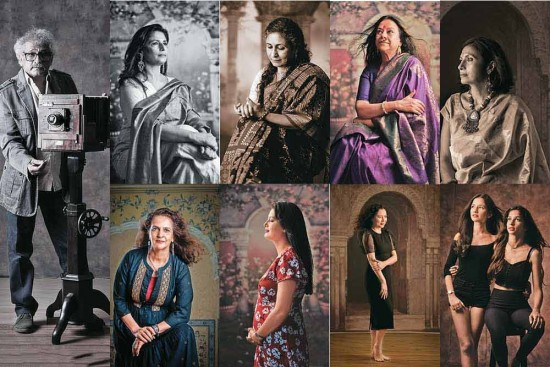 It took me many years to understand that we are inspired by photographers but are influenced by photographs. And once I did, I realised that my father, who was a photographer too, had been a very early inspiration, probably the very first one. And it was the 3-4 portraits he had shot, and which were displayed in my parents’ home, that had influenced my sense of and taste for portraiture.

My father was a Partition refugee from Lahore and spent his first few years in independent India working as a portraitist in Kinsey Brothers Studio in Delhi. Though I was too young to have seen him working there, the portraits he made of my mother as a young bride, or the two of them with my sister and me in classical studio style were like our silent companions, constantly sitting in the living room with quiet dignity, in their simple frames. And it is a style and approach I grew up loving and, unconsciously, adopting once I became a photographer myself.

However, it was the advent of digital photography and, more so, the mobile camera which, to my mind, ended the era of slow and deliberate studio photography because of the ease with which images could be taken now. So much so that most of these wonderful studios around the country were forced to down their shutters and they quietly disappeared. And with them so did the wonderful art of studio portraiture. Much to my distress and disappointment. With horror I saw people replacing the dignified and studied portrait with quick selfies, in whom the distinguishing feature seems to be pouting lips and victory signs. 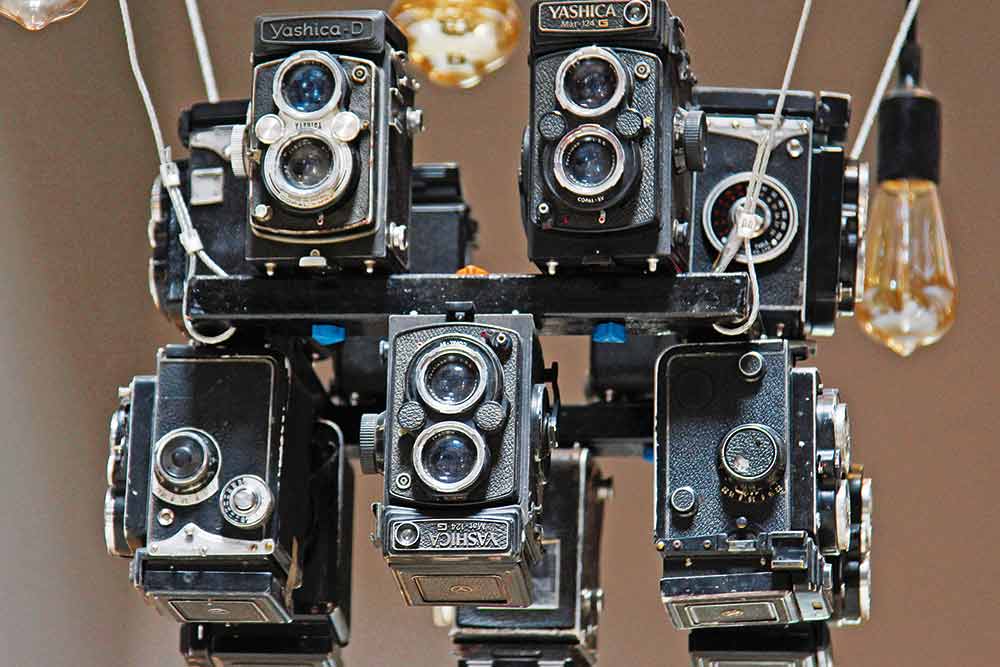 It so happened that a couple of years ago, my friend and fellow-photographer Aditya Arya was about to open his marvellous Museo Camera and we decided to shoot portraits of him, with his magnificent vintage cameras in the classical studio style. Painted backdrops, old-style furniture, cinematic lighting and a very direct but studied approach to making the image, which would hark back to the earlier years of photography. It was this series of images that made me feel that I would like to revive, in my own small way, the art and craft of Studio Portraiture. And since the last few years I have been inviting family, friends and colleagues...essentially people who I find inspiring, to come to my studio, and we make portraits of them in the style and aura of the old-world studios of yore.

The process is simple and what I think of as a ‘jugalbandi’ between my subject and me. I explain to them the kind of situations and backgrounds I want to shoot in and tell them that they need to think of posing in the way people used to in portraits from the 1920s and 30s. And since I am shooting with a digital camera, I keep showing them the images so that they are aware of how they are looking and this brings about the shared sense of creation. For me, this is a project with no ending or culmination, and I plan to keep making these studio-style portraits as long as I can as this is my salaam to an era which we have, sadly, left behind.

(This appeared in the print edition as "Framed Memories")

Song Sung Blue: Aashiqui, Violin Man And Other Stories From Here And There

Our Past In The Present

A Catalogue Of Melancholic Ghosts