Can Statues Teach Us About History? Do They Tell The Truth?

The statues mark a point of time; time removes them; the new statues represent some different ideology; common men and onlookers remain unchanged beyond their individual lifetime and psyche. 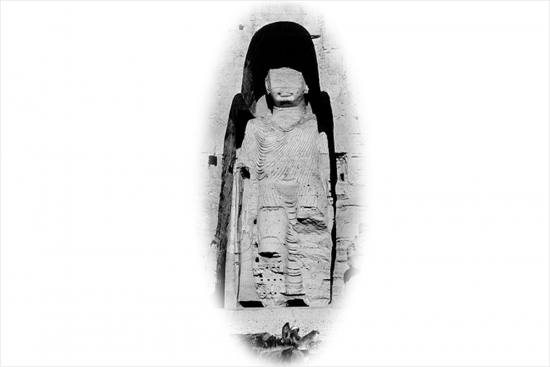 We used to meet at the plinth of the Netaji statue, at the crossroad where the shadow of the respected leader’s cap metamorphosed into a trusty sundial. It was the marker for rendezvous—destination and time. Time passed. The statue guides other people. The statues, while in existence, provide ample arrangements for the birds’ rest and rep­ose; they make grand aviaries. However, they are prone to be as fragile as the old trees amid the wind of change; they can hardly bend and bow to the gush and torrent like the weeds, the grass, and canes. Regimes shift, and so does the fate of the stones and the metals, and yet the authorities seem to invest in statues eve­rmore. Especially in statues of political figures. Perhaps, every figure and every abstraction is political.

We live in the chronotope balanced bet­ween Black Lives Matter and the uprising of the right wing, between des­e­cration and demolitions of the statues of passé idols, slave owners, confederates and colonial and imperial figures, and the elevation of enormous statues of Sardar Vallabhbhai Patel, Mayawati or Adi Shankar­acharya and so forth. The questions: why we need expensive statues and why we should remove or deface the ones already there are two seasons in the same sphere.

The statues mark a point of time; time removes them; the new statues represent some different ideology; common men and onlookers remain unchanged beyond their individual lifetime and psyche. The moment of erection is the brightest one in the lifespan of a statue. The gathering, loudspeakers, politicians, emissaries, tired singers crooning, confused doves and torn petals in the air—no weather can damp the mood. The counter-thinkers criticise. Higher the controversy, the busier all journalists become. The necessity of spending, say, a sum to the tune of Rs 3,000 crore shall remain a 210,000 cubic metre question. The statue rece­ives its pedestal, nonetheless.

The moment of erection always plagues the spirit. Its troubles are deep-rooted. The statues seem to overcompensate for a fading memory, or eroding ideology, faith, shivering throne. In the case of a demised personality, he has no say in the establishment or removal of his statue. He cannot select an artist, whisper some inspiration in his ears, or choose a location. Every now and then, the people who are alive get the chance to see the statue in the exact or approximate shape and size his or her heart desires.

On the other hand, the government erects the statues either of universal acceptance or in the likeness of its faces. The authority erects them sky-high ’ere its realm dies, and the sun sets on its fate. “Governments do so as a method of thought control, to nudge their citizens toward a particular view of the state,” wrote Jeffrey Miron, economist and scholar. In sooth, the tall structures and sculptures thus elevated are the idols the authority wants us to worship. It is not an unusual desire. It is the same way parents lift their fingers and point to facts and myths they think their offspring should pursue. Every species wants to repeat itself, rep­roduce a better version of its kind. Governments plant the statues and statutes in order to initiate and hegemonise a bloodline, establish a lineage so that its creed may continue to spread out bey­ond an era. Is not every deed acted out of the compulsion to survive a lifes­pan and beyond it? This is the universal excuse behind all the creations and demolitions.

“Statues can teach us about history, but they do not convey some immutable truth from the past. Instead, they are symbolic of the fixed ideas of a specific community regarding its past, as captured at a particular point in time,” Simon John wrote in his Statues, Politics and The Past article published in History Today. Polit­icians like Joseph Carruthers of New South Wales believed that statues do not only glorify the dead, but also ins­pire the living. Most of the time, older the statue, in my case, more dynamic is its spell. Its connection with literature or history flames in my mind. The Little Mermaid of Langelinie promenade hollows out my heart, hallows my yearnings. The Heracles as the protector of Buddha, as Bajr­apani, makes me a time traveller whisked off to the second century CE, into the world of Gan­dhara art. Wasn’t The Little Mermaid vandalised with the words ‘Racist Fish’ painted on it? Does not Gandhara art represent the shift of geopolitics of its era? There is nothing above debate; nothing is apolitical. Time red­uces the opposition, guides us to the finer details of the art itself. Then again, those two examples of talismans are powered by the magic of their respective contexts. We can be both attached and detached with the historical contexts at the same time; the choice is ours. The same rule applies to modern sculptures.

I ponder if the statues themselves are the bridges between the authority erecting them and the people on whom the shadows of those statues are cast. The in-group mass, those who support the establishment, may feel inspired by that statue. The same group may change its stance when the regime switches. The out-group people may hate the statue, and oppose the expe­nses acc­rued and the ideology it intends to imm­ortalise. The opposition may become ind­ifferent or tolerant to the statue after an indefinite time period.  “The statues are erected as a symbol of power, and when they are taken down (or fall down by themselves), they also are a symbol of loss,” wrote Tomás Straka in Life of Statues. “The pedestal, dev­oid of the monument that once cro­w­ned it, tells us of a kingdom that no longer exi­sts,” Straka scrivened. In the climax of Hirak Rajar Deshe (Kingdom of Diamonds), written and directed by Satyajit Ray, the mass and downtrodden of the dystopian kingdom are joined by their cruel king, by then brainwashed, in pulling down and shattering the enormous statue of the king himself. I cannot think of a more powerful and buoyant metaphor in the subject.

May be the enormous statues built by reigning governments aim to their permanency, difficulty in removal by some future counter-ruler. In the short story Lawley Road, R.K. Narayan through his protagonist Talkative Man depicts the kismet of the Sir Lawley Statue, tells us how a statue’s context can change the mindset of the masses. The presence of the past cannot be removed, and ironically the identity of the past might stir up a comedy of errors, confusion, and doctored narrative and counter-truth.

Remember Oscar Wilde’s the Happy Prince? From his vantage point the Prince or his statue covered with thin leaves of fine gold and bej­ewelled acc­ording to his lavish and happy life could see the sorrow and suffering the common people lived through. Prince did not know that form of life. His happiness was salted. What does Christ the Redeemer of Rio de Janeiro see now? Sardar Vallabhbhai Patel? Gandhiji? Dr. Ambedkar? What was the last visual memory of the Bamiyan Buddhas before their demolition? Scholar Ten-Herng Lai arg­ued that political vandalism—the unauthorised defacement, des­truction, or removal of political symbols—may be morally permissible or even obligatory. He thinks it is a form of civil disobedience.

Some statues are destined to stay erected in our memory, more so after their destruction. Creations and destructions are limited to the cache memory of the mass, because by toppling of statues or monuments and by changing the names of places and architecture, the rulers cannot erase the footprints of history. In the least history’s butterfly effect shall ripple into the future. On the other hand, I often think elimination opens up possibilities in some selected cases, even if for ano­ther ephemeral period. “To offset any fear of impermanence, sculpture is now accorded the monumentalism of architecture,” wrote Gautam Bhatia in his article All is Fragile; ask the Soviet-era monuments, ask the Bamiyan Buddhas. When the antipathy outweighs the tolerance the mighty ones turn into rubble.

Statues, in their very pith, are larger than the mortals whether they are memorials or some ideological and existential crisis of the politicians. Both the memories and the crisis are bigger than the existence. Both creation and demolition are larger than life. Sir Langley’s statue from the R.K. Narayan story exemplifies the same. Once a chum of mine asked if I had licked a statue. I had not. Will it leave a lingering taste of some cold and soulless coins on my tongue? Will it taste like hot noontime, sad afternoon, polluted nights, and unfulfilled wishes made witnessing a star-fall? Will the contact freeze my blood, immobilise me, turn me into a statue, no larger than my own height? Perhaps in that still life I shall contemplate the history and politics, the mortality of the eternal, the pointless necessities of the universe.

(This appeared in the print edition as "The Statue of Limitation")

Kushal Poddar is former editor of the Words Surfacing magazine, and an author