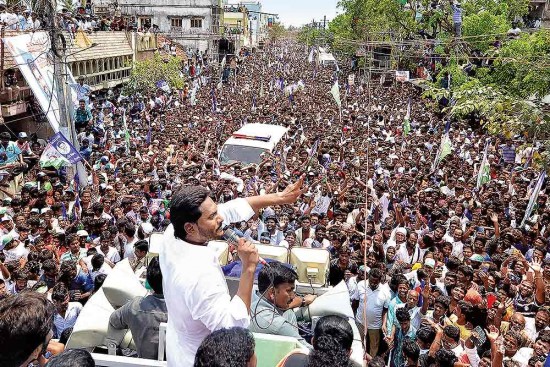 Janadesh’ or ‘peoples verdict’ in Andhra Pradesh is extraordinarily exp­licit. At least for the next five years, it is the end of the road for Nara Chandrababu Naidu and his family fiefdom Telugu Desam Party (TDP).  In its four-decade long history, the TDP’s tally of 20 out of 175 assembly seats is its lowest. Add to that a meager tally of three Lok Sabha seats. Credit is due to go to Y.S. Jaganmohan Reddy, who achieved a rem­arkable feat—His YSR Congress Party won 154 assembly seats, besides 22 of Andhra’s 25 Lok Sabha seats. Surely, his ‘historic padayatras’ endeared him to the common man.

The key lesson: pre-poll freebies and tall promises cannot be a substitute for failing to deliver during a five-year term. Regional satraps like Naidu and K. Chandrasekhara Rao should also be wary of boundless amb­ition and overweening arrogance. Cronyism in the aid of corruption is another canker. Use of friendly media houses cannot fool an aspirational, young electorate for long too.