What has led to this change of heart over the past few years for the Church, long seen to be anathemic to the Sangh Parivar? 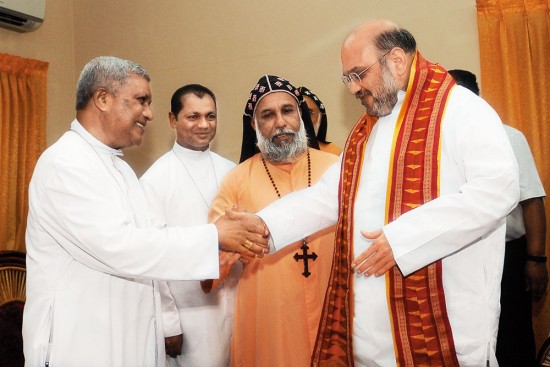 The growing proximity between the Church and the BJP is a perplexing reality today. The party’s ascendance to power in Goa and states in the Northeast with sizeable Christian populations is held up as a model for it to emulate in Kerala. The lat­ent Islamophobia among Kerala’s Syrian Christ­ian community is being tapped, with the clergy playing a key role in setting the stage. What has led to this change of heart over the past few years for the Church, long seen to be anathemic to the Sangh Parivar? As India marks the fifth ­anniversary of demonetisation, there seems to be an unlikely link between the two.

The Catholic Church in India is a conglomerate of trusts and charitable societies, incorporated on the basis of laws going back to 1886-87, with poor book-keeping and accounting practices. While ­religious activities are not taxable in India, many such trusts carry out business activities without paying taxes, thereby flouting the law.

In 2016, even before demonetisation was ann­ounced, Christian reform movements had flagged the violation of Foreign Contribution Regulation Act norms by various dioceses in Kerala, and the anomalies in their financial statements. Perhaps it was no coincidence that Kerala’s top clergy lined up to meet Home Minister Amit Shah during his Kerala visit in 2017, in a marked departure from the past, after the matter got escalated. It was also around this time that controversial land deals ­involving Cardinal George Alencherry, Major Archbishop of the Syro-Malabar Church, tumbled out into the public domain. The BJP has steadily engaged with the Church since then, but there was a crucial problem: the laity was not under the clergy’s control and wouldn’t change voting ­preferences overnight.

That’s how the bogey of ‘love jihad’ came in handy as the Syrian Christian community’s grievances on the economic front were sought to be channelised. The Church was at the vanguard of pointing fingers at Muslims and it gradually bore results, as evident from the widening cleavage ­between the two communities in Kerala.

The Catholic Church in India has a documented history going back to 300 AD, and is believed to have been established by Saint Thomas the Apostle. Till the Synod of Diamper in 1599, when the Portuguese Padroado with its presence in Kochi subjugated the native Saint Thomas Christians, they were in communion with the Church of the East (Persian Church) and followed Chaldean tradition. A decade after the Coonan Cross oath of 1653, when Saint Thomas ‘Nasrani’ Christians broke away from Portuguese control, the Pope directly initiated reconciliation with the Nasranis through the Carmelite friars. It ­resulted in 84 of Kerala’s 116 churches coming under the Holy See—essentially making up the Syro-Malabar Church today. 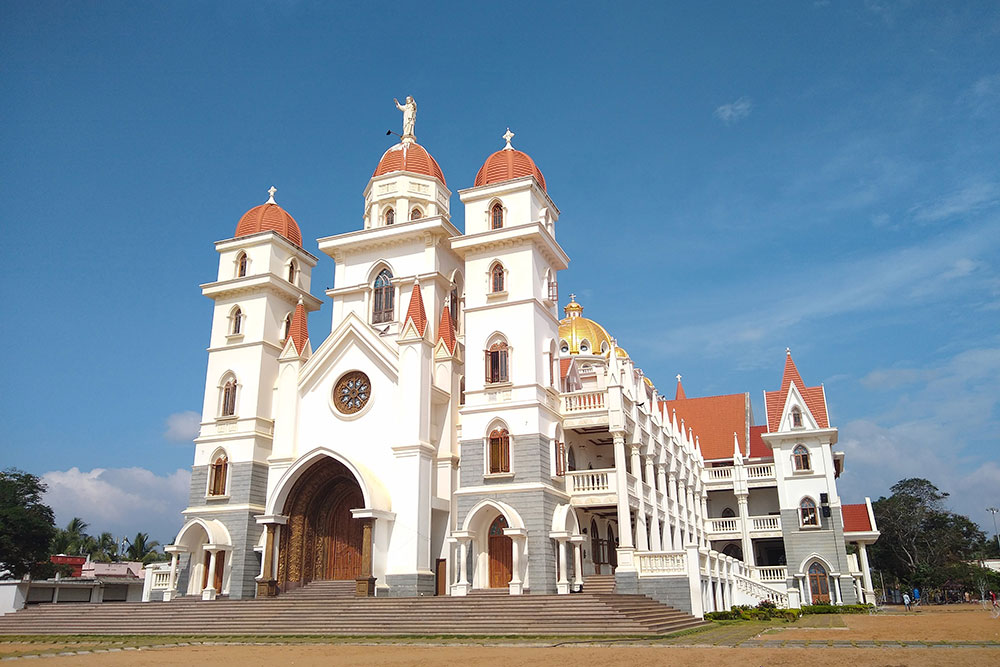 Today, the Catholic Church in Kerala is made up of Syro-Malabar, Latin and Syro-Malankara rites in close coordination with each other. Of late, a lit­urgical schism has developed between the liberal and conservative sections of the dominant Syro-Malabar Church. The conservative section spearheaded by the Changanacherry archdiocese wants the Church to go back to their Chaldean roots and discard some of the practices adopted from the Latin rite. In 1992, the Pope elevated the Syro-Malabar Church as a Sui Iuris or a Major Archiepiscopal Church with its seat of power at Ernakulam-Angamaly, leading to a tug-of-war bet­ween the powerful Changanacherry archdiocese and the Ernakulam-Angamaly archdiocese.

The Church was at the vanguard of pointing fingers at Muslims and it gradually bore results as evident from the widening gap ­between the two communities.

The schism had deepened in the mid-1990s when the conservative Archbishop Joseph Powathil of Changanacherry tried to emerge as the successor of cardinal Antony Padiyara and was thwarted by the collective resistance of the clergy in the Ernakulam-Angamaly archdiocese. After the relative calm during the term of Archbishop Varkey Vithayathil (1999-2011), things spiralled out of control when the Changanacherry-born George Alencherry succeeded the former as Ernakulam-Angamaly archbishop, making him the de facto major archbishop of the Syro-Malabar Church.

As head of the Syro-Malabar Church and a proxy of the conservative faction, cardinal Alencherry found himself in a quagmire while trying to consolidate his powers. For instance, his lack of clout to steer the editorial stance of the church-run Deepika, Kerala’s oldest daily established in 1887, was sought to be addressed by bidding for its shares. It was only a matter of time before the Pope elevated the Syro-Malabar Church to a pat­riarchate and vested its head with the title of a Patriarch, making the Syro-Malabar Church virtually independent of Vatican jurisdiction. The questionable real estate deals undertaken by Cardinal Alencherry and the spirited resistance put up by a section of the clergy in Ernakulam-Angamaly archdiocese with the backing of the laity, eventually played spoilsport, resulting in the Vatican divesting cardinal Alencherry of his ­administrative privileges.

There is a delicious irony in the Syro-Malabar Church’s conservative section romanticising its Chaldean traditions and pining to revert to its past. Back when the Nasranis were either independent or in communion with the Church of the East from 300-1599, the clergy did not actively partake in the church’s administration, and primarily engaged in the community’s spiritual well-being. The deacons and archdeacons mana­ged the finances and administration of wealth of independent churches on behalf of the palliyogams (parish council). To this day, the churches that didn’t align with Rome in the 1660s—the Jacobite, Orthodox, Marthoma factions—continue this practice. Although there are downsides to the laity exerting control over independent churches, as evident in the fractious Orthodox-Jacobite power struggle essentially over wealth, it would at least make the system more transparent and not render the clergy into businessmen.

A bishop of the Syro-Malabar Church invoked the ‘Parable of the Talents’ (Mathew 25: 14-30) when this writer raised this issue in an informal chat, extrapolating the story to the materialistic sphere while claiming biblical sanction to engage in such practices. Today, a parish priest upwards in the Catholic Church has a mandate to engage in both spiritual and materialistic pursuits, and their sphere of influence widens as they go up the hierarchy as vicar-generals and bishops. The idea is to extend their clout by setting up institutions, but it comes at a cost as the missionary zeal of the clergy is forsaken in the process.

On August 12, the Kerala high court ordered a probe into land deals involving Cardinal Alench­erry, leading to the Kerala Police forming a team and the Enforcement Directorate initiating proceedings against the prelate. The Income Tax dep­artment had already slapped a fine of Rs 2.5 crore in this regard. The BJP seems to be going slow on a slew of petitions, including Right to Information revelations, as it has great utility in keeping the pot simmering till its goals are met in Kerala.

Demonetisation might have missed many ­targets, but the BJP has used it as a tool to keep the Church on a leash. It is in the BJP’s interest to keep the Damocles’ sword hanging rather than swoop down as it did with small fry such as K.P. Yohannan of Believers’ Church. The forthcoming elections in Goa will be a test for the Church as Christians have come under targeted attacks in recent times. Meanwhile, the BJP is keen on forging a direct alliance with the Church in Kerala as and when the state is ripe for the picking.