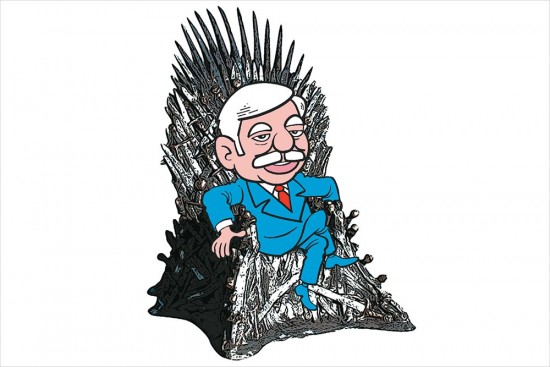 “? is coming,” read the puzzling tweet of the Election Comm­ission. The accompanying message exhorted the handle’s “artistically inclined followers” to don their “creativity caps” and guess the answer. While many might respond with their favou­rite politician’s name, Tweeple immediately identified the reference to ‘Winter is coming’, the catchphrase from the show Game of Thrones (GoT). The GoT fixation did not end there. A subsequent post by the Press Infor­mat­ion Bureau had a photo of Tyrion Lan­n­ister with the caption “A very small man can cast a very large one” and an image of Hodor titled “Not all heroes hold weapons...some just vote”. The popular show—with its surfeit of politicking, intrigue and bloodshed—might seem like an apt metaphor for Indian elections. But will the EC's on-point cultural references inspire citizens to vote or just elicit hearty recognition from GoT fans? We'll find out on April 29, when the next phase commences.