Despite the BJP heading for a near-rout in one of the three states governed by the Congress, retaining power won’t be easy for Amarinder Singh 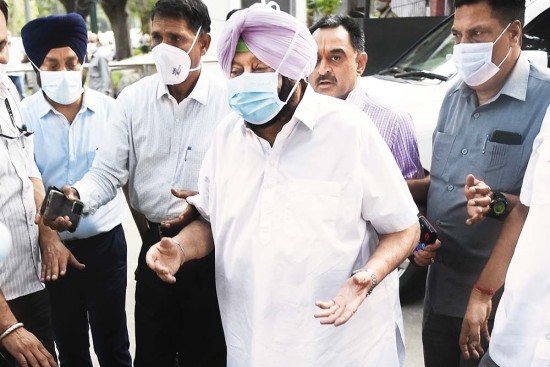 Less  than nine months before Punjab votes a new government, commonsense dictates that the Congress focuses its energy to retain power in one of the three states it governs. But then, political pragmatism is anathema to the party’s praxis. For months, the party’s central leadership has been dousing factional fires in its Punjab unit that were left simmering for nearly three years without decisive and pre-emptive intervention.

The power game within the Congress is now in its final lap with the party’s central leadership—Sonia Gandhi, Rahul Gandhi and Priyanka Gandhi Vadra—having held separate discussions with almost all stakeholders. The meeting between chief minister Captain Amarinder Singh and party chief Sonia a fortnight ago indicated that the Punjab impasse may finally end. The party’s general secretary in-charge of Punjab, Harish Rawat, insists that an “amicable resolution” is in the offing, with a revamp of Singh’s cabinet and the party’s state unit likely soon.