Congress Looks At A Himachal Vacuum After Virbhadra's Death

A veteran’s departure from the scene in Himachal shows up the poverty of leadership the Congress faces everywhere. 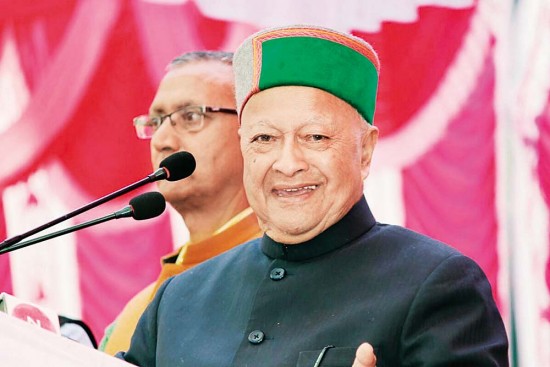 The death of Virbhadra Singh, 87, after six decades in politics has left the Congress in Himachal Pradesh in ­disarray. He was CM six times, MLA nine times, MP four times, Union minister thrice and four times the party’s state chief—a profile none of his colleagues can match. No wonder the party would have a tough time finding somebody to step into his shoes ahead of the assembly elections due next year. While the BJP took a call way back in 2017 to effect a generational change in leadership by bringing Jai Ram Thakur, 56, to the helm, the Congress is lagging far behind, having found no acceptable face to promote among its second- and third-rung leaders. State unit president Kuldeep Rathore’s only accomplishment has been to head the party with the backing of former Union minister Anand Sharma. Rathore is said to be working at cross-purposes with Congress Legislature Party chief Mukesh Agnihotri, a younger leader. Rathore and Agnihotri are not on one page regarding the party’s vis­ion for the 2022 elections. Among notable veterans, Kaul Singh Thakur, G.S. Bali and Ram Lal Thakur are lobbying hard to gain acceptability among the cadres. In 2012, Kaul, the seniormost among the three, had resigned as the party’s state president and was replaced with Virbhadra. Other contenders include six-time MLA Asha Kumari, Mukesh Agnihotri from Una, former state president Sukhwinder Singh Sukhu and five-time MLA Harvardhan Chauhan. With the leadership issue unsettled in the Congress, the BJP is likely to take full ­advantage of Virbhadra’s absence.

(This appeared in the print edition as "After Virbhadra, who?")