What’s behind the Covid spike in Kerala? Delta coming to the least seropositive state. Targeted, strategic testing that uncovers cases the best. And the least under-reporting. 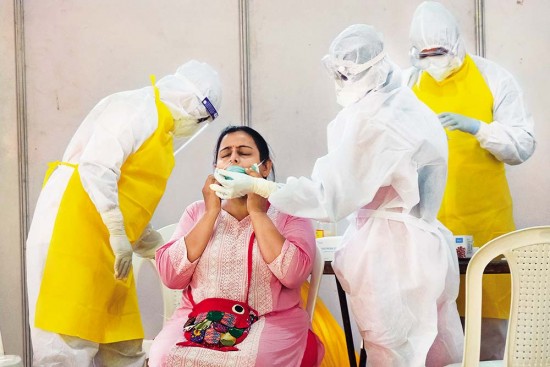 A year-and-a-half after Kerala hit the national headlines when it detected India’s first Covid-19 case on January 30, 2020—a student who had returned from China’s Wuhan—the state is once again in the spotlight. This time, it has recorded the maximum number of new cases in the country over several weeks—at a time when the pandemic second wave is reportedly ebbing in other states.

What drew eyeballs in the last week of July is that Kerala reported more than 20,000 new infections for five days in a row, accounting for over half the national figures. This expectedly acquired political colour after BJP leaders blamed the Pinarayi Vijayan government’s three-day easing of curbs during Bakr Eid for the spike. It also put a question mark on the state’s much-vaunted Covid model.

Experts say such narratives are unfounded. “I don’t think the model has gone wrong,” says virologist Dr Shahid Jameel, former head of the Indian SARS-CoV-2 Genomics ­Consortia (INSACOG). “Instead of having huge spikes, Kerala’s cases are more spread over time. What is happening now is that the Delta variant is so infectious, whoever was unexposed earlier is now getting exposed.”

Data from ICMR’s fourth sero­survey, released last week, shows only 44 per cent of the state’s population has so far been exposed to the virus, against a national average of over 67 per cent. Compare these with Madhya Pradesh, which recorded 79 per cent seropositivity.

Another area of concern is Kerala’s high test positivity rate (TPR), which hovers around 11 per cent, compared to the national average of 2 per cent. But Dr Jameel says Kerala’s TPR hasn’t undergone much change during the first two waves. “It has remained between 11 and 12 per cent, indicating that as the case numbers rise, so does the number of tests carried out by the state,” he says.

Experts say Kerala’s high numbers can be attributed to a combination of factors, such as its better record at reporting cases and its policy of ­strategic testing. This is corroborated by the ICMR report, which shows that Kerala underreported the ­number of infections the least (one in six cases), while states such as Bihar and Uttar Pradesh topped the list by factors of 134 and 100 respectively.

Despite the highly transmissible Delta variant, the state has been ­efficient in detecting cases, says ­epidemiologist Jayaprakash Muliyil, chairman of the Scientific Advisory Committee at National Institute of Epidemiology. “Case detection in ­Kerala is higher than most states, in some of which, unknown cases are 40 times the recorded ones,” he adds.

Dr T.S. Anish, a member of Kerala’s expert committee on Covid-19, says the state managed to prevent at least 20 per cent infections by delaying the ­second wave. Muliyil attributed this to Kerala’s conservative approach of ‘bending the curve’. “As a result, the epidemic gets prolonged and ­mort­ality is low,” he adds. Kerala ­currently has a fatality rate of 0.5 per cent, while the national average is 1.3 per cent, say experts.

With a large fraction of the population still susceptible, Kerala needs to tread cautiously as a third wave is looming large, says Dr Jameel, urging the state to accelerate its pace of ­vaccination. But with Kerala’s major festival Onam due on August 23, ­balancing political compulsions while managing Covid will be a huge challenge for the CPI(M) government.

(This appeared in the print edition as "On Different Wavelengths")