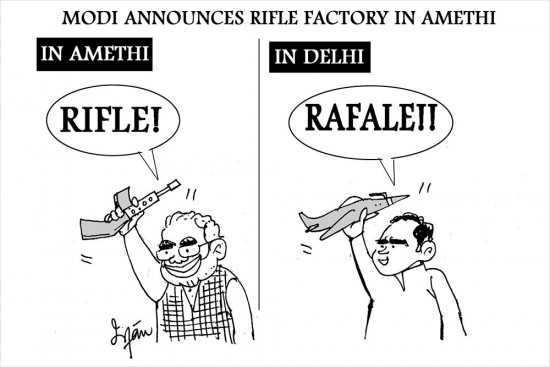 Prime Minister Narendra Modi recently shared the stage with Bihar chief minister Nitish Kumar at a rally in Patna for the first time since their “infamous” encounter at a similar congregation in Ludhiana in 2009. Then,  Modi had raised the hand of the reluctant Bihar strongman to kick up a storm within the alliance. This time, it was all hunky-dory, though. Party leaders called the rally a huge success but the opposition did not miss the chance to recall what had happened a decade ago. Jailed RJD patriarch Laloo Yadav took a dig at the rally on Twitter, saying even his casual stopovers at paan shops in the past used to draw more crowds than what the Modi-Nitish duo was able to attract at Patna’s historic Gandhi Maidan.