Delta Is The New Alpha

There’s a new scourge in town. A cousin of the old one…Delta Plus. Is it nastier? Will it infect faster? Will we see a third wave of asphyxiation? Dire questions swirl in the air. 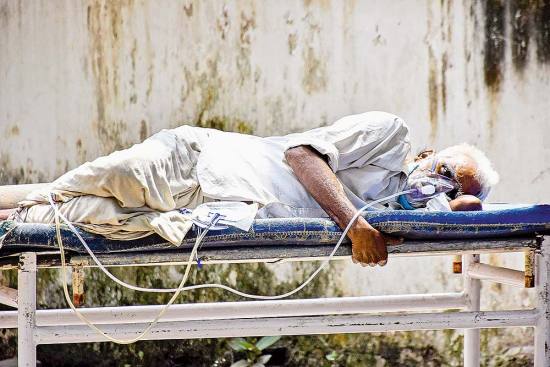 The questions, as usual, are plenty and never too easy. Is the second wave over? When will the next wave of infections wash up ashore? Will it be as brutal as the previous one? How dangerous is the Delta plus variant? Take that first poser, for instance. The most likely answer: Yes and No. As Balram Bhargava, director general of the Indian Council of Medical Research (ICMR), put it at a press briefing in late June, the epidemic is under control in large parts of the country—about 535 districts at last count—where the test positivity ratio was less than 5 per cent. But not so in some pockets. “The second wave is not yet over in our country. We still have 75 districts which have more than 10 per cent prevalence,” he said. Averting a future wave, therefore, hinges on a variety of factors—foremost among them being Covid-appropriate behaviour and avoiding mass gatherings.

Even in regions where the two-month lockdowns have been lifted, the threat hasn’t gone—Pune, and other cities in Maharashtra, brought back last week strict curbs such as night curfew from 5 pm and ordered shops selling non-essential items closed during weekends following a state-wide alert on the Delta Plus virus variant that is being closely tracked now. This new variant is from the same family tree as Delta—first identified in India, this one we now know was the primary cause of infection in the country during the second wave.

But first, a recap—given the difficult technical nomenclature of virus lineages, the WHO in June assigned a simpler naming system of Greek alphabets to the key SARS-CoV-2 virus variants which had so far been commonly referred to by the countries they were...