Why have erstwhile reforms failed to help India generate jobs and gainfully employ its skilled youth? 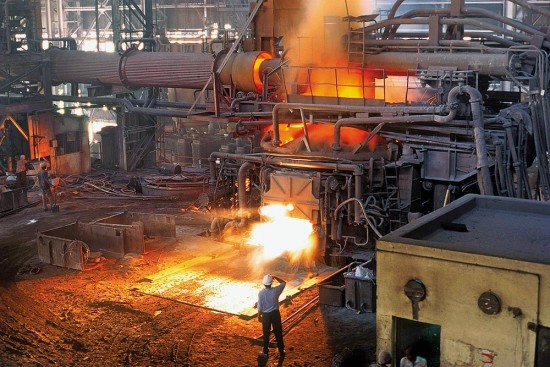 The economic liberalisation of 1991 opened up India to the world. The country was set to leave behind the legacy of Nehruvian soc­ialism to reap the benefits of the Western global order. The medicine for not just the balance of payments crisis that befell India, but also the staggering rate of unemployment, was perceived to be liberalisation of the Indian economy.

Thirty-one years after the watershed moment in India’s socio-economic history, the country is battling an acute unemployment rate and job losses. And not all of it is due to the Covid-19 pandemic. In a 2019 report, data analysts at IndiaSpend fou­nd that India had created about 61 million jobs in the 22 years since liberalisation in 1991. Of that, 92 per cent were in the informal sector.

The most noteworthy promise of liberalisation was to formalise the largely agrarian economy, whi­ch was mostly informal in nature. It was beli­e­ved that labour force participation would move away from agriculture, the largest emp­loyer, to a more organised industrial sector.

However, the jobs data paints a different picture. The National Sample Survey Office (NSSO) data shows that contrary to popular belief that liberalisation led to formalisation of the jobs market, 51 per cent of all jobs created between 2011 and 2012 in the organised sector were informal in nature. The NSSO data also shows that workers in the inf­o­rmal sector rose to 386.02 million in 2011-12 from 341.28 million in 1999-2000, a 13 per cent inc­rease over 13 years. Formal sector employees accounted for just six per cent of the country’s workforce in 1999-2000, and it rose marginally to nine per cent in 2011-12. Of this, a large number of jobs involved informal contracts. This highlights what welfare economists have been saying for a while—most formal sector jobs are informal in nature with negligible safety nets for employees and low income levels.

“The economic liberalisation was able to generate what we call white-collar jobs, that too, only to an extent. Liberalisation promised significant industrial growth, but nothing extraordinary hap­pened in the manufacturing sector, post 1991 reforms. What has grown on and off is services, and that has since compensated for the lack of growth in manufacturing and agriculture. It has also generated employment, but in a relative sen­se,” says R. Ramakumar, a professor at the Tata Insititute of Social Sciences (TISS).

A 2019 report by economic policy think-tank Indian Council for Research on International Economic Relations confirmed that the trend of only the services sector growing still continues. It said that in the 15 years from 2001 to 2015-16, jobs in the organised manufacturing sector rose 78 per cent to 13.7 million, out of which almost 50 per cent had contractual components to their service conditions.

The acute crisis in formal jobs in the manufacturing sector has also been pointed out in a study conducted last year by the Centre for Monitoring Indian Economy (CMIE), as well as the Centre for Economic Data and Analysis at Ashoka University. It found that manufacturing employment stands at nearly half of where it was five years ago. The report also states that employment in manufacturing, real estate and construction, and mining sectors together accounted for 30 per cent of all employment in 2016-17, but fell to 21 per cent in 2020-21. Mahesh Vyas, CEO of CMIE, had earlier highlighted that job losses in manufacturing had been from labour-intensive sectors like food processing, construction material and textiles. In textile manufacturing, jobs fell to 5.5 million in 2020-21 from 12.6 million in 2016-17, while in construction, they fell to 4.8 million from 11.4 million over the same period.

The manufacturing sector has seen employment decline sharply over the last five years. “From employing 51 million Indians in 2016-17, employment in the sector declined by 46 per cent to reach 27.3 million in 2020-21. This indicates the severity of the employment crisis in India predating the pandemic,” the report said. On a year-on-year basis, the manufacturing sector emp­loyed 32 per cent fewer people in 2020-21 over 2019-20. It had seen a year-on-year growth of one per cent in 2019-20.

The government tried improving the manufacturing sector in the country with its flagship Make in India programme. Under it, India sought to create an additional 100 million manufacturing jobs by 2022 and to increase manufacturing’s contribution to the GDP to 20 per cent by 2025, which seems uphill given recent trends in GDP and job growth. The curious case, then, of a liberalised economy being unable to create as many jobs in the manufacturing sector, manifested itself in the birth of the services sector that grew without creating rob­ust linkages with other sectors. But globally, growth in services has happened alongside manufacturing, in close integration with the growth in production.

Post-liberalisation, India’s manufacturing sector was viewed to be our best bet to absorb the surplus labour moving out of agriculture. “In India, services sector grew in autonomy from the industrial sector. Of course, it has linkages, but the extent is poor,” Ramakumar says. The growth in this sector may be autonomous, but it did not happen by policy design. At least this is what some experts believe. “Services-led growth in India has been more of a fait accompli. It has not grown this way by design. China’s growth in ind­ustry has been by capturing the world market. India was late to catch the bus. So, we hung on to the services part of it by becoming the services hub, to an extent,” says Rohit Azad, a professor of economics at Jawaharlal Nehru University.

Like China, India has a huge surplus labour pro­­blem, which has become more pronounced because of the inability of industry to absorb workers moving out of agriculture. “There is a push from agriculture and not enough absorption in industry, because indu­strial growth is almost absent. So, the services sector has absorbed the maximum amount of lab­our. That, in turn, has pushed down wages,” Azad said.

The Economic Survey 2021-22 says the services sector contributed over 50 per cent to our GDP. The over-dependence on this sector for jobs, has, to a large extent, destroyed the labour market. Wages are insufficient to sustain a decent life in big cities. Companies are increasingly opting for contractual workers who are not given any kind of social security benefits. Moreover, the Covid-19 pandemic has exposed the services-led growth narrative, as several semi-skilled and unskilled workers have lost jobs during this period.

Azad points out that even if the manufacturing sector picks up, it is likely to grow with a capital-­intensive approach, with a highly mechanised or robotic factory and little use for human intervention. It will have a telling effect on job creation, even if the share of the manufacturing sector in GDP improves. Informalisation of jobs and indu­stry’s inability to absorb surplus labour will, thus, keep falling on the services sector, which is likely to result in stagnant wages.

(This appeared in the print edition as "Half-Done Jobs")