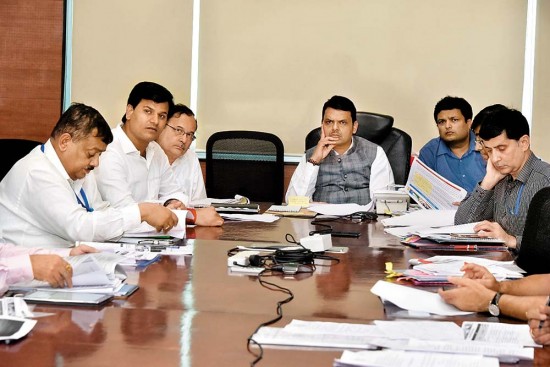 One of the many controversies Devendra Fadnavis has braved as Maharashtra CM was about his appointment of officers on special duty (OSDs) at high salaries. Among them are Ketan Pathak, Kaustubh Dhavse, Priya Khan and Ravikiran Deshmukh. While additional chief secretary Praveen Pardesi and principal secretary Bhushan Gagrani are key administrative members in the CM’s office, each OSD has been given a specific area such as infrastructure, social sector and media, including social media. With the IAS officers, they run the CM’s war room, constituted specially for expediting key infrastructure projects delayed for many years such as the Mumbai Metro and Trans Harbour Link and new ones such as the Jalyukt Shivar. Elections: Number Game

Most of the OSDs were known to the CM well before 2014, through the BJP or Nagpur connection. “I worked for two NGOs before joining this team, and my areas were policy advocacy and state budget analysis,” says Khan. “I had seen the CM as opposition MLA with a keen understanding of the state budget.” Dhavse, a management professional, left a lucrative job to become an OSD. “Look at what we have achieved,” says Dhavse. “For example, the existing 11 km of operational metro took 11 years to complete, whereas we have given the go-ahead to 276 km of metro in three to five years in three major cities. Work has already started on more than 100 km.”