End Is Near: Save India From Climate Catastrophe

Will a rising sea submerge India’s coastal cities and villages in the future? Will climate change affect our monsoon, and the floods and droughts linked to it? 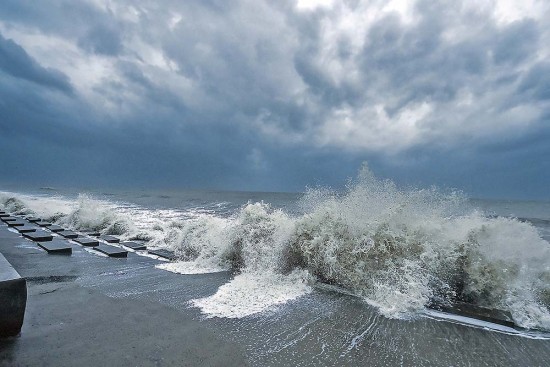 Let’s talk about the weather? Not merely to fill a ‘conversational void’. Not because we have nothing else to say…but because a grey day may dawn when it will rush in like a high tide from hell, flooding our consciousness. There will be nothing else to talk about. No infant god floating on a peepul leaf.

In the ordinary conversations our world is filled with, the sciences are taken to be an arcane subject—the plaything of eccentric geniuses who lurk around in labs, speaking an undecipherable language of their own. But there’s one science that, despite its technical jargon, speaks directly, urgently to the layperson. Greenhouse gases? You can’t see the damn thing, but you feel the eff­ect on your skin, literally. Suspended particulate matter? That’s what you’re breathing. The anthr­opocene age? You’re living it, contributing to it. Think only of 2021: the snowiest February in a Texan century, the mercury touching 49.6 ˚C in Canada’s hottest June ever, forest fires foretelling desertification of the Greek Pelopponese, jaw-­dropping videos of entire mountainsides crumbling in Himachal Pradesh, the Bay of Bengal’s marine life changing, crop patterns going awry…not to speak of the theory that the zoonotic viru­ses wreaking havoc globally are the fruit of wildlife displaced by deforestation. A millenarian sense of planetary doom has attended all the talk of climate change for decades now, eliciting both alarm and denial—but by now even customary naysayers could be choking in some deathly city smog somewhere. In this turbid grey air comes the latest world environment report, painting a dire scenario for India. Yes, the subcontinent is no ­island. We sink, or swim, with the world.