People of Northeast often fall back on protests to be heard and seen by India’s mainland. 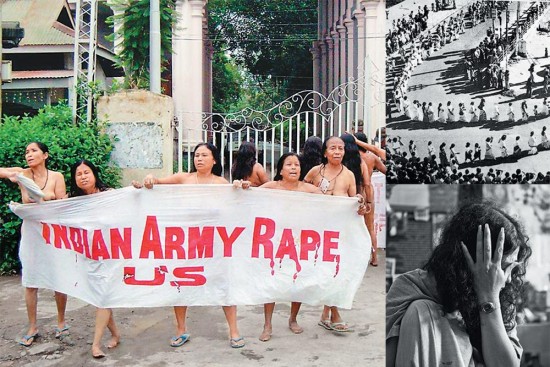 On a balmy summer afternoon in 2004—it was July 15—a dozen mothers of Imphal stripped naked in front of a stunned world to protest the alleged rape and killing of a 32-year-old woman by security forces. ‘Indian Army Rape Us’, read one of the banners carried by the women who had staged the protest in front of the historic Kangla Fort, then the headquarters of the Assam Rifles. Even in a state like Manipur—and indeed, the entire Northeast—where civilian protests are almost daily affairs and multiple insurgencies keep the pot boiling, the 12 women had accomplished something inc­redible. A daring and powerful show of dissent.

For a region that has largely remained on the periphery of the nation’s imagination, understanding and priorities, acts of defiance by the people are not always a matter of choice but of necessity. Many people in the mainland India think protest is a way of life in the Northeast. But there is a method to the madness.