On September 21, 2007, Calcutta was jolted by the fate of 29-year-old Rizwan, who had fallen in love with Priyanka Todi, 23, the daughter of a rich hosiery businessman. 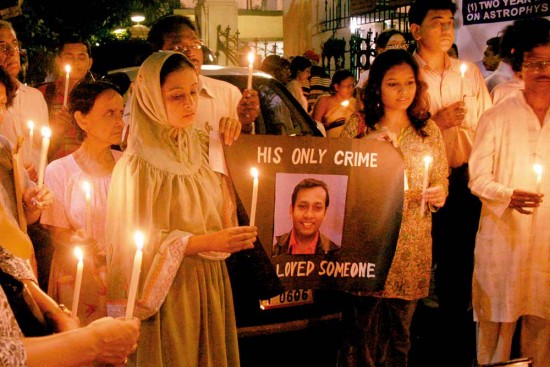 A young, lower-middle class man, a daughter of a rich businessman, united in marriage and sundered apart by a tragedy—something that shocked the conscience of Bengal and the nation. On September 21, 2007, Calcutta was jolted by the fate of 29-year-old Rizwan, who had fallen in love with Priyanka Todi, 23, the daughter of a rich hosiery businessman. Though Rizwan and Priyanka had secretly married despite the Todis’ fierce resistance, they could live in the Rehman household for just over a week, and barely a month into their marriage, the couple paid a terrible price—Rizwan’s mangled body was found on the railway tracks a few kilometers away from his home.

In his death, Rizwan became a cause celebre: Calcutta erupted in protests; this tale of an educated, albeit poor, Muslim man hated by a money-shark of a father-in-law had equal elements of drama, intrigue, blighted love, and was framed by the terrible injustice of it all. The flames were fanned further after reports emerged about the involvement of top police officers allegedly acting at the behest of Todi to separate the couple. Mamata Banerjee, then Opposition leader in the state, led the agitation demanding justice for Rizwan. It became a political hot potato for the Left Front government.