For once, DMK and BJP are on the same page. A priest from Kanyakumari claims Stalin’s party won the elections only because of Christian charity. And that wasn’t all he said. 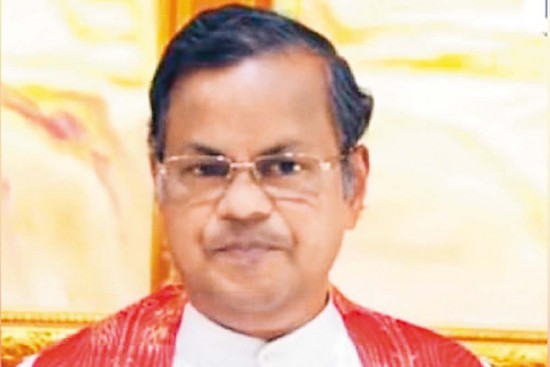 M.K. Stalin and the DMK are convinced that they won the April assembly elections comprehensively with the support of all sections of society. But a Christian priest has a different view—he believes the DMK’s win was nothing but alms from Christians and Muslims. “Even if the temple ­administration minister visits any number of temples or helped reclaim their lands, the Hindus will never vote for the DMK. But for the signal from church leaders and their campaign among Christians, the DMK could not have won so handsomely. Their victory is nothing but alms from us,” said Father George Ponniah (in pic), a Catholic priest from Kanyakumari, during a memorial meeting for Jesuit priest Stan Swamy, who died of Covid-related complications while in custody in the Bhima-Koregaon case.

Father Ponniah also pointed out how a DMK candidate in Kanyakumari lost because he had dissuaded Christian priests from campaigning for him, saying it would antagonise Hindu voters. “The winning BJP candidate M.R. Gandhi claims he walks barefoot as he does not want to insult mother earth and Bharat Mata. But we Christians wear shoes and footwear because we do not want to be ­infected by the same Bharat Mata,” Ponniah said, and went on to make unsavoury remarks on PM Narendra Modi and Union home minister Amit Shah. While angry BJP workers filed a spate of police complaints against him across the state, even the ruling DMK was fuming at Ponniah’s uncharitable remarks about “alms”.