Plight Of Migrant Workers: Economics forced them to leave Bihar. Now terror has made them flee Kashmir. 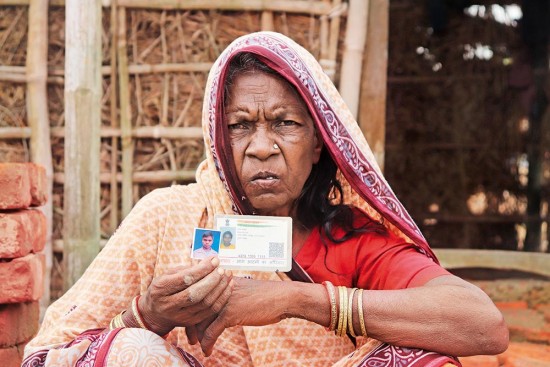 In 2014, during the floods in Kashmir, ­televised visuals showed hundreds of ­migrant workers trekking all the way to Ramban, 150 km away, along the Srinagar-­Jammu highway that was closed to traffic. That exodus via a treacherous highway in tough mountain terrain was forced by a natural ­calamity. Seven years later, migrant workers are again returning to their native places in states like Bihar—and this time it is not the wrath of nature that is pushing them out from the Valley. It is the fear of being killed by militants. A fear induced by a series of targeted killings over the past few weeks.

When Virender Paswan, a 55-year-old from Bihar, was killed in Srinagar on October 5, Pankaj Paswan, 45, from the state’s Banka district thought it was a sporadic incident. But when two more attacks followed on October 16 and 17, leaving four migrants dead, including three from Bihar, Pankaj was shaken to the core. He left Kashmir on October 18, reaching Jammu the next day to catch a train back to his home state. He found the platforms packed with migrant Biharis. “They were all scared and just wanted to go home,” he says. “The ticket counter was so crowded that the railway emp­loyees asked us to board the train even without a ticket. Inside the general compartment, seven passengers were sharing each lower berth, seven more were on each upper berth. There was no space even on the floor. Somehow I managed to travel all the way to Bhagalpur junction and then reached my village.”

Pankaj had been selling golgappas in Kashmir for more than two decades. He used to live at Srinagar’s Alamgari Bazar, barely three kilometres from Eidgah Bazar where the October 16 attack was carried out. “Most people do not want to go to Kashmir to work or do any business as it is a volatile area. We saw that as an opportunity to sell and earn more. I used to earn Rs 1,000-1,200 per day selling golgappas,” says Pankaj, who doesn’t forget to laud the hospitality of Kashmiris. “The locals helped us with rations for four months during last year’s lockdown.” 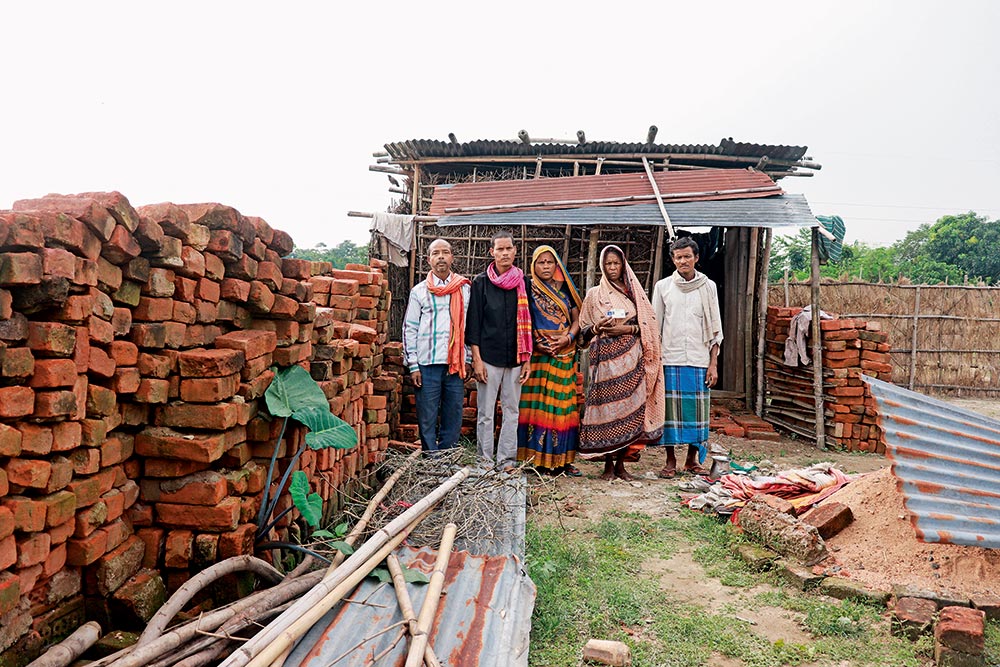 Family of Raja Rishidev, who wished to build this house, but was killed in Kashmir

Back in Banka, Pankaj has taken to selling fish, but the income is low. “I buy fish from Bhagalpur town and sell it in the local market, earning hardly Rs 400 a day,” he says. So, will he go back to Kashmir? “It is tough to make ends meet and pay for the education of my four children with what I earn in Banka. But my wife doesn’t want me to leave Bihar again. I don’t know what to do.”

The murder that precipitated Pankaj’s exit from Kashmir was of 28-year-old Arvind Kumar Sah. Also from Banka, Arvind was killed on October 16 while selling golgappas at Srinagar’s Eidgah Bazar—something he had been doing for 15 years. “His income was helping us run the family. Now I don’t know how we will survive,” says his elder brother, 35-year-old Dablu Kumar Sah. Dablu too had been selling golgappas since 1999, until he left the Valley in 2019. “When the central government abrogated Article 370, I sensed that the situation would worsen in the days ahead. So I left Kashmir forever,” he says.

Jobless for several months in Banka, Dablu later started a small eatery in Sahebganj (Jharkhand), around 120 km away. “I earn just Rs 300-400 a day. I have two daughters and a son. All are studying. I own too little land. When my daughters have to get married, I don’t know how I will arrange the money,” he says.

The latest in the series of attacks so far, on October 17, took the lives of two migrants from Bihar. One of them was Raja Rishidev, an 18-year-old from Bausi village in Araria district. Raja wanted to build a pucca house on his small plot in the village. He had bought bricks, sand and iron bars for this. He had gone to Pampore in Pulwama four months ago to work at construction sites so he could earn enough to build that house. “He wanted to build a house as soon as possible so he could get married,” says his uncle, Vidyanand Rishidev.

Belonging to the financially and socially most marginalised Mahadalit community, Raja owned no agricultural land. As work on the fields is available only during sowing and harvesting seasons in the village, and wages are too low—“just Rs 200 a day,” says Vidyanand—a contractor persuaded Raja to work at construction sites in Kashmir. He was told he could earn up to Rs 12,000 a month. “I knew Kashmir is a troubled region, so I cautioned him. But the offer seemed lucrative and he left for the Valley,” says Vidyanand. 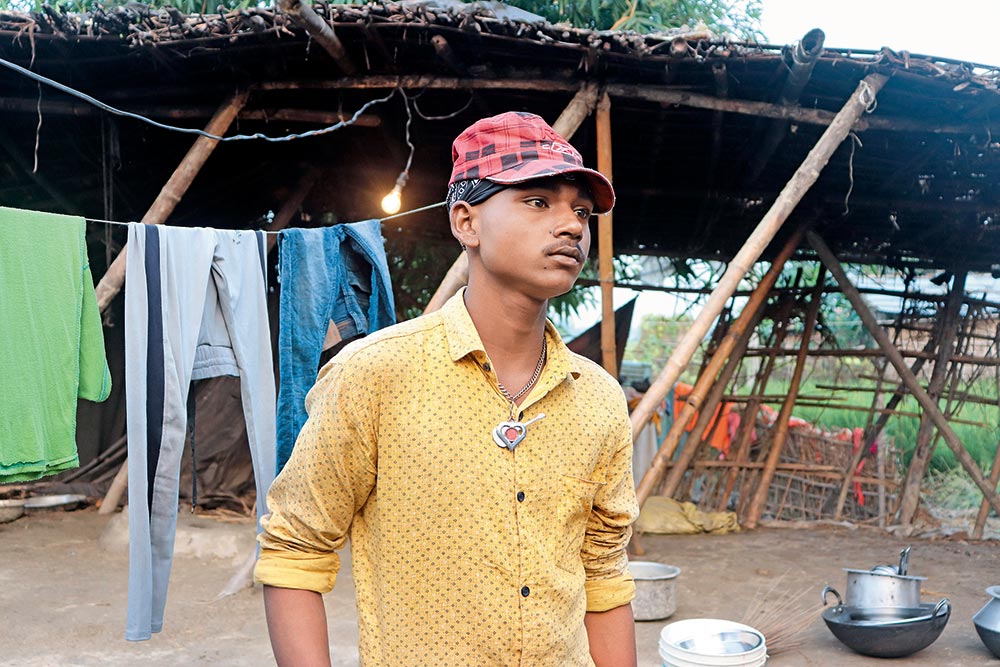 Manish Kumar, 20, came back to his village in Bihar’s Araria district after Raja Rishidev was killed

After Raja was killed, Manish Kumar, a 20-year-old from Bangama panchayat in Araria district, left Kashmir the very next day. He took a bus from Pampore to Jammu, where he boarded another bus. He reached Araria on the third day. “I came back spending Rs 4,000. More than 50 people from my village have returned with me. We were afraid after the attacks. My family was very worried and insisted that I must leave Kashmir,” says Manish.

Like Raja, Manish was working at construction sites in the Valley. Back in his village, he is yet to find any work, but has no plans to return to Kashmir. “I can go to Delhi or Mumbai, but not Kashmir. There is no guarantee of life there,” he says.

“More than 50 people from my village ­returned with me from the valley. we were afraid ­after the attacks on migrants,” says Manish Kumar in Araria district.

Vikas Paswan, a 21-year-old from Baade Hasanpur village in Bhagalpur district, was a carpenter in Kashmir, where his father had been selling golgappas for 20 years. Both father and son fled the Valley soon after the first attack on October 5. “Only Rs 200-250 is paid as daily wage in Bihar. How will my family survive with such low wages? That’s why I went to Kashmir. There I used to get Rs 600-700 daily,” says Vikas, who has decided not to go back to the Valley even though he hasn’t found any work in his village yet.

For years, Bihar has been supplying cheap labour across the country due to minimal job opportunities in the state. According to the NITI Aayog’s latest index for sustainable development goals, 33.74 per cent of the state’s population is below the poverty line. A report by the International Institute of Population Sciences states migration affects around 50 per cent of the total households. Going by the 2011 census, around 9.3 million people migrated from Bihar to other states in the preceding 10 years. And migrants from Bihar formed a major chunk of those who walked hundreds of kilometres to reach their native villages after the nationwide lockdown was imposed in the wake of the Covid pandemic last year.

“Bihari workers are leaving for other states in desperation, not by choice,” says D.M. Diwakar, professor and head, Division of Economics, and former director of A.N. Sinha Institute of Social Studies, Patna. “There are no industries. Agricultural activities happen only four months in a year, but mechanisation is increasing, leaving little scope for manual work.” Between 2016-17 to 2019-20, around 665 migrant Biharis were killed in various incidents and disasters in other states. In October 2018, large numbers of Bihari workers had to flee Gujarat following hate crimes triggered by the rape of an infant girl. In November 2008, Bihari workers had to leave Mumbai following attacks by the Maharashtra Navnirman Sena. And when the official death toll during the recent flood in Uttarakhand was pegged at 52, it included 10 workers from Bihar. Risks like these are outweighed, however, by the economic forces that drive Bihar’s natives out of the state.