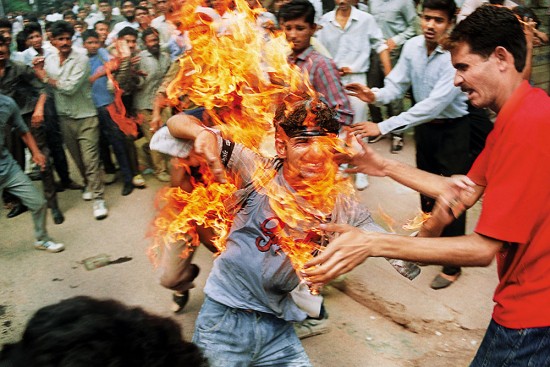 The image of a young Rajeev Goswami in flames—he tried to kill himself to protest implementation of the Mandal Commission recommendations—shook the nation and spurred a series of similar acts by college students against the policies of then Prime Minister V.P. Singh. The anti-Mandal agitation laid bare the deep caste faultlines and re-shaped the political contours in the country.