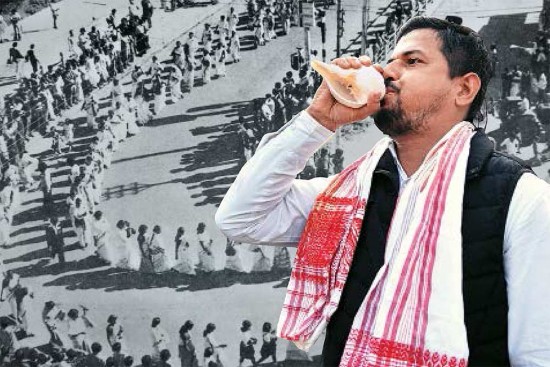 The past often provides vital context to present turmoil. In the Northeast,  discontent in one part often holds great significance for others; the same story invariably plays out in another, more virulent, form. This February, widespread violence convulsed Arunachal Pradesh after the state government decided to issue permanent resident certificates to six non-Arunachalee communities, most of them from neighbouring Assam. The certificate would have made these people eligible for government jobs and admission to state-run schools and colleges. At least two people were killed in police firing and the residence of the deputy CM was razed; the government backed off, saying it will “not take up the matter” ever again.

The widespread, sometimes violent, protests against the Citizenship (Amendment) Act in Assam has to be read against the backdrop of what people in the Northeast fear most—loss of identity, jobs, resources. The common enemy is the “illegal immigrant”—a loaded word that carries political and social undertones. The CAA—short for the Citizenship (Amendment) Act—has set the cat among the pigeons once again, scratching an old wound that ref­uses to heal and churning discontent in a region where fear of and revulsion for the “Bangladeshi” runs deep. It’s a reg­ion where people of Arunachal would not cede an inch to the Assamese. And there were no objections from Assamese organisations, well aware as they are of Northeast’s identity complexities. The Assamese supported the National Register of Citizens (NRC), a contentious, error-filled process to upd­ate the citizenship records, opposed by many across the country as a tool to harass Muslims.