Has the Hindutva consolidation reached saturation, or will caste assertion make a comeback in the 2022 assembly polls? 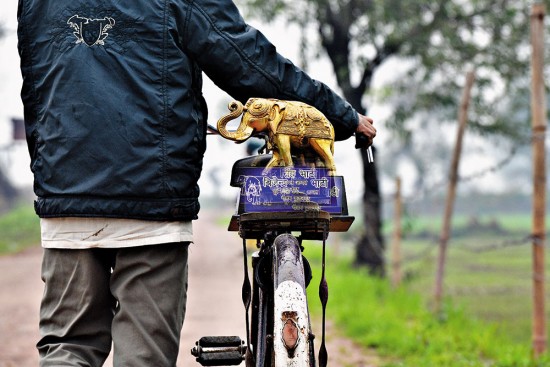 Identity is a double-edged sword. On the one hand, it prov­ides social conf­i­dence to communities, empowering and enhancing the values and volume of their voices. On the other, it encourages a section of the community to capture and dominate their voices and rep­resentations. So, identities ­empower communities in some sense, but also disempower and marginalise their grassroots in other ways. Because identities arouse emotions, they contain enormous mobilisation power. While mobi­lising emotionally and uniting a section of people under an umbrella, they leave in their wake a trail of destruction by triggering multiple divisions in society at large.

Interestingly, the mobilisational capacity of identities is predicated upon pitching one social group against another. That is why, while cultivating identities of marginalised and subaltern groups, Babasaheb Ambedkar said the ultimate aim of nation-building should be to submerge identities in the sea of humanity, like drops of water meld into the ocean.

When identities enter the political realm, they are played up by politicians in various ways. Political agencies use them for electoral mobilisation in their favour. Individuals are an amalgamation of various identities, but pol­itical agencies focus on one of these—that which is common among a large group—to enh­ance it such that it becomes the dominant one, uniting individuals of the group into a com­munity. This way, society, State and polit­ics generate identities for the public, and the public internalise these. For example, Dalits define themselves as a caste, but while clai­m­ing benefits of State-led development proje­cts, they identify as Scheduled Caste—a gov­ernmental identity. Yet again, when the same person introduces himself politically, he may do so as a Bahujan. Dalit, Bahujan, Scheduled Caste—these are overlapping ident­ities, but not the same. And they exist simultaneously in the same person.

In the electoral politics of Uttar Pradesh, mostly, two axes of identity are found to be in contest with each other—caste and religion. In the state’s forthcoming assembly elections, caste identities have reappeared as a dominant discourse in the campaign trail. It is working in two ways—as a narrative of victimhood, and as a demand for dignity. As we know, all political parties give tickets based on caste and religious representation, and all have their own leaders from different numeric­ally significant castes.

But even then, on the issue of proportional representation and dignity, just days before polling is abo­ut to commence, OBC leaders like Swami Prasad Mau­rya, Dara Singh Cha­u­han and Dharm Sin­gh Saini resigned from the ruling BJP to join Samajwadi Party, claiming the Hindutva party had failed to accord them proper respect because of their OBC castes. By doing so, they have sparked the possibility of an aggressive OBC mobilisation against BJP. In turn, the ruling party is trying to dilute this threat by giving tickets to a large number of OBC candida­tes. It is also aggressively playing up its pet Hindutva narrative to defang the caste mobilisation against it. It has already alleged that the SP is giving tickets to candidates who were involved in the 2013 Muzaffar­nagar communal riots, hinting that they are all Muslims.

OBC, a governmental category, is the largest social group in UP, and contains several castes under its umbrella. Exp­e­ctedly, it is also the state’s single largest vote bank. As an identity, political mobilisation has, over the decades, solidified its pan-India influence and somewhat subsumed the scattered caste sub-categories under it. Ram Manohar Lohia pioneered the transformation of OBCs into a political category, to dem­and proportional representation for them. He coined the popular slogan, “Peechda mange sau mein sath (Backwards dem­and 60 out of 100 as their share)”, which inspired leaders of many OBC sub-castes to join the broad socialist movement.

With the implementation of Mandal Com­m­ission recommendations by the central gover­nment under then-PM Vishwanath Pratap Sin­gh in 1990, political awareness among backward castes rose dramatically. Over time, it led to fragmentation of OBCs and emergence of Most Backward Castes (MBC) and Extremely Backward Castes (EBC).

The desertion of leaders of the Maurya, Saini, Nonia, Kahar and Shakya castes has weakened BJP’s poli­tical project in UP—based on mobilisation of non-Yadav OBCs and MBCs. On top of that, SP has been successfully harnessing non-­Yadav OBCs and MBCs in the state, through an alliance with caste-based units such as Suhal­deo Samaj Party of Om Prakash Rajbhar, ­Mah­an Dal of Keshav Deo Maurya, Apna Dal (Kam­­e­ra­wadi) of Krishna Patel and others, as well as by offering political space within SP to leaders of the influential Maurya, Saini, Shakya and Non­ia castes. However, none of these strategies may work with many MBC groups, who neither have caste-based parties, nor influ­ential community leaders. Having entered the game late, most of these smaller caste groups have, nevertheless, already formed caste associations—mea­ning that while they can mobilise elec­to­rally, how effective that mobi­lisation will be is yet to be road tested.

So, in the 2022 UP assembly polls, we are likely to witness the OBC identity locking horns with the Hindutva identity in multiple, non-linear ways. But things are not so simple any longer, as Hindutva psyche and OBC consciousness have been overlapping at several nodes within electoral politics for several decades now. Himself an OBC, Narendra Modi leads a political party subscribing to Hindutva ideology. So, how far the Hindutva vs OBC clash pays off in UP is yet to be seen.