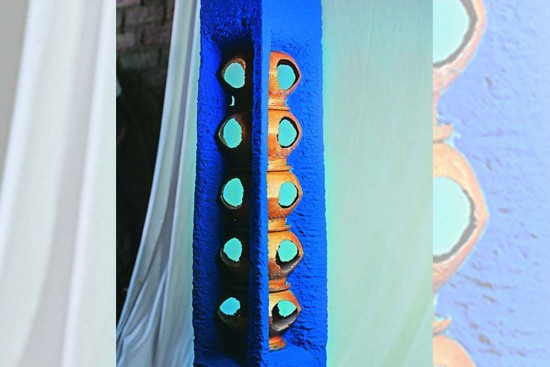 The Centre, in an affidavit dated September 21 submitted to the Supreme Court, argued it has practical difficulties in conducting a caste census, emphasising that the population census is not the “ideal instrument” for collection of details on caste. Just a few years ago, in 2010, when the BJP was in Opposition, it had backed the demand for a caste census. And in 2018, then home minister Rajnath Singh ann­ounced in Parliament that data on OBCs would be part of the 2021 census. The Census Act of 1948 gives the Centre the mandate to conduct a census so there is a reliable source on the characteristics of the population. The population in India is divided by caste(s), and this division makes India a caste society.

For the caste system to exist, it has to have more than one caste. For one to exercise the practices of caste, there have to be other castes. In this ‘practising of caste’, caste is always alr­eady counted—and this act makes the self (or a person) locate the other (higher or lower) in rel­ation to one’s caste. This is not a mathematical counting. This counting is to locate a person in terms of the caste order—i.e., in the words of Ambedkar, “ascending order of reverence and descending order of contempt”. For example, when a person wants to know somebody’s full name, it is to know the surname. Surnames are indicative of caste locations. With the knowledge of the caste location of a person, most Indians change their behaviour or attitude. This behavioural change can be welcoming or dem­eaning to a person.

What does it mean to count caste? In counting caste, one doesn’t count the number of existing castes. What are people of various castes doing in the nation-state? This question is the logical reason for the caste census. The aim of the caste census is not to know the numerical strength of a caste. Rather, the caste census informs us about the location of various castes in modern and social institutions. The mirage of the nat­ional imagination or imagined community of the nation is unveiled in the caste census. Are all castes on the same page in the social, political and economic institutions of the nation? Census reveals the lies of nation-building, particularly the politics of economic and social dev­elopment. Census reveals to us the nature of progress of all the castes. 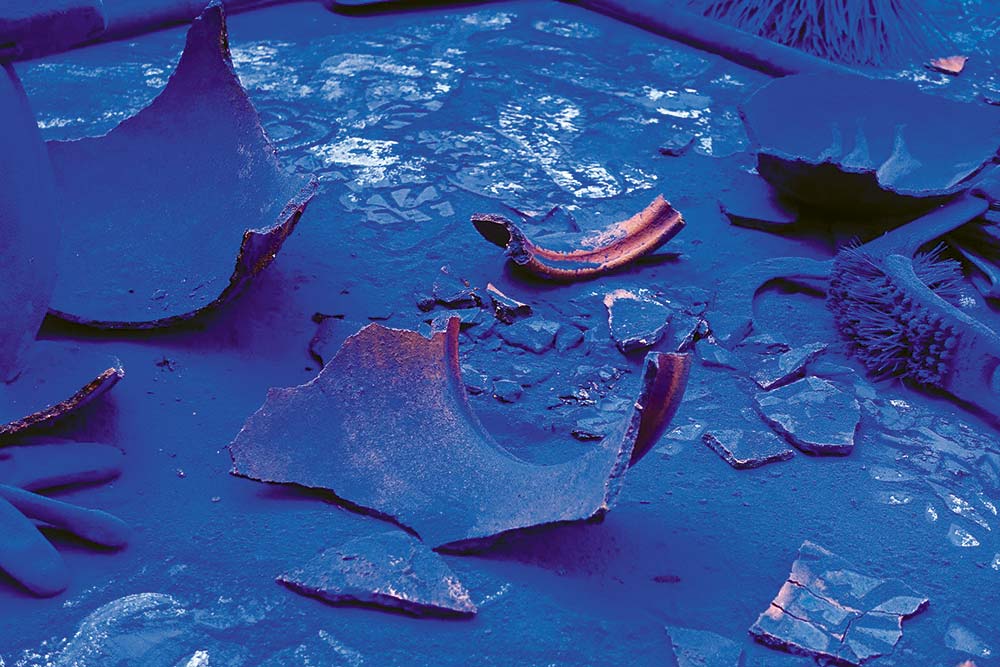 In the campaign for the 2014 Lok Sabha elections, Narendra Modi, as the BJP’s prime ministerial candidate, declared himself an OBC for the first time. In doing this, he located himself in the hierarchy of caste and argued the case for electing a BJP government under his leadership. The Indian psyche compels one to dec­lare one’s caste, either to flaunt caste pride or to exhibit its marginality. With the OBC identity, Modi portrayed himself as the marginalised—from a chaiwala to an RSS pracharak to chief minister of Gujarat.

Modi hails from the Modh Ghanchi caste—a merchant or Baniya caste of Gujarat. In the varna order, Baniya or Vaishyas come third. The histories of empires and caste in India inform us that Baniyas are well-guarded in the economy and a few have even been emperors—for example, the Gupta dynasty. The present-day sociological understanding of the Baniya caste is that it is second only to Brahmins, and the rest are below it. The inclusion of Modh Ghanchi Baniyas of Gujarat under the category of OBCs is a major faultline of the Mandal Commission and the Gujarat social welfare department of 1993-94. In 1999, the Modh Ghanchi caste was included in the central list of OBCs as a sub-caste of Teli. That was during the reign of the Atal Bihari Vajpayee-led NDA government. Most of the OBC commissions of various states and also the Mandal Commission have major faultlines like this, as they have interpreted the term ‘social and educational backwardness’ very loosely. A caste census would inform us whether the Modh Ghanchi caste is soc­ially and educationally backward, and whether it deserves to be in the OBC list.

Lawmakers have the responsibility of knowing about the uplift of marginalised castes and ensuring their educational and economic progress.

For the 2014 Lok Sabha and 2017 assembly elections in Uttar Pradesh, the BJP’s campaign line was that the Bahujan Samaj Party (BSP) and the Samajwadi Party (SP) have concentrated their politics on Jatavs and Yadavs alone, ignoring the rest of the Scheduled Castes and Backward Classes. The electronic media too emp­hasised this line of argument and directly helped the BJP’s campaign. Let us assume the politics of BSP and SP has completely uplifted the Jatavs and Yadavs in UP, res­pectively. With this assumption, there should be no element of social and economic backwardness among them. However, a random survey in the state would prove that the Jatavs and Yadavs may have gained political consciousness or mobility respectively, but in terms of social and economic mobility, there is no great advancement. 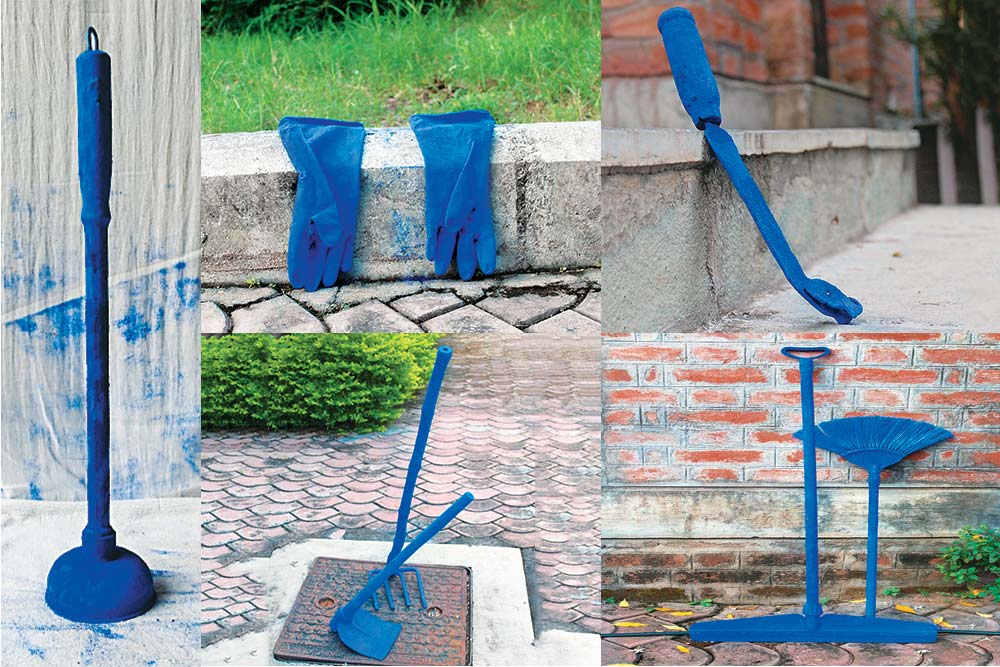 The Stain: Installations by Prabhakar Kamble.

In electoral democracy, the lawmakers are elected by counting the votes of the electorate who are from all the castes. The lawmakers have the constitutional responsibility of knowing about the uplift of the marginalised castes and ensuring their educational and economic progress. The voter does have a caste. As their votes are counted, why can’t the caste location of the people voting be counted? Does each caste have ade­quate resources to survive? How are the outcastes surviving?

During the time of UPA II, the alliance members and social justice parties did not pressurise the ruling Congress, hence the caste census did not happen. This gives an excuse to the BJP government to not conduct a caste census. The partners of the BJP government are silent as they can just cite the example of the alliance members of UPA. Parties upholding social justice as their agenda must ensure that the caste census is conducted. The non-serious approach of the social justice parties on the issue of caste is a betrayal of their own agenda.

According to the laws of Manu, the Brahmin should be provided with resources. According to the Constitution, the Backward Classes and the Dalits can tell the Brahmin that he cannot take their property or enjoy their labour. It is also the State’s constitutional res­ponsibility to provide resources to the marginalised castes. A caste census would inform us what res­ources marginalised castes have.

Varna and caste are represented in numbers. This is not an equal numbering. No two castes can share the same number in the caste system. Even the sub-castes of a caste have different numbers. According to the laws of Manu, the Brahmin is supreme in caste. For our understanding, let us take Brahmin to be No. 1 in caste. There are castes and sub-castes within Brahmins too. So, the hie­rarchy within the Brahmins will not place all of them on the same number. For example: Brahmin 1—Shukla Brahmin 1.1, Mishra Brahmin 1.2, Tripathi Brahmin 1.3 etc. This is the quantification of hierarchy within Brahmins. This quantification strictly follows or strictly practices the qualitative-ness of the caste. For example, the Mahapatra Brahmin is untouchable only to the Brahmin, and is invited only to death ceremonies of the Brahmins. In terms of number, let us consider the Mohapatra Brahmin as zero (0) within the Brahmins. The Mohapatra Brahmin, despite being considered an untouchable within the Brahmins, practises caste against non-Brahmins, particularly the marginalised castes.

The government counts the number of tigers and is concerned with the decline of tigers and some other animals in the Indian forests. The government’s worry is that some animals should not go extinct. That tigers must survive is the concern of the government. There are so many mobile and satellite castes like Dakkali whose lifestyle is nomadic. Their population wouldn’t cross a few thousands in many states. Most of them do not have any documents, and as a result they are not beneficiaries of the State. The government should show concern for these satellite castes, by enumerating them and ensuring they benefit from welfare policies. Castes like Dakkali would go extinct if there is no caste census. Only a strict caste census would bring them to the not­ice of the State.

Modern institutions have the imm­anent responsibility of ensuring all sections of society are on the same page. Caste census would convey to us what modern institutions have done for the advancement of the marginalised masses. It would inform us about which castes are predominating in the institutions of the nation. Are all castes represented or are a bunch of castes governing the institutions? Does the nation-state consider the marginalised in its imagination or is it obsessed with some bunch of castes—the affluent castes or caste Hindus?

The philosophy of caste census is to understand the social mobility of castes in India. It is also a register that tells us the extent of the inf­luences of Brahminism and the laws of Manu on castes in India. It also would exhibit the reach of Constitution or constitutional state to various castes and also to what extent the constitutional mandates are in practice within the institutions of state and society. In other words, it conveys to us how castes locate themselves between social structures like caste and the modern nation-state. To not conduct a caste census is to perpetuate inequality among the unequals of structures like caste.