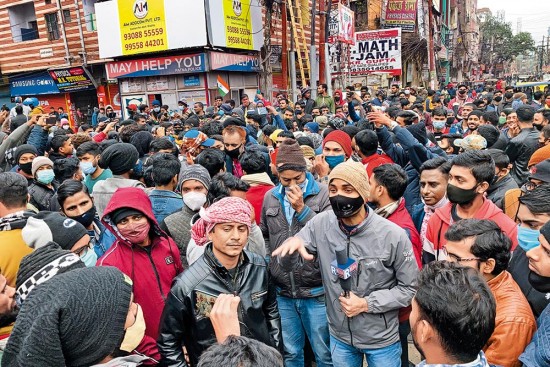 Myroom is full of inspirational posters, but I am filled with despair. My girlfriend asks: “Have you been selected?” Mother asks: “Where’s the job?” How do I express where I am stuck? Fat­her has run out of money and I, of time. Recru­itments keep getting delayed, and I am stuck somewhere in this process.”  These appear to be lines of a poem, but they have not been penned by a poet, but by a 19-­year-­old student Ayush, who is appearing for competitive exams. He has narrated his suffering, while struggling to not let despair and the sense of being stuck become the theme of his life. Ayush lives hundreds of kilometres away from his home in Patna and often makes do with a simple meal of daal (pulses), rice and chokha (mashed potatoes). In order to save fuel expenses, he puts all of them on the stove toget­her. You are free to consider him the representative sample of a young unemployed person from Bihar.

Why is Bihar synonymous with unemployment? Why does Bihar witness the highest quantum of migration? Why have government jobs become a question of life and death for the people here? Why is an essential topic like employment unable to take centrestage in the state’s politics? Why does an aspirant for the post of SDM end up applying for Class IV jobs? These are questions that have become leitmotifs of the state.

The assembly elections in 2020 were slightly different. The Mahagathbandhan led by RJD put at the centre of its political agenda a promise to create 10 lakh jobs, while the BJP-led NDA offered 19 lakh employments, in a bid to attract the youth. It appeared as if Bihar’s politics was wit­ne­ssing a paradigm shift. But, the moment the Mah­agathbandhan lost by a close margin, the issue of jobs and employment were put on the backburner. What remained were the same att­empts to manage caste and identity equations in a state that has been ravaged by floods and droughts time and again, and has an army of une­mployed youths who keep struggling with this tag of stragglers.

But Bihar’s jobless youth are not ready to be ignored any more, they are now grabbing headlines in the national media.

In the latest flare-up, students preparing for com­petitive exams blocked train traffic in Patna for nearly six hours against alleged delay and dilly-­dallying in the examination and recruitment pro­cess by the Railway Recruitment Board (RRB) for jobs in the non-technical popular category (NTPC). As trains were stopped, the gover­n­ment and administration were taken by sur­p­rise. There was a brutal lathicharge against the protesting students. They were also tear-gassed.

But the protest continued into the next day and spread to other districts of Bihar, and even to neighbouring Uttar Pradesh, the largest state in the country that is about to go to polls. Ima­ges of burning trains and students standing on tracks are enough to warn us that if the government does not take concrete steps, the entire country can descend into chaos. At a time when investment was needed to bring the economy back on track and a law was required for urban employment, even the budget for MNREGA—which offers some protection to the rural majority—has been reduced.

Addressing the discrepancies in the recruitment process across the country, as well as growing unemployment and discontent among the youth, Anupam, founder of the platform Yuva Halla Bol who uses only his first name, says: “Many people think that this anger is merely over government recruitment. But to understand it, one has to figure out that the real problem is at the level of the economy, and is connected to employment-­generation. Over the last few years, instead of creating new jobs, there has been a drop in emp­loyment. The economic downturn is dir­ectly reflected in government jobs.” 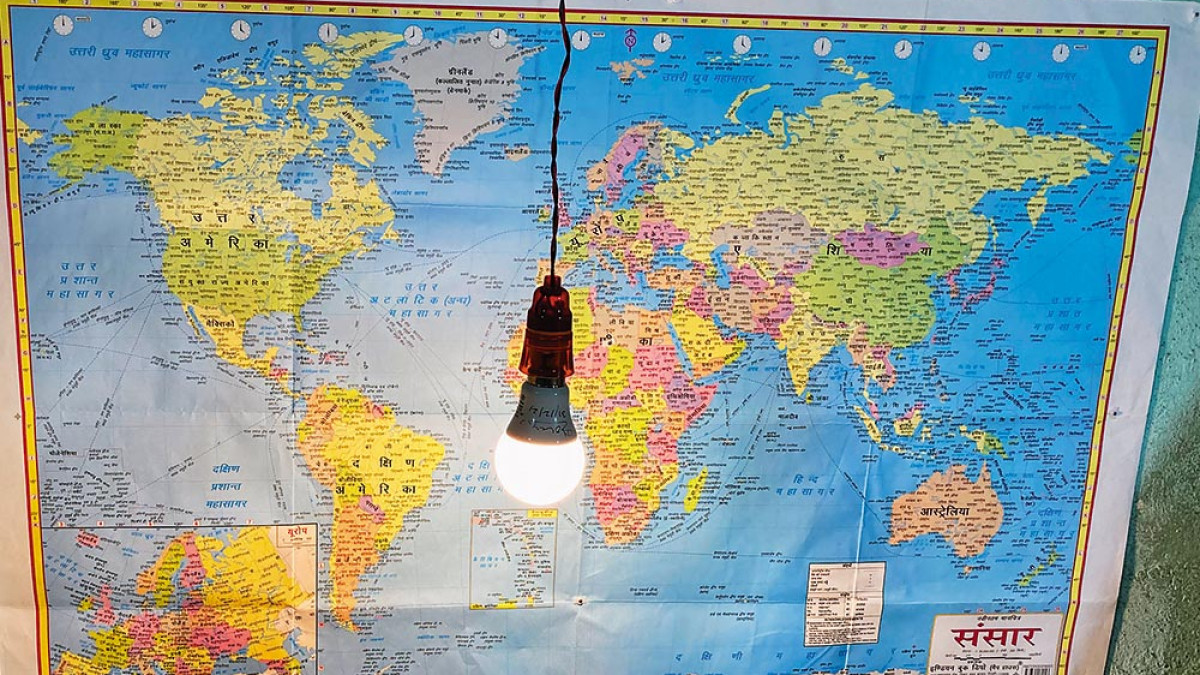 Inside the rented room of an aspirant

He continues, “Ninety-four per cent of our economy is in the unorganised sector, which has lost employment opportunities from the time of demonetisation. However, this impact is not visible directly. Rather, the pain is refl­ected in the desperate scramble for government jobs, especially ones offered by the rai­lways. People are not going to protest outside Ambani’s office because they do not hold Ambani responsible for this.”

He further added that whenever such prot­e­sts take place anywhere in the country, people elsewhere wonder why these are happening in those specific areas. But, he says, what one needs to understand is that the economy has tanked, and the discontent is most visible in areas where it has hit the hardest. There are many applicants for each post here. Postgrad­uates and PhD-hol­d­ers are also applying for jobs of peons. If one analyses this in the context of the underlying economy of Bihar and the country, the largest migration has taken place from Bihar. He goes on to say, “In the meantime, employment opp­ortunities have progressively declined in the entire country. Three main sectors are used while discussing unemployment and the economy: first the uno­rganised sector, and then, within the organised sector, the private and public sectors. Bihar, which had been looking at these sectors with hope for employment opportunities, bore the brunt of the failing economy, and the youth here reflect the popular discontent. If unemployment is a national disaster, Bihar can be termed its capital or centre.”

It is important to mention here that job aspi­rants in Bihar ran a digital campaign before launching the train blockade. They posted around a crore tweets in an attempt to reach the ears of the government and the system that have become used to ignoring them, but to no avail. Finally, after the students hit the streets in protest, and it started spreading, a committee was formed. The government is exp­ected to agree to the students’ demands reg­arding RRB-NTPC and Group D recruitme­nts, as it is not such a major issue, just a technical obstacle that can be resolved with a fresh notification.

However, the real question is whether just the 35,000 jobs under RRB-NTPC and around 1,00,000 Group D jobs will be able to resolve the questions of employment and better lives for the entire Hindi belt, including Bihar and Uttar Pradesh. Because the number of applicants for just these jobs runs into crores.

On the other hand, those who are surrounded by promises of placements and packages have no idea that words like ‘bharti prakriya’ (recru­itment process) are questions of life and death for many. One could even say that it is the purpose of their lives.

(Translated from Hindi by Iqbal Abhimanyu)

(This appeared in the print edition as "A Demographic Disaster?")

Vishnu Narayan in Patna and Delhi