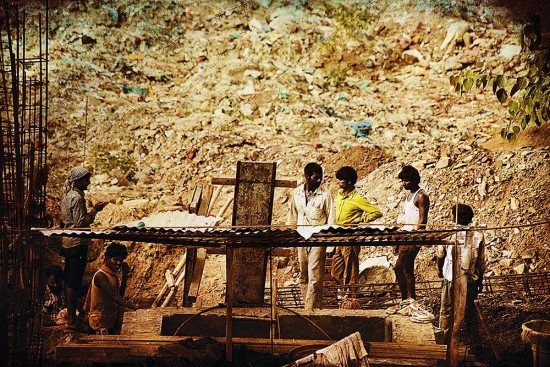 How many people work for the government in India? Depends a bit on the definition of “government”. There are layers within “government”—Union, armed forces, state, local body, PSEs (public sector enterprises).  The last can also be Union or state. Even with a broad definition, the aggregate is unlikely to be significantly more than 30 million. Roughly two-thirds of India’s population is in the working age-group, defined as, say 15-64 years. That’s around 930 million. However, not everyone in the working age-group seeks a job. Conse­quently, the labour force is smaller than 930 million, just over 470 million to be exact. The labour force is defined as those who are employed, or those who are looking for a job, but happen to be unemployed. Labour force participation rate is just below 50 per cent (pre-pandemic), having declined a bit. There are assorted reasons behind the decline in labour force participation rate. Leaving that aside, jobs have to be found for 470 million. I do not want to focus on distortions caused to the labour market by the pandemic and consequent restrictions on economic activity. That was an exogenous shock. As the Economic Survey rec­ently argued, surrogate indicators suggest a rev­ival of labour markets, even in urban India. This is not the first time there have been protests about a few jobs in the railways. To state the obv­ious, and those numbers underline the reality, everyone in the labour force cannot aspire to find a job with the government.

The government’s responsibility isn’t one of providing employment directly. The government’s job is one of ensuring an enabling environment, so that growth and consequent employment creation results. In 2018, before the Covid pandemic, the World Bank brought out a publication on South Asia. It was titled Jobless Growth, an expression often encountered.  While the expression highlights the problem, there can’t be growth-less jobs eit­her. It isn’t easy to work out the correlation between growth and additional jobs.  There are serious data problems and econometric issues. Economists call this link employment elasticity of growth. India’s employment elasticity is now around 0.2, lower than what it used to be. The government’s ease of doing business initiatives, directed not only at the corporate sector, are meant to do precisely that—provide an environment so that private entrepreneurship and investments flourish, catalysed by emphasis on government spending on capital investments and infrastructure. The recent Union Budget speech mentioned productivity-linked incentive schemes in 14 sectors with a potential to create six million new jobs in five years. This number doesn’t look like much, given the size of the labour force. But this is only an ill­ustrative number for the productivity-linked incentive schemes. Real growth in 2021-22 more than compensates for the decline in 2020-21. In 2022-23, real growth should be at least 7 per cent. That’s what nominal growth assumed in the Budget implicitly suggests, though the Economic Survey expects higher real growth, between 8 per cent and 8.5 per cent. Using the World Bank’s estimated employment elasticity, 7 per cent real growth translates to something like 5.25 million new jobs, on the pre-pandemic base.

That’s logic too. When real growth is 7 per cent, that is definitionally a sum of employment growth and labour productivity growth. No one claims labour productivity has grown by 7 per cent. So there must be jobs. It cannot be the case of jobless growth. An argument that 5.25 million isn’t enough isn’t an argument that no jobs are being created. Once upon a time, India’s employment elasticity used to be around 0.4, double of what it is now. There are assorted reasons behind this decline. (1) Even before the pandemic struck, there was churn in the system—demonetisation, GST, RERA, clamping down on shell companies, constraints on bank lending, formalisation. (2) There are structural shifts away from agriculture, towards industry and services. This leads to higher capital/intensity. (3) Manufacturing itself is more capital intensive. The capital/labour choice is determined by relative prices of either. But this choice should not be distorted by artificially high labour costs, or fiscal concessions in favour of capital. To this end, working through the EPFO system, the government paid PF contributions for certain categories of new employees. With a universal account number, PF has become portable.  In passing, there has been a sharp increase in EPFO enrolment.  Also, to this end, to simplify and harmonise labour laws that increase rigidity of the labour market, 29 Union-level labour laws have been consolidated into four codes on wages, social security, safety and industrial relations. Labour is in the Concurrent List. Follo­wing the four codes, states are in different stages of publishing rules. The Economic Survey has listed that. (4) Any process of growth leads to creative destruction.  Some sectors and segments grow, others decline.  For instance, it is unreasonable to expect that food grain-based agriculture will provide jobs. While agriculture is largely a state subject, emphasis has to be on commercialisation and creation of off-farm employment.  Related to agriculture, and also independent of it, there have to be efficient land markets. Hence, one should mention land record modernisation and Swamitva. On creative destruction, declining sectors will lose jobs and other sectors will compensate. Before cars proliferated, we walked a lot and footwear wore off frequently. Cobblers were in greater demand. That cannot be an argument against motor vehicles. There will be new jobs in retail, logistics, education, healthcare, travel, tourism and information technology. True, many of these jobs require new skills. Old skills won’t suffice. (5) What is a “job”? Traditionally, this has been perceived as employment with relative security, even if it is in the private sector, where one superannuates at a certain age. That’s changing, with the gig economy a reality. There is a difference between ensuring “jobs” (perceived as relatively permanent) and ensuring employment (relatively transient). The focus has to be the latter, not the former.

These trends are inevitable and desirable.  Even if they are undesirable, they cannot be bucked. The number of 5.25 million isn’t enough and this becomes a stronger argument if labour force participation rates increase, as they should. Beyond jacking up growth to 8.5 per cent and beyond (by providing an enabling environment and reforming factor markets), what should the government do? The answer cannot be MGNREGA or its possible urban counterpart.  Those are demand-driven fall-back options.  We want scenarios where these aren’t demanded, except as a last resort. 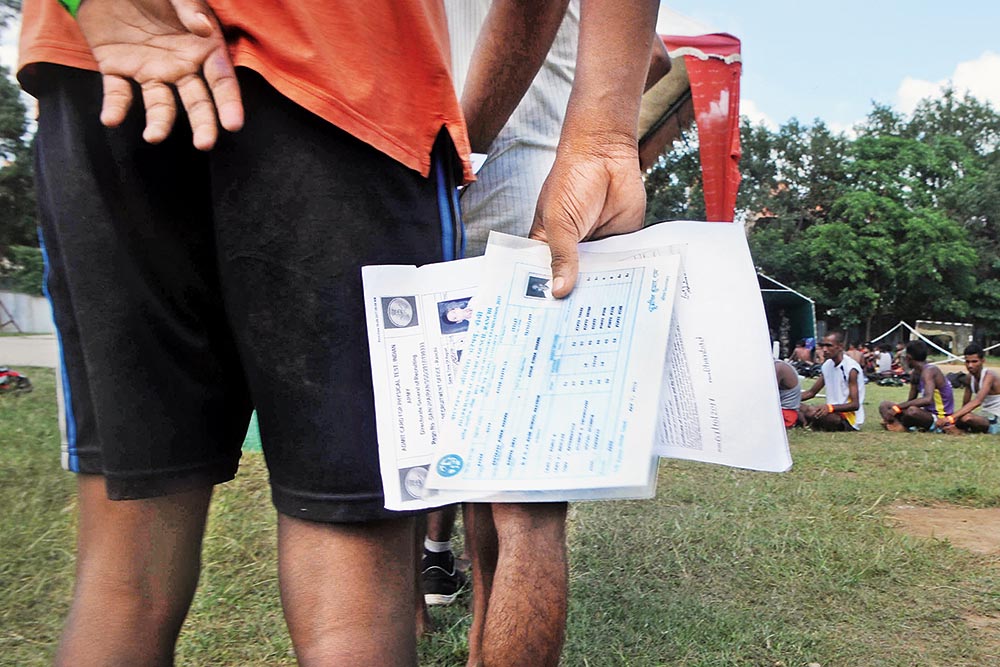 The need to create 12 million jobs a year is greatly exaggerated. Perhaps, 5.25 million is not enough. Perhaps, eight million is more like it.

Given the complex and heterogeneous layers in the labour markets, there are several strands in the response.  (1) Matching of labour demand and supply is inefficient and informal, especially in the unorganised sector, where there is recourse to unregistered contractors.  Hence, the importance of something like the e-SHRAM portal, targeted at unorganised sector workers. While this ensures portable social security and welfare benefits, it is also a database. There is also a portal to match supply and demand of the skilled workforce.  (2) Given uncertainty, social security through pensions and universal health coverage.  (3) Various schemes to upgrade skills, including vocational training and apprenticeship.  This is over and above the initiatives to improve educational outcomes, including higher education, since there is often a lack of correlation between skills delivered by the educational system and skills in demand in the market.  (4) Notwithstanding the medium-term transition from subsistence-level self-employment to more productive wage employment, self-employment will remain. Therefore, credit and other schemes for the self-employed. (5) A broad template of empowerment and inclusion, to ensure that the relatively poor and disadvantaged can benefit from labour markets.  To quote from the Budget speech, “Since 2014, our government’s focus has been on empowerment of citizens, especially the poor and the marginalised. Measures have included programmes that have provided housing, electricity, cooking gas, and access to water. We also have programmes for ensuring financial inclusion and direct benefit transfers. We are committed to strengthening the abilities of the poor to tap all opportunities.”  Dashboards, the President’s recent speech in Parliament, the Economic Survey, the Budget speech and NFHS-5 document the sharp improvements. While these are broad-brush measures, they ensure there isn’t marginalisation. (6) An emphasis on exports. Despite global uncertainty, India’s exports have performed well.  Start-ups, unicorns, ‘Atmanirbhar’ initiative, FDI liberalisation, a new SEZ policy and new regional trade and investment agreements are indications that India is becoming part of global supply chains.  Some six months ago, the World Economic Forum published a white paper on the India opportunity in shifting global supply chains.  That set out a template and identified sectors and government responses, though they inevitably have to be work in progress, are in conformity with that template. 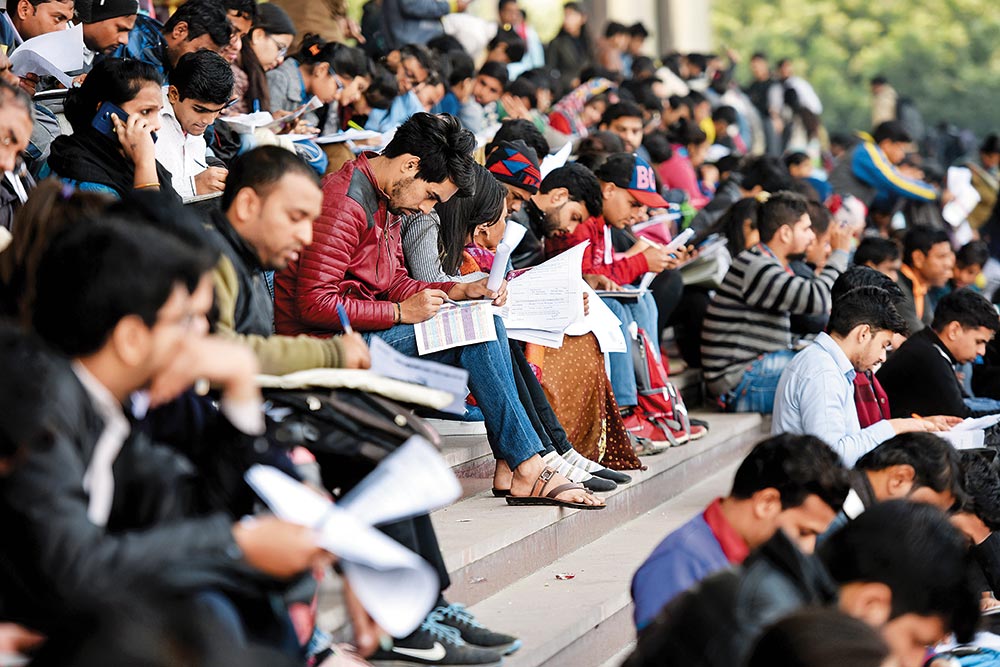 When reacting to labour market trends, one often focuses on the immediate and the temporary—effects of Covid and the lockdown, the five churns and transformations that have been outlined.  Beyond myopia, there is no reason to be pessimistic. Yes, there are challenges. Jacking up growth to 8.5 per cent and beyond requires action by states, not by the Union government alone. Incremental additions to the lab­our force are declining, as the population rate of growth slows. Despite the backlog and possible increase in labour force participation rates, the need to create 12 million jobs a year is greatly exaggerated. Perhaps, 5.25 million is not enough. Perhaps, eight million is more like it and there is no reason why we shouldn’t get there.

(This appeared in the print edition as "Whose Job Is It, Anyway?")