Once completed, the Kaleshwaram Lift Irrigation Project will change the face of the barren Godavari basin. It will win Telangana Chief Minister K. Chandrasekhar Rao tremendous goodwill and political mileage 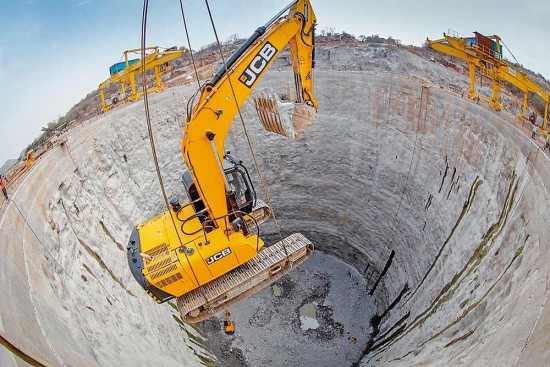 In the mid-nineteenth century, a British engineer, Sir Arthur Thomas Cotton, had turned the barren plains of the Godavari basin into the rice bowl of Andhra Pradesh by laying a network of canals from the river. Sir Cotton’s statues today dot the landscape in Andhra and his name is still mentioned in prayers by millions of people in the two Godavari districts. More than 160 years later, Telangana chief minister K. Chandrasekhar Rao is looking to cast a similar legacy in the mammoth structure of the Kaleshwa­ram Lift Irrigation Project, India’s biggest and costliest. Some say, the world’s costliest irrigation project. But KCR’s pet project is more than just statistics. It’s a dream and hope of millions. The pride of a young state. And it’s about to be completed in August, three years ­after the foundation stone was laid.

Being built at a cost of Rs 80,000 crore—which could go up to Rs 1,00,000 crore—the project is expected to irrigate 18 lakh acres in 13 districts and reinforce the exi­sting irrigation network for 17 lakh acres in seven other districts, which will virtually cover the entire state. Besides providing water to industries, the project will also supply drinking water to towns and cities, including Hyderabad and Secunderabad. For a state born just in 2014, the project is symbolic of what many believe is a rush to “undo the wrongs of history”, a euphemism frequently used to mean alleged mistreatment when it was part of Andhra Pradesh. Former Andhra chief minister, Late Y.S. Rajasekhar Reddy did lay the foundation stone for a barrage across the river Pranahita in Adilabad district, now in Telangana, but it was not enough for the vast swathes of barren land.