Khela Hobe: Game On For Mamata’s Trinamool To Go Beyond Bengal

Mamata’s TMC is on an expansion drive in the Northeast.On its sight are smaller parties, prominent leaders.Will they bite the bait? 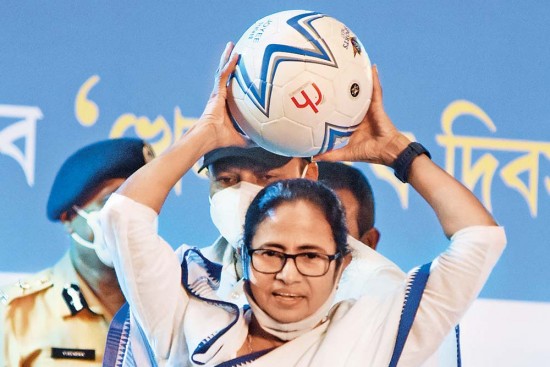 The moves have been fast, very fast. The Trinamool Congress (TMC) unleashed the most aggressive resistance to the NDA government this monsoon session of Parliament—disrupting sittings nth number of times together with the other Opposition parties. A Rajya Sabha MP of the party was suspended in the fourth week of July and another six attracted the same punishment in August for “disorderly conduct”. The party’s aggression has been equally intense outside Parliament: from staging protests to coordinating with parties unaligned with the BJP. This offensive attracted eyeballs, media space, and new associates such as Right to Information (RTI) activist Saket Gokhale who confessed that the TMC’s aggression made him join the party in New Delhi. This charm offensive is playing out miles away from the national capital too—the TMC is courting smaller but influential regional players in Tripura and Assam to expand its footprint in the Northeast following its victory in this summer’s assembly elections in West Bengal. The bait has been dropped, but recent events don’t suggest it can reel in much of the catch. So it seems now.

Take the TMC’s moves in Assam, for instance. The party reached out to two leaders—activist-politician Akhil Gogoi, an MLA of the Raijor Dal that he founded before the Assam assembly elections, and Naba Kumar Sarania, Assam’s sole Independent Lok Sabha MP. Gogoi is a multi-role leader: RTI activist, farmer’s leader, anti-Citizenship Amendment Act campaigner, and one of the leading voices against the BJP. He was arrested and put in jail after anti-CAA violence swept the state in the winter of 2019-2020. He contested the polls from prison, won, and was freed on July 1 this year. The TMC wasted no time to contact him within weeks of his release. He ticks all the boxes to be an ally, or more than that. He was offered a simple proposition: merge his party with the TMC become its Assam unit chief. Gogoi disagreed. But he kept the door open for an alliance and to work together. This August, he praised the TMC chairperson and West Bengal chief minister Mamata Banerjee, publicly announcing that he would like to see her as the next prime minister.