The internet has certainly liberated news. But it negates the training of a correspondent, the endless discussion in news meetings, the polishing of copy and fact-checking by the desk. 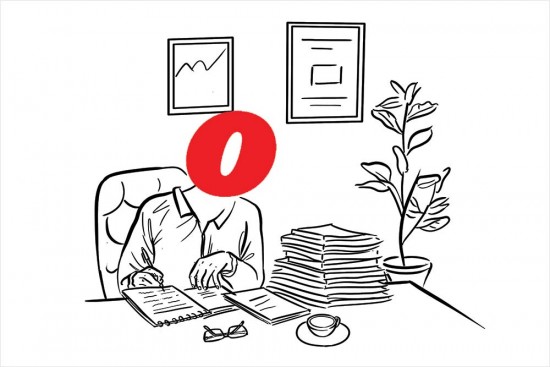 Apocalypse was thrust upon me from birth. Most had predicted I would be stillborn but I quickly sucked on the oxygen of news and toddled away. Much before the Stephen King cult horror film, IT had me in its grip when I was barely in the incubator. As I was shaking away that ghost, a new shiny apparition of blazing lights and blustering mics of news TV channels scarred my formative years. Internet was getting its byte, weaving its web, about to hold us all in its thrall.

Every year it was predicted would be my last. Yes, my 26th birthday celebrations this year was muted in keeping with the Greek alphabets in the air, it was combined with the year-end issue, but I have ridden the apocalypse far too long now to let it worry me.  You are so slow and stodgy, laughs social media. You read long and winding, smirk digital portals. I have heard worse, I have taken many knocks on my way here that doomsday now seems boring. And I have many treasures inside me, many hidden insights within my pages, many images to pause and ponder which will be revealed as you read on (don’t panic, you New Media, it’s a 6-minute read, well within your attention span).

In Search Of Borders

A reader sent me a letter recently about road rage in his city. At the end of the first page was Read More…, same in second page, the third and the fourth. Another reader posted photos of her trip to Munsiyari, asking if they can be published. There were 39 of them, eleven of them of Panchachuli from the same angle from her hotel balcony.

So far all art forms have had a border. Cave paintings are on stone blocks, books have covers, films, theatre and opera have running time, paintings have frames, music concerts have duration, newspapers and magazines have word limits. It helps in distilling thought, polish sentences, tighten a set-piece. That’s why writers throw away pages, musicians delete notes, filmmakers edit out scenes. What’s left out in a book, a film or a piece of writing is vital.

Two, all forms of communication have had someone to sift through—editors, directors, conductors, composers, curators, photo coordinators. For the first time perhaps New Media has neither. This is interesting, as at once it’s fiercely democratic—where news is free of the tyranny of an editor—as well as crazily chaotic. The internet has certainly liberated news. But it negates the training of a correspondent, the endless discussion the editors have in my news meetings, the passionate pleas by reporters for their pitches, the polishing of copy and fact-checking by the desk. That was the problem with the letter above. The New Wave French film icon Jean-Luc Godard had famously said that every story should have a beginning, a middle and an end but not necessarily in that order. The writer had wholly embraced it.

So, what shape will this New Media, unbridled and for now unhinged, which they say is all set to devour me and make my brethren extinct, take in the coming days? Till we know that, I will go on doing what I know best, as I have been doing in my last few issues . I will take you behind headlines and beyond breaking news. I will take you to Oting and Jaunpur, to Shopian and Mahul, to meet the people there, to hear their stories, to laugh with them, to weep with them. I will tell you stories that will make you angry, some may even move you to get up and do something. I will get you voices from jails, from classrooms, from hospitals. I will profile unsung heroes and publicity hounds, head honchos and the foot soldiers. I will go to high-offices and low lives, to farmers and to army camps, to feudal palaces and streets of disrepute. I will show you their lives in the big picture not in thumbnails, with illustrations and artwork, laid out with pizzas and panache. Where else will you find an original short story by Perumal Murugan, fresh thoughts on travel by Pico Iyer, a meditation on art by T.M. Krishna, like we have in this issue?

I am easy to take along, I don’t run out of battery. I don’t break, shatter and won’t die on you. I am charged all the time, more foldable than the latest device, I don’t need frequent upgrades. And while I await apocalypse, let me uncork a bottle and think of the next great story to tell you.