India’s Northeast is the last bastion of resistance against rapacious, extractive policies that seek to bankrupt the earth within the lifespan of one generation 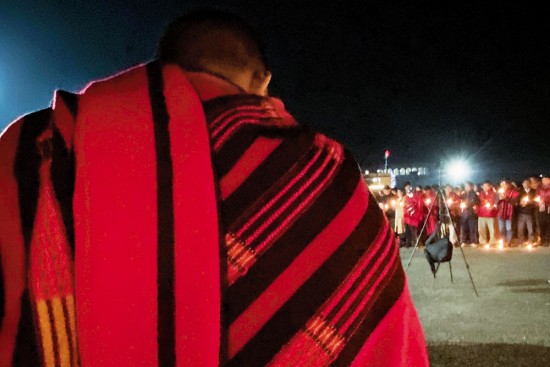 At a recent gathering in Mumbai, a senior educationist spoke of how she had wept on hearing about the Indian Ar­m­y’s massacre of 14 innocent coal miners at Oting village in Nagaland’s Mon. “I have visited Nagaland, have come to know communities here and seen their living conditions. How could this have happened? I am confused,” she said. Cutting her short, a senior businessman said an army general had told him that the controversy around these deaths was “a media concoction”.  Were the villagers not carrying guns? Why did they not stop when the security personnel flagged their vehicle, he said. The off­icial whitewash does not hold in the light of subsequent eye-witness accounts saying the army fired directly upon the coal miners, without warning. Meanwhile, anyone familiar with eastern Nagaland districts knows that young men with locally-made hunting guns are a common sight on the hill roads.

Over the past two decades, with a ceasefire agreement in force, Nagaland has seen relative peace after decades of conflict. Since 2015, and following the signing of the Framework Agree­ment between the central government and one of the main Naga factions, all have been eng­aged in peace talks. There has hardly been any major confrontation in this period between the army and insurgent groups. The Naga factions in Mon openly move around, passing by security personnel in the day and even sharing a drink with them at night. Konyak tribals living on both sides of the international border come and go freely. There is no way of identifying who is an “insurgent” or “terrorist”. So, what new ‘intelligence’ did army paratroopers based in Jorhat, Assam, had, that warranted their foray into Nagaland to conduct an ambush while bypassing the local jur­isdiction of Assam Rifles?