A new anti-trafficking law is an improvement, but has too many teething flaws to make it a watertight instrument to tackle the crime and the criminals 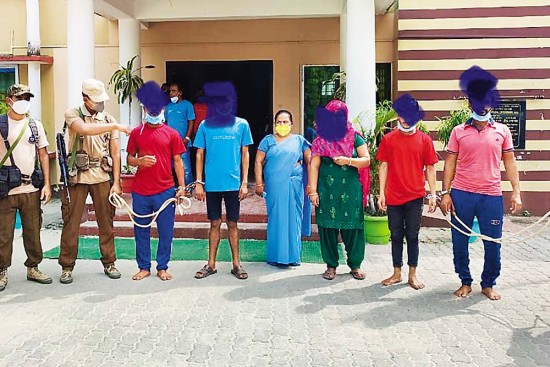 In March 2021, at Basirhat area of North 24-Parganas district in West Bengal, two men in their mid-20s who had been stalking two girl students of class 9 since January, trying to allure them with the prospect of happy mar­riage, forced the two minors into a car and took them to Bharuch in Gujarat, where they sold them to a brothel.

It took Ruksana Khatun and Preeti Das (names changed) two months and many failed attempts to contact family amid daily torture, to finally manage a phone to call home. Intimated by a Basirhat-based NGO, the Gujarat police tracked down the number, zeroed in on the brothel and rescued them. Due to the Covid lockdown, the young men who brought them to Gujarat were stranded in Bharuch, and with information from the brothel owner, the police arrested the duo. A police team from Basirhat brought back Khatun, Das and the two accused. But, to the horror of the two survivors, both the accused got bail from a court in January 2021, despite being booked under provisions of the POCSO Act and the police having filed a charge-sheet on time.