Has India’s OBC population gone way beyond the 27 per cent counted in 1931? The only way to know for sure is to count again: Bihar’s political foes are one on this demand. 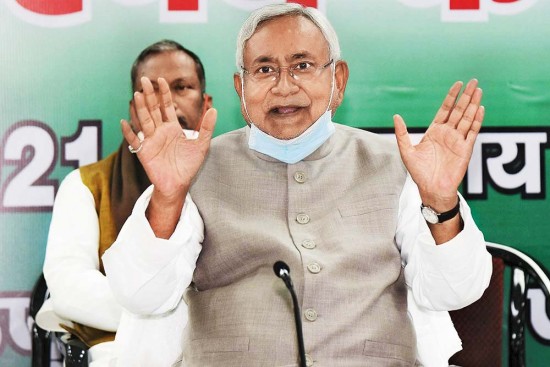 Bihar CM Nitish Kumar and RJD leader Tejashwi Prasad Yadav have not been on the same page on almost anything since their alliance went kaput four years ago. But now they appear to be in total agreement over at least one issue: caste census. Nitish shot off a letter to PM Narendra Modi on August 4, seeking appointment for an all-party delegation led by him to discuss the issue, and is awaiting the PMO’s nod. The Centre has, for now, ruled out any headcount on caste basis alongside the 2021 decennial census. It has also made it clear that the report of the socio-economic caste census (SECS) conducted in 2011 would not be made public.

“We received the acknowledgement of our letter from PMO on August 13. Whenever the PM finds it appropriate to give us time, we will meet him,” the CM says. “And whatever will come out of that meeting, we will all ­discuss it. We want the caste census to be conducted, but the decision has to be taken by the central government. The Centre had conducted a caste census in 2011, but it did not ­publish its report at that time.” For a change, Nitish’s stand is in sync with the RJD’s long-standing demand. While the RJD was a constituent of UPA, party president Lalu Prasad Yadav had hit out at the erstwhile Manmohan Singh government for not releasing the SECS findings. Now, Tejashwi has written a letter to PM arguing, like Nitish, that caste census is in the larger interest of society.

The RJD has now planned to stage a dharna at Jantar Mantar in Delhi to press for its demand. “It is obvious that the PM is ignoring Nitish’s letter by not giving him time. We are now left with no option,” Tejashwi says. Lalu has gone to the extent of saying that the underprivileged sections, including Dalits, might boycott the census if the caste census is not conducted.

Evidently, in a state where politics has revolved around the caste factor in both the pre- and post-Mandal eras, it is not surprising to find the Opposition echoing voices from the ruling party and vice-versa on such an issue. Lalu claims the Centre is not putting caste census reports in the public domain because there has been a substantial increase in the numbers of backward and other underprivileged castes. He has long been pitching for proportional representation of the backward castes in the quota system in a bid to consolidate his vote bank.

Nitish, on the other hand, does not want the Opposition, especially the RJD, to extract any political mileage out of the issue. At the same time, he apparently does not want to be seen as being opposed to the caste census, especially in the wake of the RJD’s vociferous demands. That is why he promptly sent a delegation of JD(U) MPs to meet Union home minister Amit Shah and convey their party’s stand.

Claiming that he has been raising the issue since 1990, the CM says the state legislature passed resolutions in this regard twice, in 2019 and 2020. “The caste census is in everybody’s interest since it will help in formulating plans and policies,” he says. Curiously, Nitish’s ally, the BJP, has lately maintained a studied silence on the issue in the state despite supporting both the resolutions earlier. The JD(U) has dropped hints that Bihar might go for a caste census if it is not done at the national level. ­“Karnataka had once conducted a caste census. If it is felt that a caste census should be conducted in Bihar, we will talk to all stakeholders,” says Nitish.

The CM’s stand, therefore, appears to have set the stage for yet another showdown between the two allies in Bihar’s ruling coalition who have shared blow-hot-blow-cold relations since the 2020 assembly elections.

(This appeared in the print edition as "The Die Is Caste")