Noose Around Our Necks

The Citizenship (Amendment) Bill announces the arrival of Hindu Rashtra, whose main goal is the subjugation of Indian Muslims 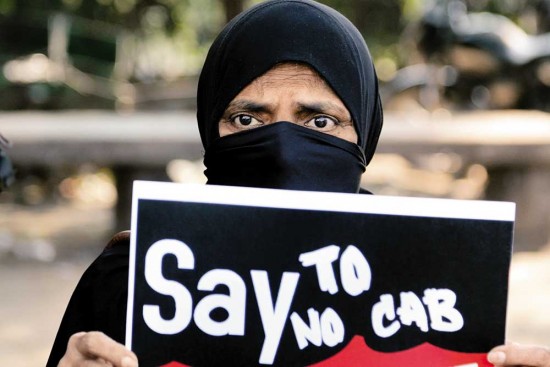 The Citizenship (Amendment) Bill (CAB) passed by Parliament is nothing short of a hangman’s noose around the necks of Indian Muslims, already virtual second-class citizens. It defines India in majoritarian terms, which will inevitably impact the ­morality of the nation-state, far ­removed from anything that the founders of the republic could have imagined. But, beyond the argument that it violates the essential spirit of the Indian Constitution, the CAB, in conjunction with the National Register of Citizens (NRC), actually weaponises the State and law enforcement ­agencies against Muslims. It continues the process of viciously encircling Muslims, be it in Kashmir, or through cow politics and consequent lynchings, or through diminished representation in Parliament and assemblies, or through multiple hysterical public ­debates drawn from stoking the historical Hindu-Muslim faultline. It does appear to India’s 200 million Muslims that isolating, hating and disenfranchising the community is not a mere consequence of a new kind of nationalism, but its principal purpose.

The CAB along with the NRC can ­potentially ensnare and entrap Muslims, particularly in BJP-ruled states as law and order is a state ­subject. Let us first accept that it is competitive electoral politics that has produced the CAB, which was pushed as a reaction to the NRC in Assam after many Hindus failed to establish their citizenship. Beyond trying to undo the damage to what the BJP sees as its own electorate in Assam, CAB-NRC is now electoral strategy for West Bengal where assembly elections are due in 2021. It can, of course, be used in the rest of India, too, as and when local conditions are ripe for baiting minorities and manufacturing communalism to help a particular political party along.