A 74-year-old woman from Amritsar narrates how she braved social prejudice, bitter cold and a heart attack to stay put at Singhu border with other protestors. 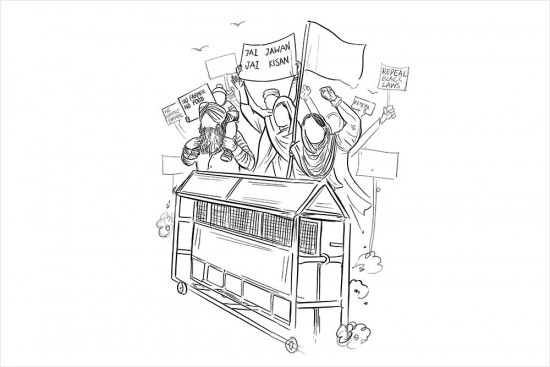 When the three farm laws were passed last year, I too, like all other farmers in the country, tried to make sense of the heavily worded and voluminous text which laid out the legislations. News had started to trickle in about anger within the farming community over the three laws, which were said to be loaded against us and gave big corporates a free pass to run roughshod over the peasants. Community leaders in our own village in Amritsar explained in detail how the new laws were extremely harmful to our interests. I realised that these were black laws and we had to oppose them.