'One Nation, Many Systems' - North-East's Special Powers Hang By A Thread, Will It Go The Jammu & Kashmir Way?

After stripping Jammu and Kashmir of its special status, will the Centre go after Article 371 that gives special provisions to the Northeastern states? 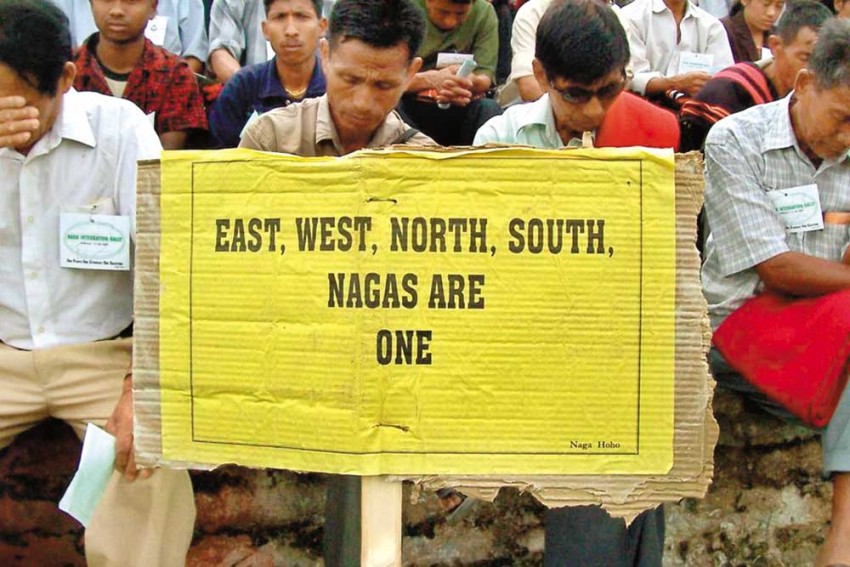 Burden Of History
A protest demontration demanding integration of all Naga-inhabitated areas in the Northeast.
Sanjoy Hazarika August 08, 2019 00:00 IST 'One Nation, Many Systems' - North-East's Special Powers Hang By A Thread, Will It Go The Jammu & Kashmir Way? 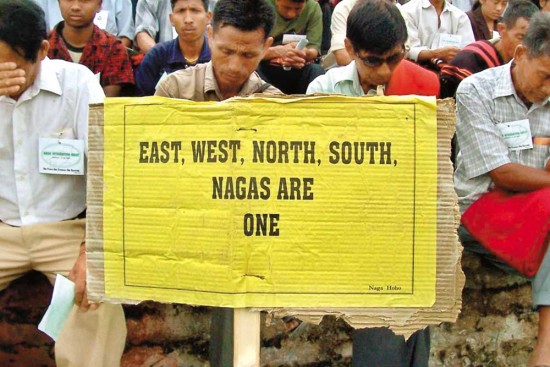 In April 1970, the autonomous state of Meghalaya was inaugurated in Shillong, the capital it shared with Assam, in crisp sunshine, amid cheers of a large crowd. I was a teenager then and remember being part of the audience at the Garrison Grounds, listening to Prime Minister Indira Gandhi eulogising the statesmanship of hills and plains that had made a bloodless birth possible.

It was a time when the Naga and Mizo hills of the region were ablaze with insurgency, testing India’s security, integrity and strength. But Meghalaya trod a different, non-violent path. Described initially as a “state within a state”, it was proclaimed a full state by the Centre in December the following year along with Manipur under the North Eastern Areas Reorganisation Act (1971).

The Meghalaya case showed how, in its dealings with the Northeast, Delhi has adopted a degree of flexibility, sensitivity, resourcefulness and risk-taking that it has rarely displayed elsewhere.  That sense of experimentation and responsiveness has emb­raced all political parties and opinions in a region where a newly independent India was first tested by armed rebellion in the Naga hills.  Key priorities have been inclusiveness of small ethnicities and minority groups—and there are over 250 of  them in this landlocked space—peace-building as well as unle­ashing the full force of the State against bands of elusive rebels.

That approach was reflected in the Centre’s agreement to create a new state to clinch a peace deal with the Mizos in 1986.  In extraordinary moves, it upgraded a Union territory, handed power to rebel leaders while displacing its own government, going the extra mile to win confidence and ensure constitutional inclusion. Mizoram remains the most peaceful state of the Union. True, there has been extensive use of the much-feared Armed Forces Special Powers Act (AFSPA) as well as of armed forces which remain on standby in a few states in the region.

Given this background, the abrupt abrogation of Jammu and Kashmir’s status has unsur­prisingly sent a chill through the Northeast. An editor said that “there’s a stunned silence as of now”.  Despite the Centre’s unequivocal assurances that small Northeastern states—Sikkim has a population of less than a million—had nothing to fear, people from the region have told me that they are worried that parts of the “protective clauses” could be similarly scrapped.

Concerns have long existed about the future of the nearly 70-year-old Sixth Schedule which is seen as discriminatory by non-tribal groups (or mainland Indians) who are minorities in the hill states.  It requires them to have special permits to visit and conduct business and does not allow them to hold permanent property rights. Local leaders say a multiplicity of government systems leads to conflicting power centres while allegations of poor governance and extensive corruption fly about.

“In its dealings with Northeast, Delhi has adopted a degree of flexibility and sensitivity that it has rarely displayed elsewhere.”

Meghalaya and Manipur have seen sporadic outbursts seeking extension of the colonial Inner Line Permit that would enforce greater controls on migrants and travelers.  Nagaland, Mizoram and Manipur have their own version of resident/citizenship registers, which aim to protect the rights of ‘local’. These are variants of the controversial exercise to update the National Register of Citizens (NRC) in Assam.

While Delhi has also, in turns, been combative, dismissive, ignorant and confrontational, it is here that it led laboratory experiments in democratic devolution which preceded Panchayati Raj of 1993. Back in the 1950s, the Sixth Schedule tightened the influence of small communities in the hills and was exte­nded later to the Bodos in the Assam plains.  A slew of constitutional provisions protect tribal populations in the Northeast today.

Thus Union home minister Amit Shah was quick to dismiss Congress MP Manish Tewari’s suggestion about concerns in the Northeast on possible repercussions. Shah dec­lared unhesitatingly that a temporary provision like Article 370 was different from special provisions (Article 371). Shah said that the ser­ies of clauses in 371 for these states protected social and cultural rights and resources and, therefore, would not be touched.

The governance patterns, built on social capital, cover issues of political representation, traditions and customs, control over land and natural resources. Eight clauses in 371 give the states of Arunachal Pradesh, Assam, Manipur, Meghalaya, Mizoram, Nagaland, Sikkim and Tripura—as well as specific communities and geog­raphies within their territories—special entitlements, privileges, powers and rights which are not available to many groups elsewhere.

Take Nagaland, for example: Under 371 A, the state can have its own administrative and legal mechanisms based on customary laws, and the right to conduct religious and local social practices. In Mizoram too, there are similar provisions with traditional customs not constitutional practices dominating land ownership and control over natural resources, unlike other states where the Centre enjoys those powers. In several of the states, the governor can overrule the decision of the chief minister on an issue of law and order.

However, Naga columnist Imlisanen Jamir wrote in The Morung Express that “Nagaland too hangs by a thread in its relationship to the Indian Union”. He was referring to 371A, the article that many Nagas see as the umbilical cord connecting Nagaland and Delhi.   Furious resistance to any change was seen when the Nagaland government tried to introduce women’s reservations in local elected bodies a couple of years back. The state government was forced to capitulate and eventually collapsed.

The buzzwords of “development and growth” have been preceded by constitutional innovation and the iron fist. Funds have never been a concern and the flow of cash to the region and its small units have always been seen as a lever of power, as a method of consolidating gains and manufacturing political consent, silencing dissent and dividing foes.

For the Nagas, Shah’s reiteration that the Naga Accord would not be affected is important. This was a reference to the 2015 Framework Agreement which was signed when the new governor of Nagaland R.N. Ravi was the Centre’s interlocutor with the NSCN (I-M) insurgent group. Details of this have not been made public. Ravi’s dispatch there is regarded as an effort to quicken the pace for a comprehensive settlement to a conflict that has eluded consensus for over 50 years now.

This may have just become trickier as the idea of “one nation, two flags” for Nagaland, which has been on the table for years, is unlikely to pass muster now and negotiating flexibility for the Nagas has reduced. Unlike Kashmir and Hong Kong, the Northeast does not suffer from the idea of ‘one nation, two systems’. Indeed, it has imb­ibed and practices ‘one nation, many systems’ incl­uding an unspoken process going back decades where armed groups collect taxes from government officers and departments in Nagaland and Manipur to bolster incomes.

Sanjoy Hazarika  is the International Director of the Commonwealth Human Rights Initiative. Views expressed are personal