The image of JNU, a national brand, is being tarred in the name of the nation, writes political commentator and policy analyst, Sanjaya Baru 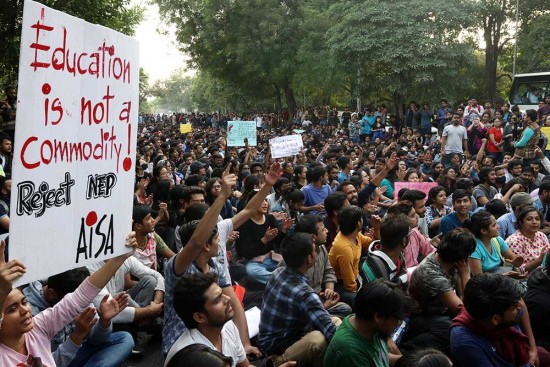 I have often said with a sense of national, not just individual, pride that I never studied abroad, but I have taught abroad. This sense of confidence in one’s academic capabilities is what JNU imparted to my generation. As students, most of my generation chose not to apply for admission to a foreign university. JNU was good enough. Studying at an Indian university rather than abroad was our concept of nationalism. This is worth emphasising when hundreds of thousands of Indian students are spending upwards of US$6 billion annually in tuition fees paid to all manner of institutions around the world, running away from an increasingly unsatisfactory higher education system in India. Foreign universities are busy selling admission to educational courses abroad in the Indian marketplace.

In the depressive milieu of inc­om­petence, casteism and greed for money in higher education, JNU stands out as a beacon of hope for many, offering good quality education at an affordable cost. It is still a national brand that enjoys value in the market for research, for jobs in government and, indeed, for further education abroad. In 2015, the Union ministry of human resource development constructed a National Institute Ranking Framework (NIRF) and ranked all publicly funded institutions of higher education. The Indian Institute of Sciences, Bangalore, topped the list, followed by JNU. This means JNU is the No. 1 university in social sciences, arts and humanities. It has retained that rank through the past four years of the motivated campaign against it. It is, therefore, unfortunate that instead of strengthening a national brand, a systematic campaign has been launched in the name of nationalism to tar the image of a premier public institution.