From Partition to genocides in Rwanda and elsewhere, museums are important to understanding our fractured past. 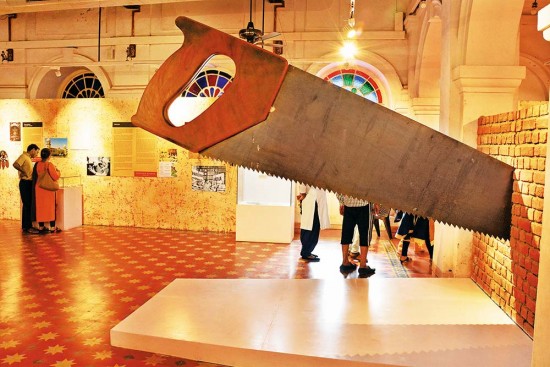 In a rapidly changing world and with the experience of the pandemic not quite beh­ind us, we all yearn for a better time, for a ‘normalcy’ that seems to have disappeared from the world. This longing for a time before the pandemic, even for a world that was not as precarious as it seems, can be seen as a kind of nostalgia. Nostalgia leads to the making of stories that make an earlier time more glorious than the present, whether this involves individual memory, family narratives, or the myths that nations construct about themselves. In the case of nat­ions, national myths have been housed in museums dedicated to newly-formed countries, especially in the postcolonial world. Pointing this out in her article, The Museum is National, art historian Kavita Singh reads the construction of a narrative of national greatness in the National Museum in New Delhi in the way that sculptural traditions of the subcontinent were read as different from European art.

Museums have traditionally been seen as institutions that preserve, enshrine, and glorify anc­ient histories and hoary traditions. However, the role of the museum has undergone a transformation as we reckon with past and recent histories of war, genocide, slavery, and dispossession of ind­igenous people in different parts of the world. Instead of reverence and high art, museums can be places that encourage debate and an acknowledgement of multiple axes along which material culture, historical narratives, and representation can be understood. Saloni Mathur argues for a kind of “churning of the museological status quo” in which every aspect of the museum, from its funding sources to the complicated histories dep­icted in them, are being debated today. The museum may now be seen as a place where ‘difficult knowledge’ can be debated, as the title of a collection by Erica Lehrer et al. announces.