Phantom Comics And Phantom Cigarettes: Collective Yearning For A Vanished Past

Mukul Kesavan’s essay on middle-class nostalgia in India—looking back fondly at a time when Indians were worse-off than they are today. 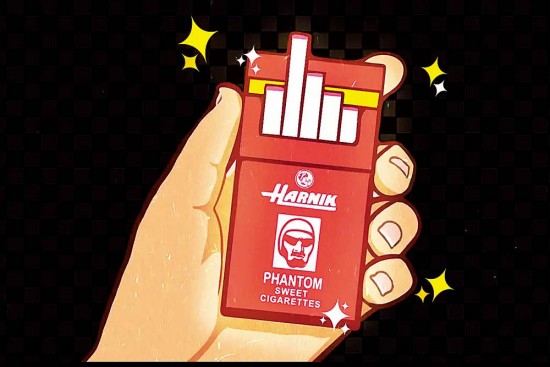 Earlier this year, a friend sent me a packet of peppermint cigarettes called Phantom and for a dislocating second, I was twelve again. Sticks of white peppermint with one end painted red; that was meant to be the smouldering tip. I used to smoke them in middle school out of a red-and-white packet that looked vaguely like a real cigarette brand called Red and White except for the Phantom’s head crudely printed in the centre. I bit off an end and I was home. Every childhood has its madeleine and this was mine.

Nostalgia needs absences and that packet fairly thrummed with vanished vibrations. There was the Phantom, aka the Ghost Who Walks, who hadn’t had an outing in years. The periodical in which his adventures used to be serialised, The Illustrated Weekly of India, India’s ur-magazine, had been dead for nearly three decades, killed off by Samir Jain in 1993 along with Dharmyug. Just to say the names is to name the dead. There is something right about the fact that the Weekly died soon after the economic liberalisation announced by Manmohan Singh in the summer of ’91; it died with the India it used to illustrate.