As another grand spectacle of elections unfolds in five states, here is a glimpse of how much the leaders bank on the politics of emotions. 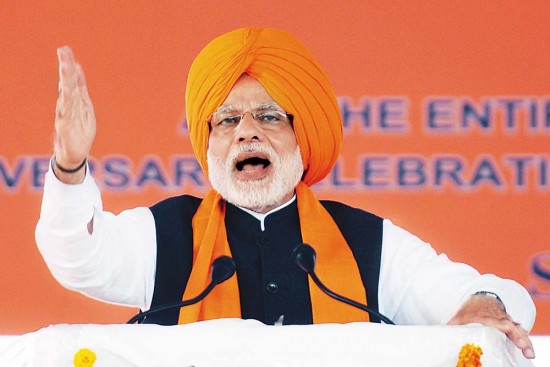 We have all grown up with images of an Indira Gandhi trying to match steps with a north-eastern dance troupe or a Nehru laughing awkwardly as a kireedam is being placed on his head in Tamil Nadu. As we settle into 2022, it is Narendra Modi in a turban in Punjab, Priyanka Gandhi hugging a family member of the Dalit girl who was raped and killed in Hathras, Yogi Adityanath having a meal at a poor man’s house, Arvind Kejriwal in saffron robes in Ayodhya or Mamata Banerjee in easy banter in a Goan household.

What impact does this emotional tugging at a voter’s heart have? Are women going to come out in hordes to vote for Priyanka Gandhi or will the Hindutva brigade melt at Kejriwal’s attire? Most likely, no. But politicians hope that these messages touch the voters at a subconscious level and will boost their image in the constituencies they are trying to win over. As another grand spectacle of elections unfolds in five states, here is a glimpse of how much the leaders bank on the politics of emotions. 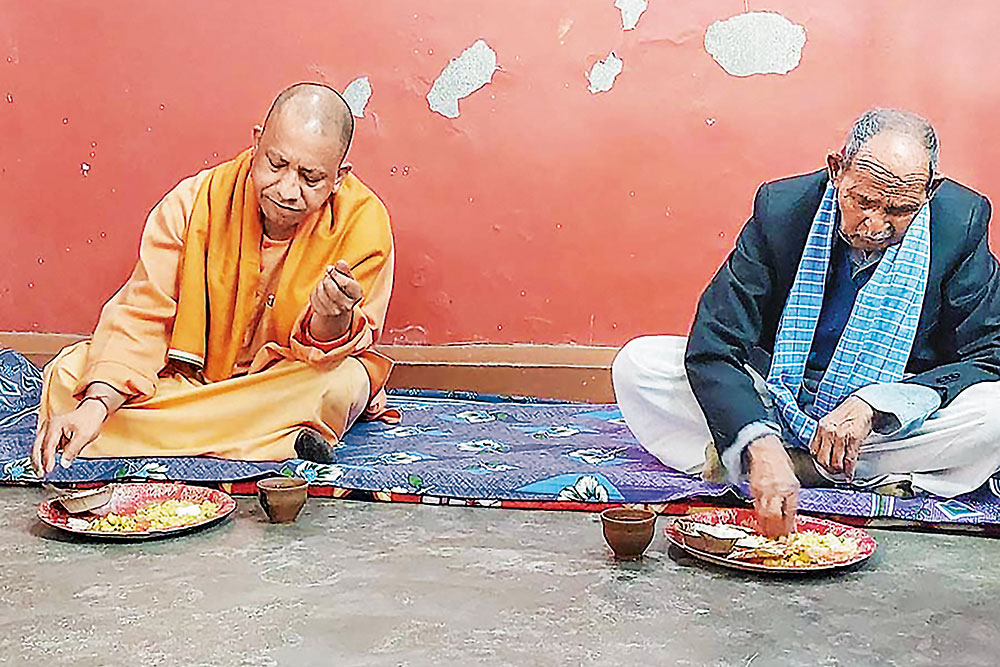 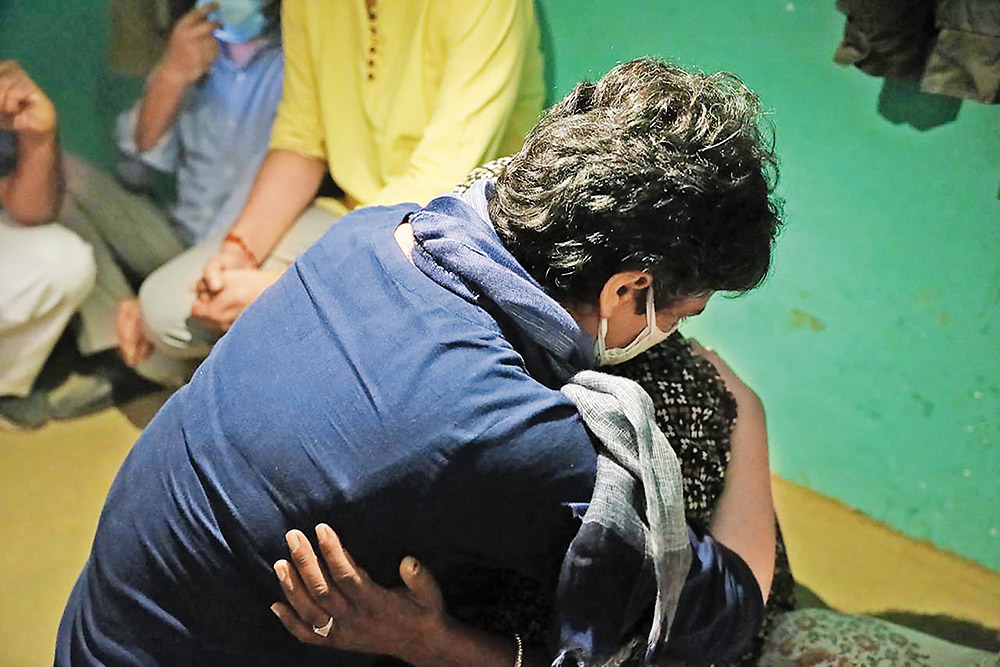 Congress leader Priyanka Gandhi hugs a family member of the Dalit woman who was gangraped and murdered in Hathras. Photograph by PTI 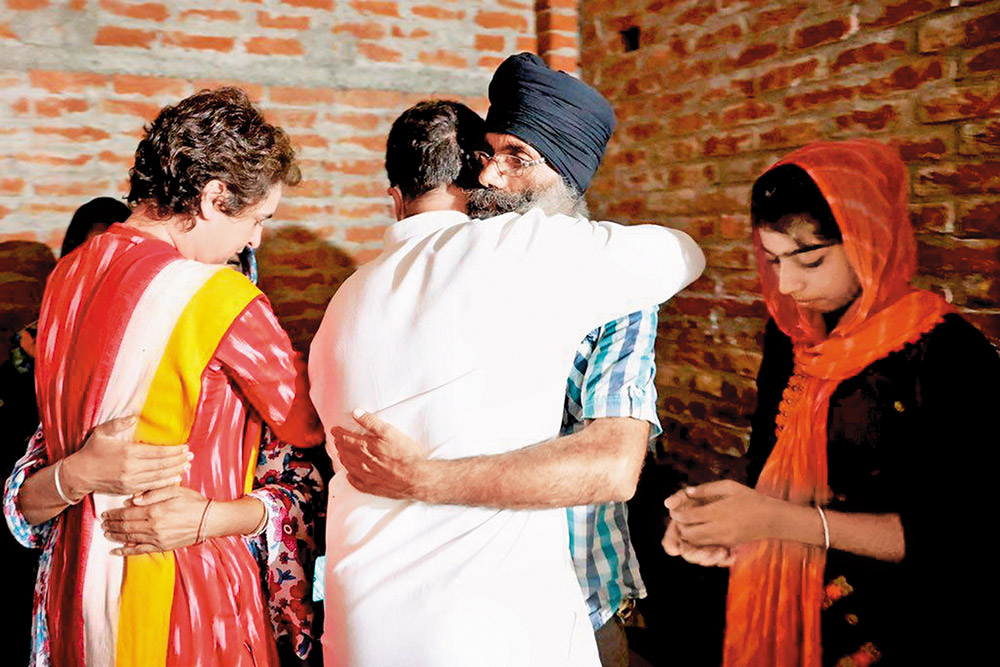 Congress leaders Rahul and Priyanka Gandhi meet the family members of farmer Lavpreet Singh, who was killed in Lakhimpur Kheri. Photograph by PTI 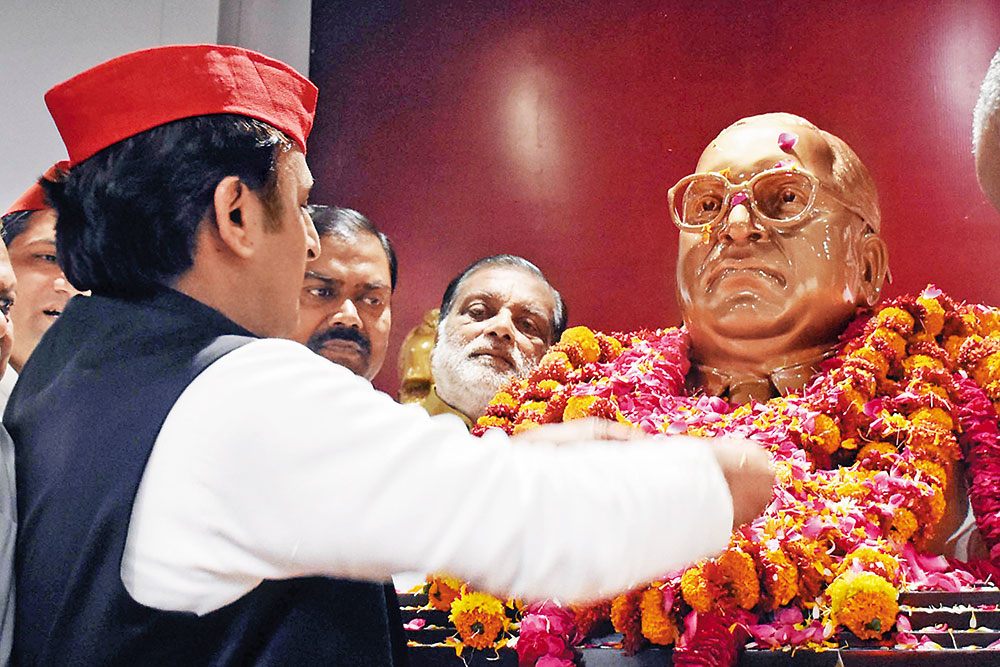 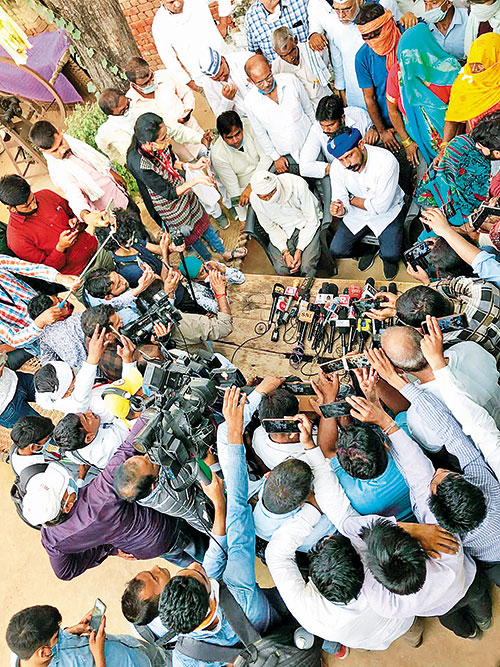 Bhim Army chief Chandrashekhar Azad at the house of the Hathras victim. Photograph by Chinki Sinha 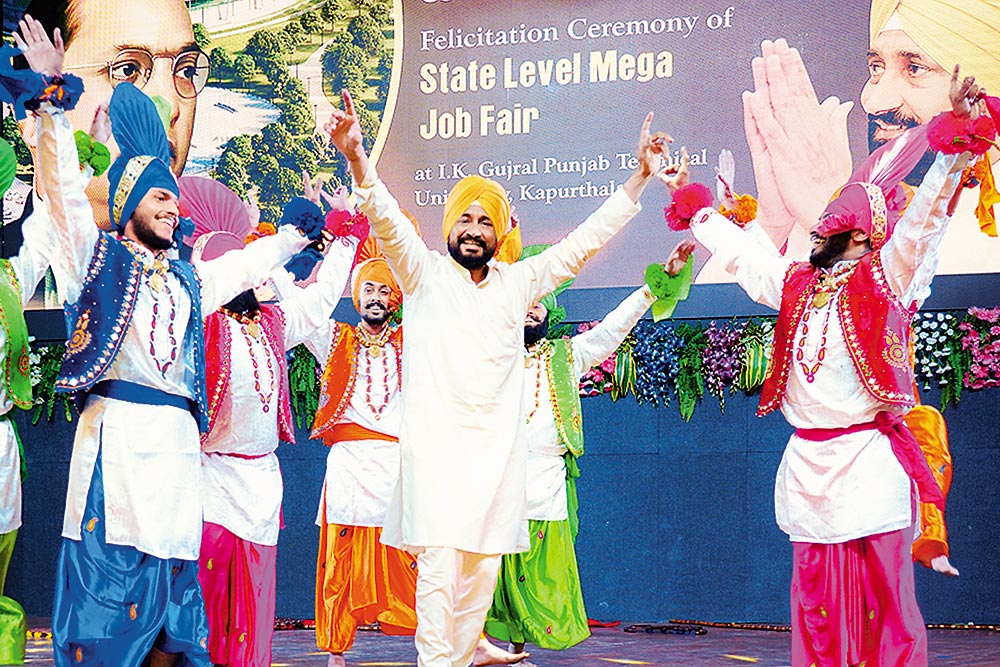 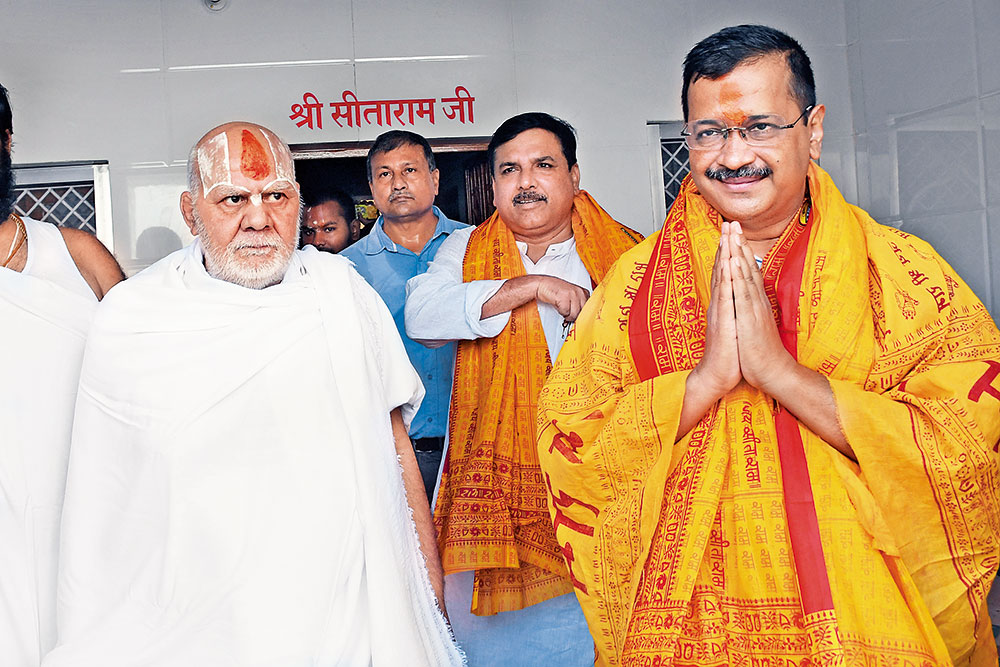 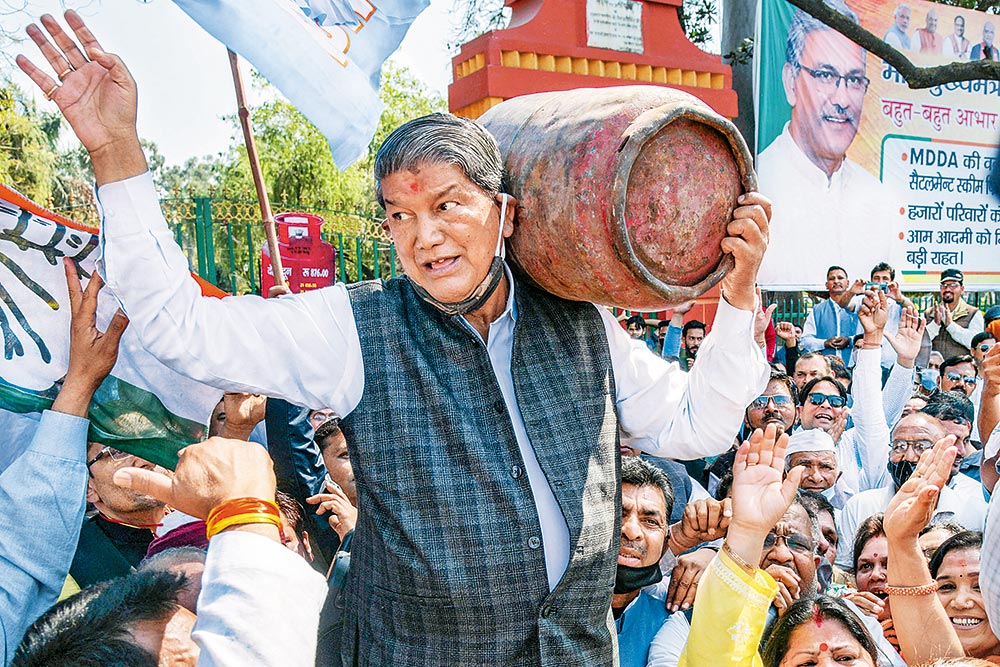 Former Uttarakhand CM and Congress leader Harish Rawat carries a cylinder during a protest against fuel price hike, in Dehradun. Photograph by PTI 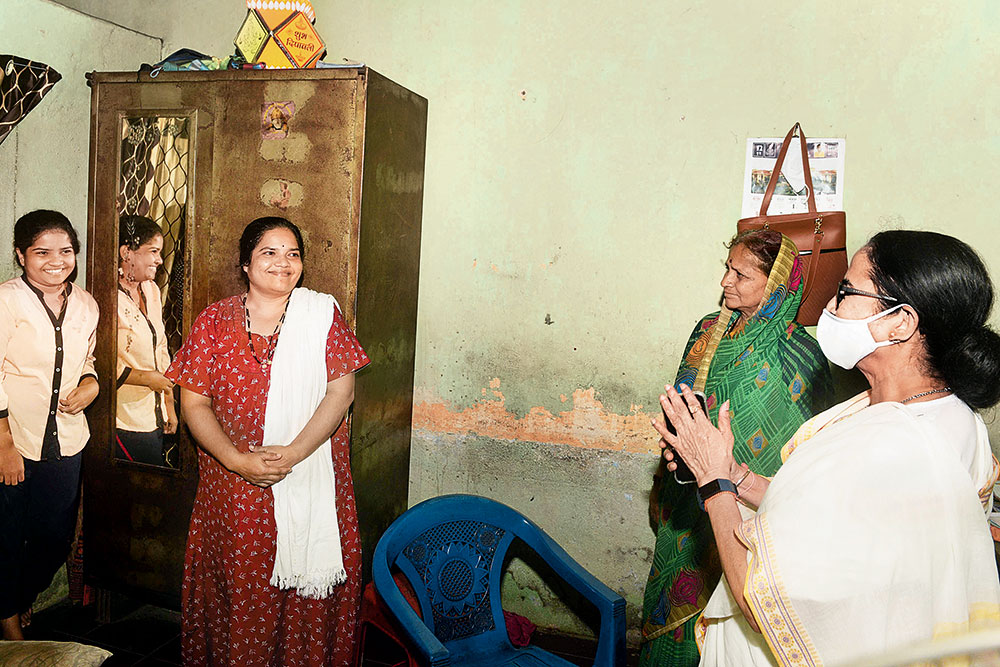 West Bengal chief minister Mamata Banerjee at the house of a Goa resident during a visit to Panjim. Photograph by PTI