Benefits of social schemes barely reach the most needy despite claims of success. About 52 per cent of Bihar’s population is deprived of nutritious food, while 45.62 per cent of pregnant women do not get health benefits. 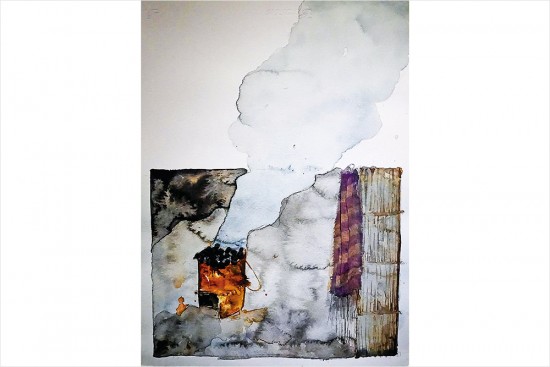 Anita Devi, 36, stopped refilling the LPG cylinder five months ago and packed the gas stove in a nylon gunny bag. When I met her on a winter afternoon, she opened the bag to show the stove—a proof of her as a Ujjwala beneficiary. “LPG has become so costly that I can’t afford refills every month. So, I packed and hung the stove and cylinder,” says Anita, resident of Bajitpur Kartar panchayat in Vaishali district, around 90 km from Patna. She lives in a one-room thatched hut—with a low roof which makes even standing upright difficult—with her husband and five children. She cooks with firewood on an earthen stove; smoke from the chulha has left a thick layer of soot on the roof. Dirty clothes hang from hooks on the walls. The dank and smoky room reflects Devi’s life in abject poverty and helplessness. She has requested the mukhiya multiple times for a pucca house under the Prime Minister Awas Yojana but was denied. “He says one house was allotted to my grandfather. Hence, I am not eligible for a house, though we live separately from the extended family,” she adds.

That afternoon she had cooked rice and kabachhua, a bean that grows in the wild. Scientifically, the bean is considered healthy food but Anita does not know it. She has no money to buy green vegetables. By deciding not to refill the gas cylinder, she has freed herself from the hassle of spending Rs 1,000 every month, but Anita has to struggle for at least 10 days every month to collect firewood for cooking. “After roaming for a whole day in the forest, a kilometre away, I collect as much wood to cook for three days. So, I have to spend 10 days a month arranging woods,” she adds.